Tonight, iconic goth movie The Hunger comes to the ICA – we revisit the style of its bloodthirsty protagonist, played by Catherine Deneuve 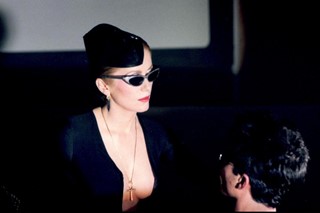 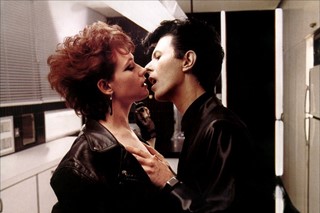 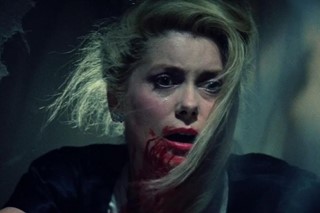 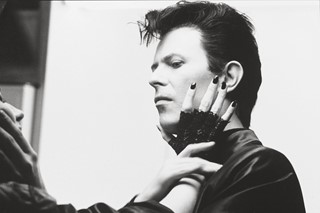 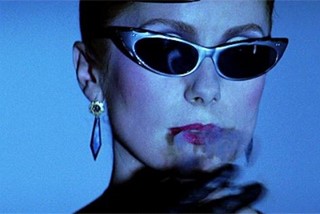 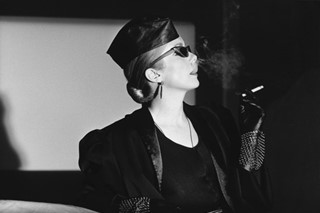 As part of their punk season, tonight the ICA London will screen the late Tony Scott’s 1983 erotically charged vampire horror The Hunger, starring Catherine Deneuve, David Bowie and Susan Sarandon. Renowned for Top Gun and his post-1986 blockbusters (Man on Fire, Unstoppable), The Hunger was Scott’s attempt at an arthouse update of the hyper-sexualised bloodlust-meets-lust-for-flesh vampire flicks of the 60s and 70s. If the cast (and the prospect of a steamy love triangle) didn’t reel you in, it’s likely the opening scene did. Set in the dark yet glamorous corners of a New York City club, John (Bowie) and Miriam (Deneuve) Blaylock are scouting out their next victims, soundtracked by a live rework of Bauhaus’ 1979 single, “Bela Lugosi’s Dead”, a track coined as a harbinger of the post-punk goth movement. Seducing two local goth kids and taking them home, the strangely fangless John and Miriam forgo traditional bloodsucking methods, instead piercing the jugulars of their victims using ancient Egyptian Ankh pendants. Meanwhile, the scene is juxtaposed with footage of two monkeys in a cage tearing at each other’s flesh.

The Hunger may be a vampire film in which the word ‘vampire’ is unspoken and the queen vamp is even lacking a set of fangs – but it certainly has one hell of a bite. Influential both on the runways and the cover of many a magazine, we unpick the meaning behind Miriam’s fashionable façade.

Renowned for her poise and polished style credentials off-screen as a muse of Yves Saint Laurent, who designed her clothes for the film, Deneuve’s character Miriam doesn’t fall far from the tree. It’s not every day you find a vampire that listens to Bauhaus while clad in a full leather look, lips stained by Chanel Rouge Passion (or blood), is it? Impeccably dressed with predatory intent, Miriam is elegant, enigmatic and effortlessly stylish. She even manages the seemingly impossible task of upstaging David Bowie’s character John, in his razor-sharp tailoring and dark, circular sunglasses. Residing in Manhattan, surrounded by Renaissance art and ancient Egyptian artefacts, Miriam’s low-cut bodysuit with studded cuffs, mirrored cat-eye sunglasses and air cadet style hat in the opening scene are the first of many a great fashion moment, thanks both to Saint Laurent and famed costume designer and Kubrick collaborator Milena Canonero. Wearing stiff-shouldered jackets, tailored pantsuits, gold clip-on earrings and a pearl-encrusted black veil, Miriam is the classic noir femme fatale. Despite many of her looks echoing the sentiments of the 80s, styles synonymous with the 30s and 40s also creep in, giving Miriam that timeless appeal that’s necessary when you’re immortal.

It may be the 80s in Manhattan, but Miriam secured John’s not-quite-eternal youth in the 18th century and has ties that date back to the Egyptian era. In other words, her wardrobe is an archive of carefully curated garments with longevity, as opposed to ephemeral trends. As a refined vampire, her point of difference from her fanged European ancestors is her ability to uphold the blood bond without the need for a dark cape and a coffin to retire to at night. Masking her bloodlust behind the portrait of a member of Manhattan’s gentry, Miriam uses her clothes, sexuality and beauty to intimidate her love interests, enticing them into her trap like a true vamp. Just as fashion resurrects itself season upon season in search of the new, Miriam glides through life, with no fear of death, in search of her newest victim – and always wearing her Egyptian Ankh pendant, ready to slice open a throat for a fresh feed.

Despite being slated as a box-office dud in the 80s, The Hunger has garnered quite the cult following over the past 33 years in certain circles. Under the surface the film tackles love, passion, sexual desire, possession and, most blatantly, our fear of ageing and death, while also addressing same-sex sexuality on screen (without the then-normal procedure of using of body doubles), in what is arguably the film’s most famous scene. Meanwhile, The Hunger has provided endless inspiration for its portrayal of dark-wave goth and vampiric fashion, for the soundtrack choices – Bauhaus, David Bowie, Iggy Pop – and for its alternative representation of the vampire. It’s even cited by legendary underground publisher Fred Berger as the reason he turned his hardcore zine Propaganda into a fully fledged goth bible.