Can plain t-shirts be a sign of social change? 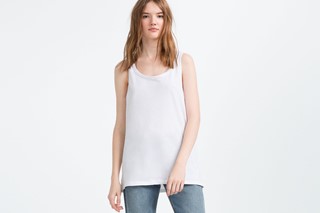 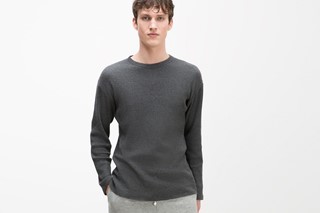 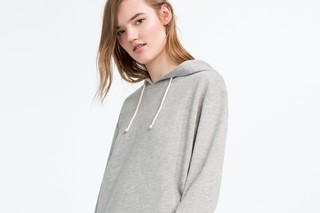 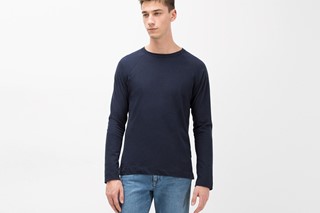 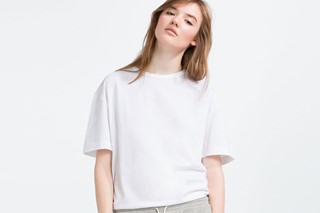 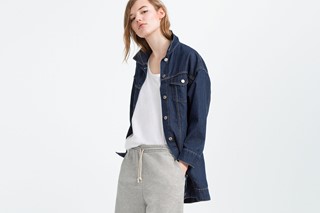 You’ve already heard it by now. Fashion and gender are “having a moment”, as evidenced by the way Gucci’s menswear pussybow blouses are flying off the shelves, Jaden Smith is fronting Louis Vuitton’s womenswear campaign and John Galliano is casting androgynous boys in his Margiela womenswear shows. It seems that the industry is coming around to the idea that gender doesn’t fit neatly into boxes marked male and female, or is at least busying itself playing with the imaginary rulebook that decides what men and women “should” wear.

And it seems that could well be reaching the high street. At the end of last week, news broke that retail giant Zara (owned by Inditex, whose founder briefly overtook Bill Gates last year to make him the richest man on the planet with an estimated worth of almost $80bn) had debuted an “ungendered” range. Made up of a series of unisex basics including t-shirts, sweatshirts, denim and tracksuit bottoms, the items will be stocked in 29 stores across the UK, as well as online. While first responses focusing on a such a retailer making an overt, gender-free statement seemed positive (it “helps break down the idea that there are only two genders”, wrote Bustle, who praised the “beloved store” for being “progressive”), soon users took to both social media and the Dazed comments section to question the motivations and messaging of the campaign.

Its flaws seem threefold. Firstly, there’s the fact that the idea of “ungendered” clothing is, really, just another word for “unisex” – which has little to do with gender identity, and ranges of which brands like American Apparel have been selling for years to little fanfare. In Zara’s case, the clothing is all shapeless, lacking colour and outwardly masculine – there are no “feminine” colours, no skirt or dress options. As Dazed 100 star and “poster child for agender identity” Tyler Ford tweeted: “When will we move past this notion that genderless clothing simply = plain t-shirts/sweatpants? why is this ‘bold’?”.

Secondly, there’s the way the clothes are presented – on cisgendered models, rather than anyone gender non-conforming – demonstrating that the “ungendered” range really does seem to be just for men and women, instead of anyone that defines more fluidly. Finally, there’s the fact that this line is being marketed and sold by Zara, a pillar of one of the biggest clothing conglomerates on the planet; when already wealthy companies stand to profit from seeming progressive without really doing anything progressive, they leave themselves open to criticism.

“The new Zara collection has precisely nothing to do with trans and gender non-conforming people,” commented Dazed columnist Shon Faye, who recently penned a piece on the difficulties encountered by trans feminine shoppers who seek to buy clothes in environments often rigidly defined by gender. “Much like Brewdog launching its ‘non-binary beer’ last year – this has less to do with meeting the needs of trans and gender non-conforming people and more to do with the fact that brands are noticing gender is a hot topic and trying to ride on its coattails. If stores like Zara wanted to be genuinely progressive they would consult directly with trans focus groups and ask what they want – for a start, neutral fitting rooms, a broader range of sizes and full staff training on awareness of trans customers would be infinitely better than this.”

Of course, the consequences of mega companies noticing that gender is a hot topic aren’t specific to Zara. Speaking in a head to head with deliberately “non-demographic” independent fashion label 69, androgynous icon Genesis P-Orridge discussed the dangers of the corporate world hopping on the non-binary bandwagon. “What’s been co-opted is the politics of identity...it has been trivialised into one season’s fashion and that’s a dangerous way of reducing the importance of the real issues,” s/he said. “That’s something that the corporate world does very well. They always co-opt and even coerce new radical ideas that express the underground...and they do it very deliberately because they realised a very long time ago that if they reduce it and co-opt it, it loses its power to change anything.”

“This has less to do with meeting the needs of trans and gender non-conforming people and more to do with the fact that brands are noticing gender is a hot topic and trying to ride on its coat tails” – Shon Faye, Dazed columnist

To Zara’s credit, they’ve been pretty low-key about it all, and far from congratulating themselves on smashing down the gender binary with a range of basics, they haven’t provided any kind of statement of intent. A UK press officer said that there was no release or official comment about the range, save to say that “‘Ungendered’ is a range of gender-neutral clothing, under the TRF label” and give a few practical details about the range. It seems a lot of the praise is has been generated by third parties.

Still, while the high street staple might be keeping quiet about how progressive (or not) their motivations are, there is certainly a host of designers active right now who are making more overt statements about representing gender in a way that goes beyond the binary. Like the aforementioned 69 – “My whole decision was to make 69 non-demographic. I was never like, I want a genderless clothing line – that’s such a buzzword. I’m so over that word,” its anonymous designer told us recently. Or Gogo Graham, the trans designer who creates clothing for her girl gang – and comments on the way women like them are exposed to violence. Or Eckhaus Latta, or Vaquera, or Moses Gauntlett Cheng, or Claire Barrow, all designers who seek to dress their creative communities – whatever their gender identity happens to be. That’s certainly more to celebrate than a few plain t-shirts.