In the wake of the brand’s AW16 show, creative director Kate Phelan discusses the industry’s pace and how the retail giant responds to it 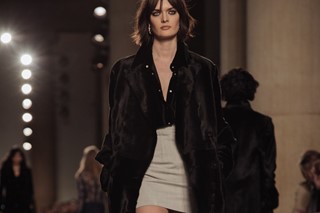 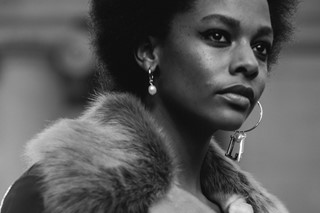 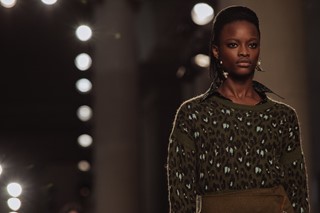 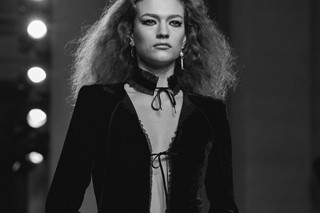 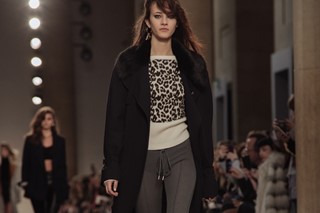 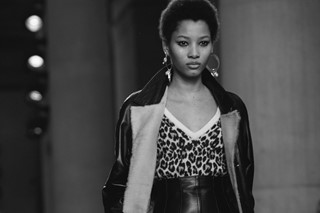 As the debate surrounding the speed of the fashion cycle continues to surge, with an increasing number of designers aligning their runway and retail calendars this season, there is one British brand that has always been at the epicentre of fashion’s breakneck pace: Topshop. “We are the masters of speed,” says creative director of the retail giant Kate Phelan, sitting in the Arcadia headquarters, exactly 24 hours before Topshop Unique AW16 was due to hit the runway at London’s Tate Britain. “Topshop has always been delivering this new and exciting fashion, and putting it through really fast and furious. If you don’t buy it when you see it, it’s gone. And that’s either the best bit or the worst bit, whichever way you look at it.”

It’s true that newness has always been integral to the brand’s DNA, which it’s able to realise thanks to a huge infrastructure that supports new demand. “We’re very fortunate that we have that, and we can experiment and try new things,” says Phelan. While its Unique runway collection distils Topshop’s freshest ideas for the forthcoming season, its ever-evolving high-street offering, pillared by a few key collections such as the denim range, is no less on the cusp of new trends. Consequently, the brand occupies quite a unique position in the fashion industry, straddling the fence between high street and high-end fashion. “What we’ve created is our high/low in British style,” says Phelan, “it’s almost like Topshop embodies that whole world in its own right.”

Topshop Unique AW16 was emblematic of this quintessentially British high/low dynamic. Taking cues from iconic actress Charlotte Rampling and “ultimate seductress” Kate Moss, the collection married timeless glitz and glamour with the Soho grittiness of late 80s club life. Romantic black velvet dresses with slashed necklines followed dance-floor ready leggings donned with oversize military bombers adorned with luxe faux fur collars. Meanwhile, long pink dresses came with leopard-print knits, and a sequin high-waist midi skirt – paired with a girlish bra-top – was fiercely offset with bronze leather boots. In Phelan’s words, it was all about “that time where we were all still mucking around and playing at being punks, but we were also just stepping our toes into rave, but still dancing to disco”.

Embracing an attitude-laden mix-and-match approach, the collection carried the confidence that’s at the core of the Topshop girl. Crucially, though, she is neither defined by one face, nor one muse. “It’s exciting to use groups of girls to represent Topshop, because I think that’s the real spirit of what we are,” says Phelan, reflecting on the brand’s “next generation of supermodels” cast for the 2016 denim campaign. From Kenyan-born Londoner Malaika Firth to California-based Filipina Marga Esquivel, each of the nine girls serves to represent a pair of jeans in a family of denim that’s gradually been growing since Topshop first launched. Echoing the pace of the fashion cycle, the collection is continuously updated over time. Constantly responding to cultural and sartorial trends, Topshop’s denim range – and its show today – both speak of a brand that is not necessarily speeding up the fashion cycle, but keeping in sync with it.