Exclusive: the singer is working with Kerby Jean-Raymond on Pyer Moss’ AW16 show, which is set to explore the black experience in America 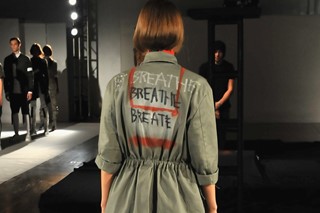 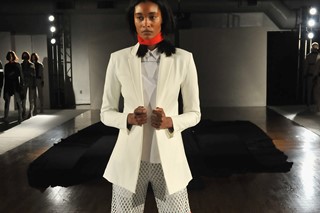 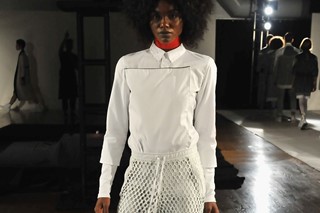 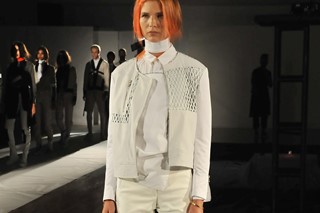 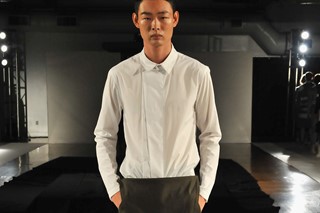 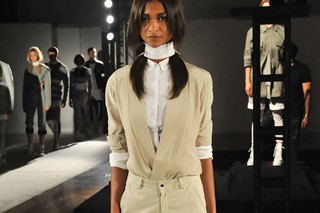 American singer-songwriter Erykah Badu is no stranger to the fashion industry. The face of Tom Ford’s White Patchouli fragrance and Givenchy’s SS14 campaign, Badu kicked off New York Fashion Week with an hour-long set last season. This season, she’ll also be participating in NYFW but in a non-musical capacity – she’ll be working with designer Kerby Jean-Raymond to style his label Pyer Moss’ AW16 show.

“(Kerby and I) were a match made in fashion heaven,” says Badu, “We share an eye for truth through art. Though risky at times, he stands in his truth. And the strength of that truth lies in the belief of his vision. I’m inspired by the bold statements he makes in this, sometimes, fickle industry.”

Last season Jean-Raymond brought the Black Lives Matter movement to NYFW by showing a short film at his presentation, which featured footage from police killings of Eric Garner and Walter Scott, along with Nicole Bell (the widow of Sean Bell, who was killed by the police in 2008) and Wanda Johnson (the mother of Oscar Grant III, who was killed in 2008). As for the collection, blood was splattered across the model’s shoes, along with Eric Garner’s last words “I can’t breathe.”

This season, the designer is carrying on in the same vein. “The presentation is a meditation on the tension and mental anguish that exists when conflicting demands are placed on an individual, thereby resulting in confusion in thinking and communication,” reads a statement from the brand. “In the 1950s, anthropologist George Bateson coined the term ‘Double Bind’; which he found to be a common occurrence in the childhoods of adults patients diagnosed as schizophrenic.

The black experience in America is the ultimate double bind; a place where natural born citizens live an immigrant experience in the only land they've known as home. A place where black culture is praised, commodified, and appropriated, while black people are criticised, vilified, and hunted for sport. A certain functional schizophrenia has to exist to cope with the dissonance of having a black man in the White House while a black body lies for four hours in the streets of Ferguson.”

Like Jean-Raymond, Badu has publicly voiced her support for the Black Lives Matter movement, describing it as “necessary” in an interview with Noisey last year. “People are organizing and fusing together to make change, and it’s inspiring,” she said.

It is also understood that the Jean-Raymond will be collaborating with Maurice Scarlet, a 23-year-old artist from Baltimore, where many protests took place last year. Scarlet is part of the Baltimore’s Basement Rap – a collective of rappers, artists, photographers, videographers and graphic designers based in the city. Several pieces in this season’s collection will “reflect his freehand style of artwork”.