From J.W. Anderson to Craig Green, the city’s creative talents discuss whether the speed of the industry is stifling or sparking creativity

As of last night, the whirlwind of menswear shows that sweeps through London every January and June has moved on. From Charles Jeffrey’s transformation of the MAN catwalk into a club lifted from London’s nightlife history, to J.W. Anderson’s live-streamed runway, broadcast over gay hook-up app Grindr, the official schedule saw over sixty designers stage shows and presentations across the four days, with dinners, parties, film screenings, showrooms, events and more to fill every other spare moment.

The end of 2015 saw fashion’s pace placed under a new scrutiny, following the departures of several high-profile designers from their positions. Both Raf Simons and Alber Elbaz, who left Dior and Lanvin respectively, cited the speed of the industry as a force stifling their creativity. As the London menswear shows took over the city, we grabbed the designers backstage to quiz them on their views. Of these, some oversee just two collections a year, while others straddle positions at the helm of more than one label and work not just on menswear, but womenswear, mid-seasonal collections and other brand-building exercises besides.

So – should fashion slow down? From Grace Wales Bonner to Craig Green, the designers’ opinions are as different as their aesthetics, proving this is a question to which there’s no straightforward answer.

Naomi Osaka: ’Being unique is my strength’At just 24 she’s won four Grand Slams, lit the Olympic torch, and changed the way we talk about mental health in sport forever. Hitting back against her critics, Naomi Osaka reflects on the quest for self- worth that transcends trophies
The best of LC:M AW1628 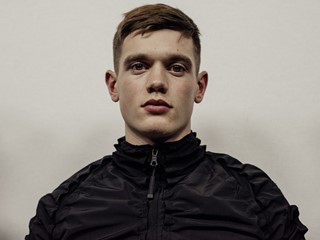 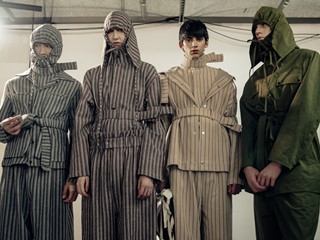 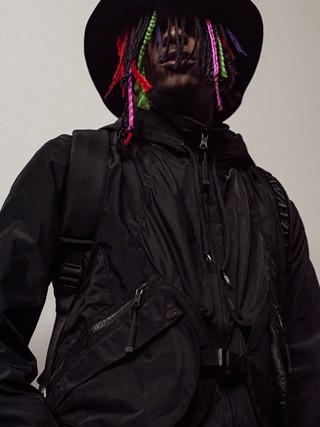 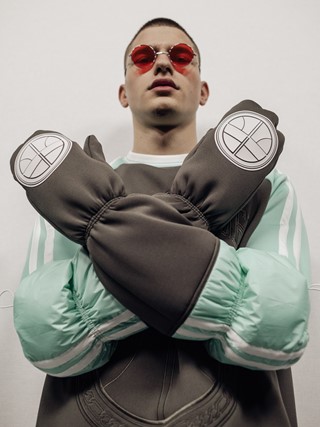 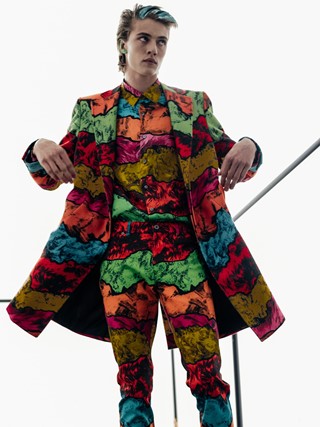 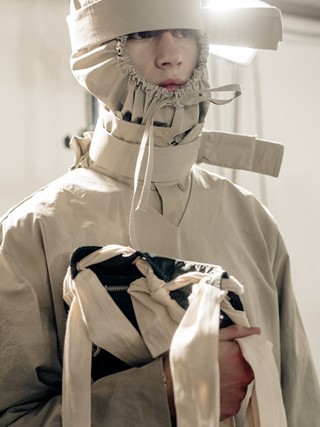 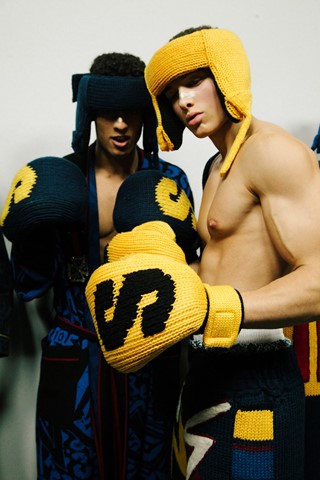 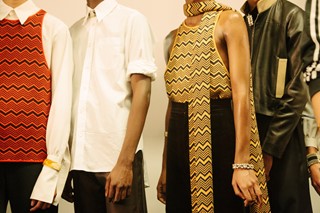 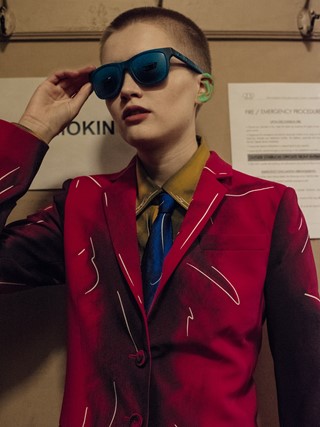 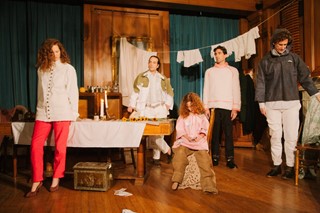 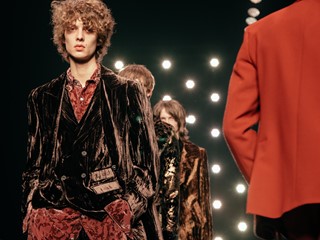 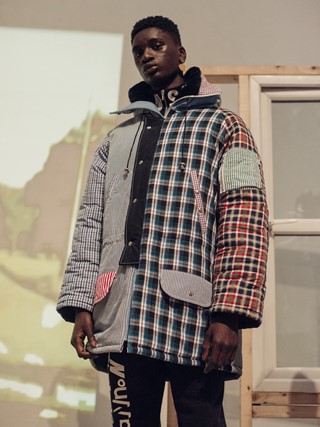 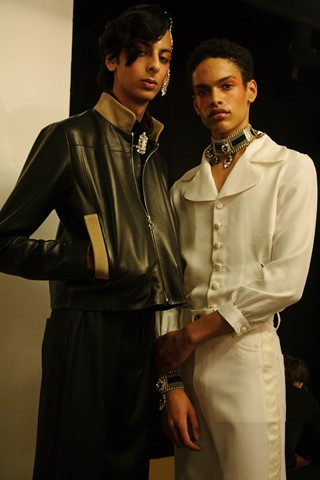 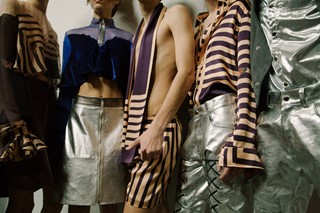 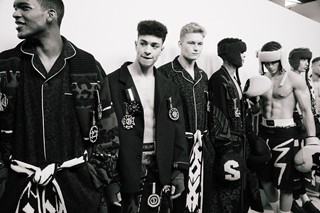 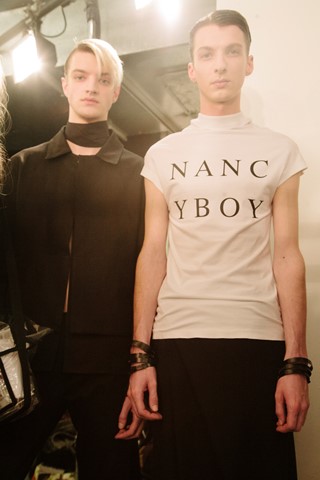 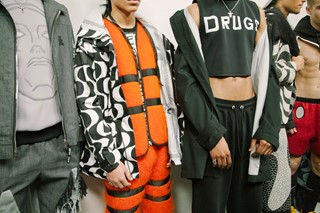 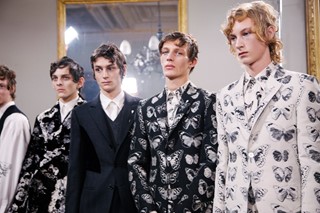 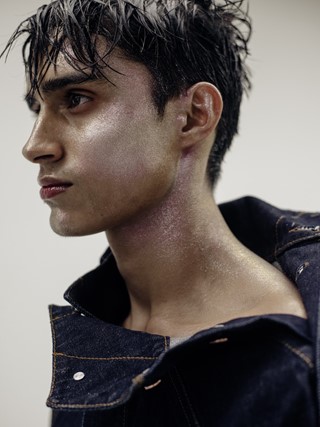 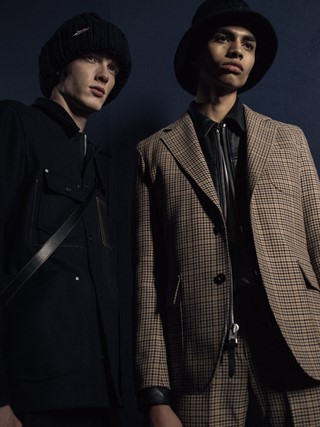 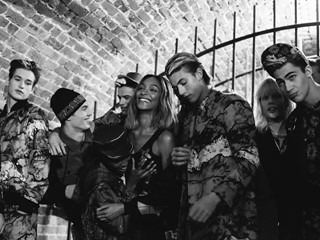 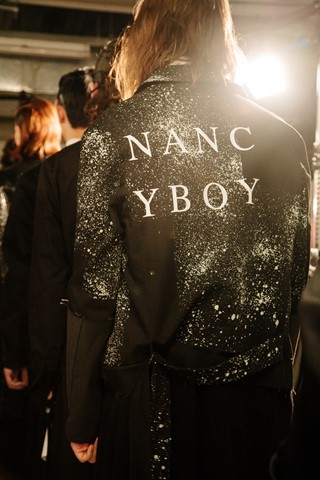 “Yeah it needs to chill out, it really does. I don’t think it’s necessarily the pace of fashion, it’s more so the pace of the technology that delivers the fashion. Things are consumed far too quickly – this is one of the big killers of subcultures; things don’t have a chance to spread progressively and naturally through word of mouth or through magazines. Everyone just gets what’s going on straight to their phones, there’s no value in it anymore. Things just get consumed and six months later they’re in a museum.

Everyone says to me, ‘Fashion is a hard industry – do you struggle?’ and I’m like no – it’s my job and that’s it. It’s the same with journalists: you have deadlines. Everyone has deadlines. The guy in the factory back in Stoke on Trent where I’m from, he’s got deadlines. We’ve all got jobs to do, we just need to get on and do them.”

“I think that designers should go at their own pace and not feel pressured. I’m trying to do things at my own pace, and I hope that the industry will give me the space to do that. But I’m developing now... There is a lot of pressure, but it’s about negotiating that and realising what’s actually important in your life.”

“We both thrive on the pace actually, as our ideas are constantly evolving and we are always looking for new ways to show them. It depends on what kind of product you are making, how easy it is to put into production and deliver on time. This is always a challenge, but it’s essential for growing a business in this industry.”

“Yes! Like me, look at me now!” he said, as he was being dragged away by his PR.

“There’s a lot to do and everyone is working fast and spread super thinly, but I think I’d be really fucking bored if I wasn’t! People are like oh, it’s the reason why fashion people kill themselves, because they’re so stressed out. I think actually it’s always the really famous ones who get to a point where they’re not doing anything, they’re just watching everybody else work. I do think it needs to slow down, but we knew what we were getting into right? I’d be so bored if I wasn’t stressed out. I’d have nothing to do! I change my mind all the time – if the collection was all done a week ago I would have scrapped it and started again.”

“I don’t think so. I think it's so important to have (a fast pace). What’s good about it is that it always changes the way fashion is seen and it brings new things to the table.”

“I think it’s at the perfect speed, because fashion has to articulate where we are today and fundamentally we are in a day where media is incredibly quick, boredom is at an all time low – the minute you see something you’re over it. So if you don’t conform to that speed then you don’t operate in a modern culture you know? I think you have to deal with it...it’s a part of it...it’s exciting. The most important thing is that you don’t over-think fashion, the minute you do it becomes stale. You also have to be open to getting things wrong and right. That’s what fashion’s about.”

“I think it’s at the perfect speed, because fashion has to articulate where we are today and fundamentally we are in a day where media is incredibly quick, boredom is at an all time low – the minute you see something you’re over it” – J.W. Anderson

“I don’t think that it is too quick and I don’t see that it’s going to change...it’s a difficult question, and I don’t have an answer for it. It comes down to the individual. I certainly don’t do this alone, it’s a team effort – before I decide to do anything I’ll sit down with the people I respect and say, ‘What do you think? Can we do this?’ and if we decide we can’t deal with it then we don’t do it. And I think it’s got to come down to that.”

“Well I do two shows a year so I’m OK, but for people who do like 50 million things a year... yeah I believe it’s out of control and it’s crushing creativity.”

“The problem is that’s how fast the world is as well, so the world needs to keep up with it. Maybe we’re just slow… This season we wanted to work on something that perhaps has more longevity; something that was a bit finer and isn’t so throwaway.”

“I think so, I totally think so. I mean, how else are you going to be able to think about things? It’s got to the stage that there’s no personality in anything… It’s like when you have to say hi to people so many times, you end up saying it really quickly – if you talk to someone fast you don’t get a sense of their personality, whereas when you sit down and talk to someone for a long time you get a lot more out of them. I think that kind of process has to happen again; talking to people about who you are and getting them excited about it; having a bit of drama in the show; having something to say other than bosh-bosh-bosh-bosh-bosh. Otherwise you’re just watering down your message. I mean it’s such a retail thing to say but it’s money-driven, it’s not creativity at all. Obviously there are people who are passionate and have the ability to be creative with deadlines and projects – some people rise to those challenges really well. But while some people rise to the challenge, other people would rise to it further if they had the time to execute that. There needs to be a conversation.”

“I think it’s really important that brands like us really focus on just making really good products and I think, or I hope, we’re doing our bit to kind of answer to it. But yes, everything is moving so quickly.”

“I’m trying to do things at my own pace, and I hope that the industry will give me the space to do that. There is a lot of pressure, but it’s about realising what’s actually important in your life” – Grace Wales Bonner

“I think it is moving fast, but I think you have to be true to yourself and keep on pushing. It’s bloody hard work but if you’re determined and you have a good point of view, you just stay focused and try not to take it on too much. Yeah, it’s hard work but for me I always knew it would be so I enjoy it.”

“I think people just need to take more control of their positions, and something’s got to change obviously for some people, but, I’m only doing two shows a year so it’s fine for now, I can handle that!”

“I think yeah... The whole thing about getting inspiration, I only have to get a big inspirational moment twice a year, and for other designers it's so much more (in terms of the number of collections they do), I can't imagine that, so yeah, I feel it a little bit."