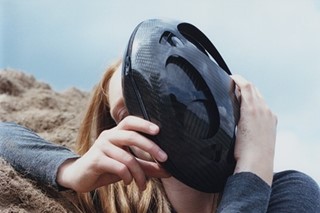 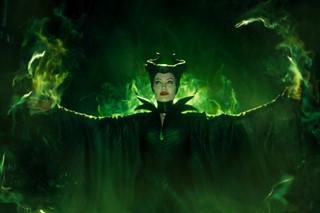 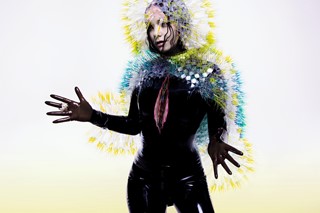 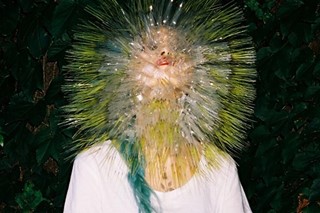 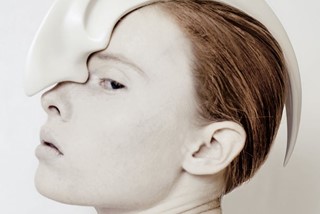 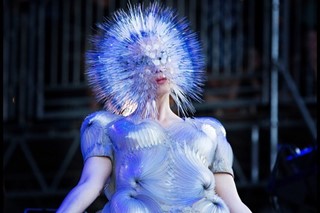 This summer, London College of Fashion student and accessories designer Bianca Chong found herself up for a prize at ITS, the international talent competition that takes place annually in Trieste – and which has seen the likes of Peter Pilotto, Astrid Anderson and Demna Gvasalia of VETEMENTS come through its doors. Chong scored the YKK Fastening Award for her movement-inspired collection – the show-stealing design of which was a half-moon shaped bag whose sides sprung open with the movement of a zip, and which combined 3D printing and astronomical references with some serious engineering. Tonight, YKK are opening their Shoreditch showroom, where designs from the last ten years of the competition will be displayed. Ahead of the launch, we speak to Chong about her winning design.

How long did the bag take you to make?

Bianca Chong: It took me the longest out of the entire collection. I was working until the very last moment, and it took two months in total. I spent over a month just developing the idea! It was quite complex to develop the slider as well as the mechanism, which was the most difficult part in putting everything together.

How did you come up with the idea?

Bianca Chong: I usually think when I’m in the shower. I stood there and thought: how can I use the zipper in a crazy way? How can I put it together with a kind of mechanism and motion? And suddenly I thought of the idea of connecting it to some belts so it became a different way to open the bag. I got the idea first and then I started to think: how can I actually do it? Eventually I began working on mechanisms and sourced my materials – I received a lot of help from the YKK Europe office, but still I made four versions before I got it right!

“I was working until the very last moment, and it took two months in total. I spent over a month just developing the idea!” – Bianca Chong

So how did you learn how to do all the mechanics?

Bianca Chong: I developed an idea of putting motion into my collection and then I started researching every different kind of mechanism. I did a lot of different tests, looking at things you see in your daily life. This one is quite similar to bicycles – with bicycles you have a circular motion with the wheels, and for the bag I connected a belt to get a similar effect. The element that moves the zipper is actually from a 3D printer. It’s a process of having the idea first, searching for materials and just trying to make it work.

How are the round marbled elements made?

Bianca Chong: They are Perspex and then I used a marble technique. You have water, and then you add enamel paint which floats on top. I mix it up and wait until the colours look good, then put the perspex in. I made a lot to get it right, it took me a while – you have to keep changing the water!

Tell me a little bit about what really inspired the collection...

Bianca Chong: I wanted to make people curious about my piece and I want people to be able to create motion with it. It’s about the way things join together, and how those lines break when you open the bag, it’s like breaking the lines of a pattern. I made collages with architecture and I used a lot of circles because of the idea of a circular motion. Also a circle is really fluid, it’s soft and more feminine. I really like astronomy as well.

Is Kim Kardashian going to rebrand as Björk?
FashionFeatureQ+AYKKITS ACCESSORIESLondon College of Fashion