As the 90s teen classic gets a TV spin-off, the film’s costume designer talks us through the psychology of its outfits 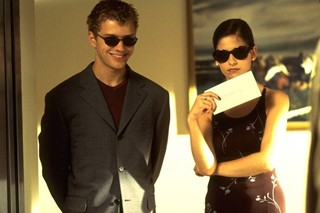 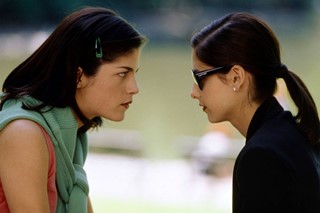 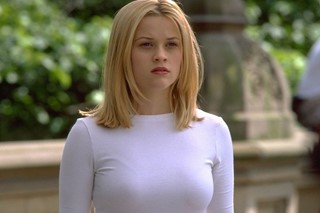 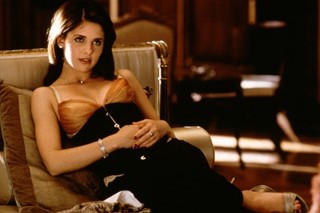 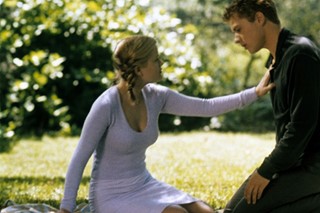 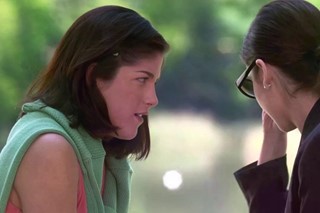 Along with the calculated incest, white Manhattanite politics and Sarah Michelle Gellar's red-blooded malice, one of the most impressive things about Cruel Intentions (1999) has got to be the outfits. While they might not have meant so much to the film’s original tween audience, a decade and a half on, it’s clear how the costumes talked to us about both innocence and power dressing with sex and manipulation in mind.

It was the fashion that helped shape the despicable drama and its memorable players in Roger Kumble's feature debut. Shot during a 90s business uniform surge on TV – turtlenecks, two pieces, spectacles, as displayed everywhere from Seinfeld and Frasier to the untouchable Ally McBeal, the Dangerous Liaisons (1988) remake (originally adapted from Pierre Chodelos de Laclos' 1782 novel Les Liaisons Dangereuses) took white-hot trends of the late 90s to the big screen. Costume designer Denise Wingate (Melrose Place, She's All That, The Sweetest Thing) ensured that the wardrobe carefully corresponded and played to the story of two bored, over-privileged step-siblings who make a wager to de-virgin the new headmaster's daughter before the start of term.

Sixteen years on – which has left enough time for a parody stage show and a recently announced TV spin-off series about Sebastian and Annette's fictional child – we consulted Wingate on her favourite moments in dressing the most sordid of high school trust fundees there ever were. “It remains my favourite project, and having just watched it again not too long ago it really holds up fashion-wise,” she says. “The cast and crew had so much fun. It really was a terrific experience.”

Gellar's character Kathryn, highly-sexed and power-driven to the hilt, is arguably the star of the film – both in terms of her sassy performance and sartorially. Parts of her wardrobe reference Dangerous Liaisons, set in Rococo France. Speaking on Kathryn's iconic bustier, Wingate said “I tried to blend high-end fashion with a mix of pieces I designed and made that were a nod to the original film, for example using this corset and ruched bustier with a Dolce & Gabbana suit on Sarah Michelle Gellar. Her character was so Machiavellian and manipulative that whenever she was trying to act sweet, like going to talk to Cecile's mother or being seductive with Sebastian, we tried to use softer lines on her.”

PHILLIPPE WORE A LOT OF PRADA

Hearts broke everywhere when fans discovered Phillippe and Witherspoon were a real-life item before the film even started shooting. Phillippe's 'poor little rich boy' capitalised on his fortune and looks to disastrous levels of promiscuity. Could he be the first and last man to ever look sexy in rimless glasses? “Obviously the characters had a lot of money so we tried to play up that opulence. I used a lot of Prada on him which was very hot at the time. I made a long coat for Ryan that was taken from a pattern from an 1800s men's frock coat and lined it with bright fuchsia silk to make it look more contemporary. And If I remember correctly, it was his decision to wear glasses, and he chose them.”

Though Reese Witherspoon's character Annette, the pawn in the siblings' dangerous game, subscribes to some pretty stereotypical virgin tropes, she is confident and unapologetic of where she comes from. She essentially wins the game in the end. “As she was much more conservative and didn’t have money like Sebastian and Kathryn, her palette was softer and sweeter but confident. Believe it or not those high waisted pants were in fashion then. I remember we wanted her in all white in contrast to Ryan’s all black, and when he gets hit by a car and sees her it’s almost as if she is an angel.”

Selma Blair notoriously entered her audition for strange, mollycoddled mummy's girl Cecile in character, and according to Wingate was game for anything to best portray her. “I remember at the last minute deciding to put Selma in a red hooded sweatshirt so when she is leaving to go see Sebastian she looked like a contemporary Little Red Riding Hood going to see the Big Bad Wolf. A lot of subliminal things go into my selection of costumes that usually nobody notices. I never went to fashion school; I was a Psychology major! In another scene, the koala T-shirt joke was written into the script so we just had to find the funniest version in a thrift store. Selma Blair was hilarious.”

THE KISS CLASHED VINTAGE NOIR AND UPPER EAST SIDE PRIM

That kiss. In a shape shifting scene that precipitated a Best Kiss MTV Award, Kathryn and Cecile are dressed as opposites, as an echo of Sebastian and Annette's earlier monochrome: Catherine to seduce, Selma to be corrupted. “I can’t remember specifically who made the hat, I bought it at Macy’s department store, but the sunglasses were Calvin Klein. I loved the contrast between Cecile’s conservative upper East side look against Kathryn’s noir vintage ensemble. Sarah was game for anything and it was such a pleasure to collaborate with her.”

Phillippe's character famously forgets his, but Annette is not impressed. Shot down after previous seduction attempts, he tries to intimidate the prudish guest by getting butt-naked in his opulent indoor swimming pool. “Reese specifically asked for a one-piece bathing suit (I think it was from J Crew) as she really didn’t want to look overtly sexy. We really kept the character softer and more buttoned down. I don’t remember any particular incidents where anyone didn’t want to wear something. It was really collaborative. We didn’t have a big budget and everyone knew that going in, so everyone was very cooperative.”

At the film's zenith, all hell comes crashing down at Sebastian's memorial at the beginning of the new school term. Sex, guilt and death collide, altogether detonated by Kathryn's cocaine-filled rosary crucifix that is forced open by her father, powering white all over her dark uniform. “Whilst there was no specific college being channelled, I just knew that I wanted the palette to be dark, being that the scene in the church things have taken such a dark turn. I used navy sweaters with navy and grey plaid skirts.”

Bedroom drama is never more central to a plot than in Cruel Intentions. Remember the scene where Sean Patrick Thomas is found hiding under Kathryn's four-poster in her blue boudoir? Wingate worked closely with the cinematographer and production designer. “Most of the sets were built on stage so we worked really closely to make sure that we were all using the same tones and colour palettes. For instance, the Kathryn bedroom set was all blue and silver so I made sure to use the same tones when we were in that room.”