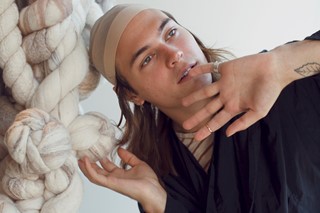 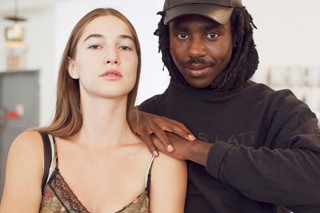 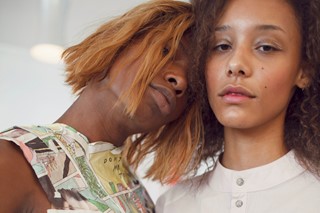 Melgaard, who lives and works in New York, is famed for using controversy to challenge prudish attitudes towards sex and drugs in his art. For his first show back in 2000, he exhibited a series of sculptures of apes performing violent sex acts on each another. More recently, he made headlines after creating a remake of Allen Jones’ sculpture “Chair” with a partially nude black woman.

There were other underground creatives on the Eckhaus Latta runway too, besides Melgaard and Hynes. Dazed 100 artist India Salvör Menuez also featured in the line-up, along with Alexandra Marzella, Juliana Huxtable, Claire Christerson and Michael Bailey Gates. Artists were even involved in the production of the collection – several looks were made in collaboration with painter Annabeth Marks.

And it’s not the first time the worlds of fashion and art have collided at NYFW this season – on Saturday, Givenchy staged it’s SS16 show in collaboration with performance artist Marina Abramović.