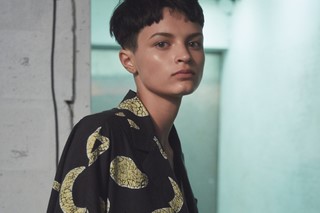 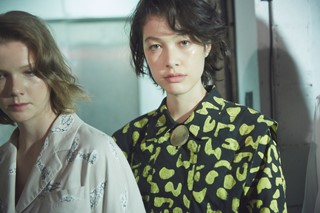 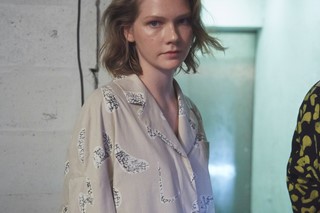 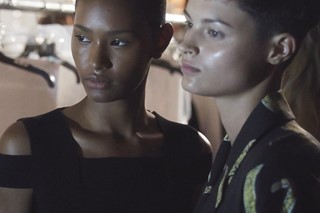 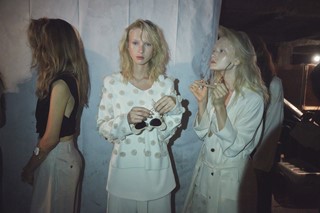 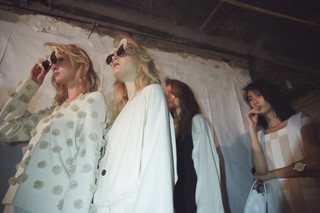 “It was about breaking the monotony of the runway,” said Leon, explaining the rationale behind these falls. “We wanted to challenge the idea of what a fashion show is.” But it’s not the first time the designers have eschewed a traditional approach to the runway. At their SS15 show, Her director Spike Jonze and The Wolf of Wall Street actor Jonah Hill staged a 30-minute play.

The collection itself was inspired by American architect Frank Lloyd-Wright, specifically the relationship between him and his daughter who was, though it’s not commonly known, a modern dancer. However, the collection bore reference to Lloyd-Wright in more literal ways too. For example, the stained glass window panels he designed for Coonley House, images of which were screen printed onto t-shirts.

Elsewhere the collection, and indeed the show venue, gave a glimpse into the pair’s approach to interior design. “There was this idea of living,” said Leon. “We were really inspired by all the trips we’ve been on over the years, all the things we’ve collected for the home.” Beautiful objects, including house plants, lined the runway, echoing Lloyd-Wright’s architectural mantra of designing structures that sit in harmony with their environments.