From Edward Scissorhands’ leatherwear to Beetlejuice’s signature striped suit, we reflect on the style wisdom bestowed by the legendary director 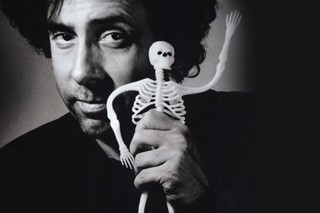 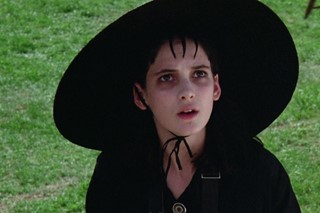 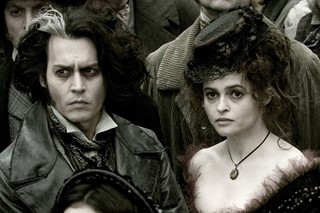 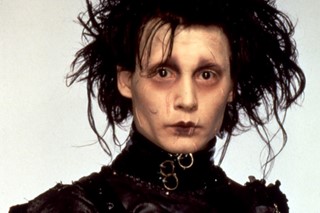 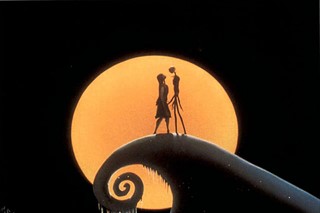 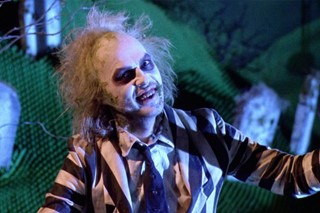 The king of all things gloomy and the one of the directors in Hollywood with the most clearly (or is that darkly?) defined vision, Tim Burton has amassed a legion of followers. From The Nightmare Before Christmas to Sweeney Todd, his films have encouraged those who have felt like outcasts to embrace their misfit status, weirdness and flaws. Whether you have scars, skin so pale you look dead or you just enjoy a spot of taxidermy, Tim Burton has taught us to take pride in who we are, whatever we look like and wear. Because we all know the real monsters are the ones lurking the suburbs, wearing identical clothes all in a sickly shade of pastel pink... To celebrate his birthday, we look back on the lessons his characters have taught us in the style stakes.

OPT FOR ALL BLACK EVERYTHING

A basic formula for the wardrobe of any Tim Burton film – among stripes, swirls and stitches galore – is black, the fundamental colour. If there was a Tim Burton colour wheel, it would just be a pure black circle. Our favourite girl, Lydia of Beetlejuice (played by muse Winona Ryder) does this very well with her wide-brimmed hat, artfully tattered dress and red-rimmed eyes. Jack Skellington is worth a mention too, looking dapper in his black pinstripe bat-tie suit.

Even though Beetlejuice is batshit insane, there’s something about that vertical striped jacket of his that makes us want to hang out with him. Plus, who could forget that amazing purple velvet wedding suit? (Minus the ex-wife’s finger in the pocket, of course...) Nightmare’s Sally isn’t strictly dead per se (she’s a humanoid ragdoll invented by Dr. Finkelstein) but she doesn’t let any man, woman or witch tell her what to do. She proudly flaunts her stitches and her patchwork dress, which, with its clashing prints, only adds to her charm.

DON’T TRY AND FIT IN

Edward Scissorhands tried everything to fit into the sugary pastel suburbs with the uniformly bright clothes adopted by its residents – remember the god-awful braces and work shirt combo he put on? By the end, the fakeness of the town (metaphorically) suffocated him and he ended up shredding the ensemble. It just wasn’t him. In Tim Burton’s world, it’s all about embracing your weirdness.

Jack and Sally are pretty much the perfect goth duo, and while Edward Scissorhands is as innocent and gentle as they come, his outwear suggests something else entirely. Made up of leather and buckles, his punk-inspired clothes look like something that’s come straight out of an S&M boutique. So it may shock others, who cares? In the words of the suburb’s token religious nutcase, Esmerelda: “He has been sent first to tempt you.” We’re not complaining.

PUT DOWN THE HAIRBRUSH

From the housewives’ hair makeovers courtesy of Edward’s scissors to Lydia’s spiky fringe and Mrs. Lovett of Sweeney Todd’s unkempt locks, there’s something reassuring in Burton’s films to all those who’ve feared the bristles of a brush. I mean, look at the creator himself: Tim Burton, keep doing you.