In an age of spoon-fed fashion, Tait is charting new territory with his twisted tailoring and exploration into 'unsexy sexiness' 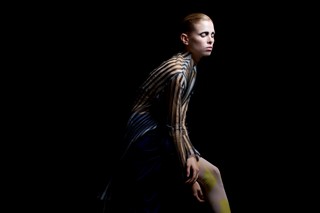 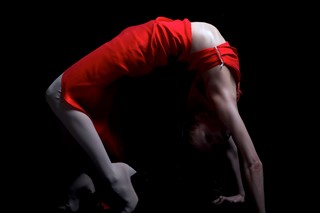 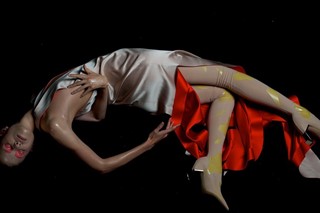 Taken from the winter 2014 issue of Dazed:

In an age of 140-character news and spoon-fed fashion shows, Thomas Tait is a designer who goes against the easily digestible and actually makes you think. “I’d rather people be completely confused at the show and then have an ‘a-ha’ moment afterwards,” he says. Since graduating from Central Saint Martins in 2010 as their youngest-ever MA student (he was just 22), Tait has pushed his serious yet deliciously twisted brand of hardcore tailoring into uncharted territory, scooping this year’s inaugural LVMH Young Fashion Designer Prize along the way.

Take, for example, his SS15 collection: a smart commentary on the ephemeral nature of fashion and the way we engage with images online. For the show, artist Georges Rousse turned The Vinyl Factory’s derelict Strand space into one of his signature fragmented works, visible as a whole only in a photograph. Every guest and photographer had a different vantage point, turning the idea of 3D realness versus 2D images upside down. It was also a subtle nod to Tait’s MA graduate collection at CSM, where his tutors worried no one would get it from a front shot as he’d designed all the shapes from a profile point of view.

As with Rousse, Tait’s work is multi-layered. He plays with shape-shifting movement and produces complex, elegant pieces created with women’s enjoyment in mind. Fashion that projects a man’s idea of sexy isn’t his cup of tea. “It just feels so removed and it really undercuts women,” he says. “I hate that.” In Tait’s expert hands, SS15’s exploration of sex (his first season “trying to approach that subject”) morphed delectably into an “unsexy sexiness”, with thigh-high mannequin leg boots and liquid silk-satins set to an odd but darkly alluring dreamscape soundtrack by Riton. 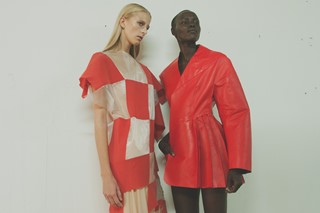 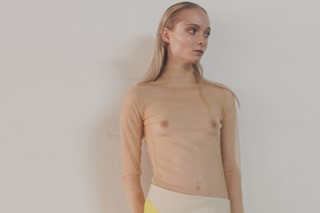 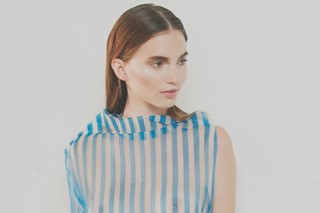 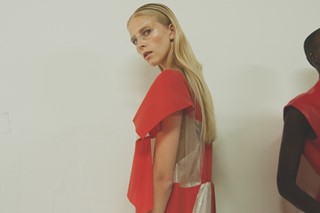 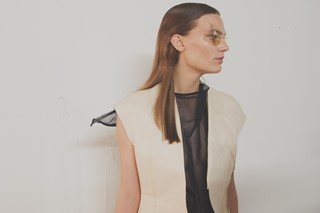 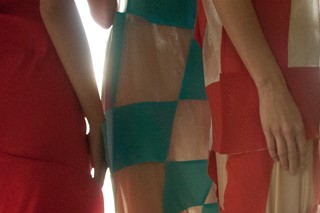 Discussing SS15, Tait says he still feels “raw”. The mill that was supplying fifty percent of the fabrics didn’t deliver until four days before the show. “We didn’t sleep,” he recalls with a pained smile. “Having worked on and designed and conceptualised this collection for eight months, it was just watching looks getting slashed off of your line-up. So heartbreaking.” But despite this massively distressing blow the result was beautiful, and infused with Tait’s impeccable construction. He’ll happily cut a t-shirt from three meters of fabric, to the complete bafflement of frugal-minded factories. “And I’m, like, yeah, that’s the beauty behind it.”

A self-confessed Buffy the Vampire Slayer fan, the softly spoken Tait spent his childhood years drawing his own comic books (something he says people at CSM used to pick up on in his sketches), and there are definitely whiffs of superheroes in his commanding pieces. He’s also very witty, as evidenced by his SS14 show invitation that slyly read ‘9 Grosvenor Place Lesbians’, which some people actually mistook for a typo. “Autocorrect is one thing, but seriously? It was the first season that things were that feminine, and it was so pretty and so female that it felt as if it had nothing to do with men,” he explains.

But there isn’t always an answer book to what he does. “I don’t have all the answers to what I’m doing,” says Tait of his enigmatic and intriguing work. “Sometimes I have no idea why I’m drawn to doing something, but it feels good, and then people get more confused and you just kind of live off that. But it’s not about answers, it’s about feelings. It’s about making an inspection into something you find interesting, rather than trying to dot the i’s.”