While scrolling through my newsfeed the other day, I came across a headline that read: “The American Dream is Dead.” The story went on to explain that the classic ethos (house, car, family, college) is, financially at least, out of reach for one in eight citizens. With the majority of American Millennials more interested in Kim Kardashian’s latest Instagram than reading a newspaper, some would say the good ol’ USA is in a bit of a rut. We beg to differ. The States are experiencing a creative renaissance.

There’s a new wave of American dreamers fearlessly shaking up the cultural landscape of the US. Thanks to brands such as Shayne Oliver’s Hood By Air, Telfar by Telfar Clemens, Jack McCollough and Lazaro Hernandez’s Proenza Schouler, as well as online fashion community VFiles’ user-generated show of emerging designers (which is really more like a rave than a runway), New York fashion week is slowly transitioning from a commercial-driven inconvenience to something far more electrifying. This season, the Marc by Marc Jacobs show kicked off a whole new attitude with their gang of rebellious motocross manga girls, while Alexander Wang dared to draw editors off the island to the depths of – gasp – Brooklyn for his AW14 show (uber discounts included, of course).

Naomi Osaka: ’Being unique is my strength’At just 24 she’s won four Grand Slams, lit the Olympic torch, and changed the way we talk about mental health in sport forever. Hitting back against her critics, Naomi Osaka reflects on the quest for self- worth that transcends trophies
autumn collections 20148 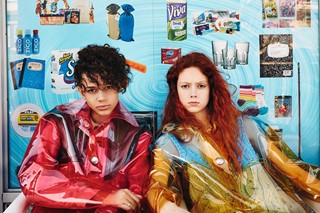 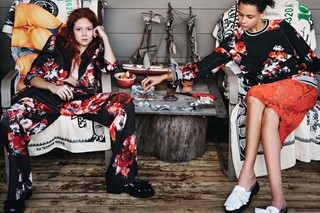 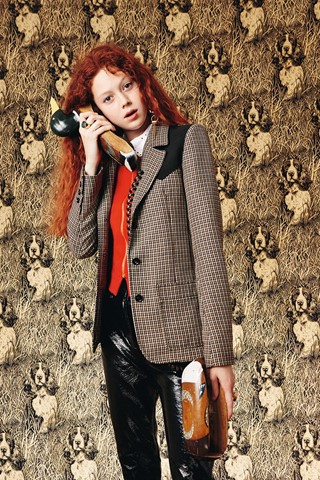 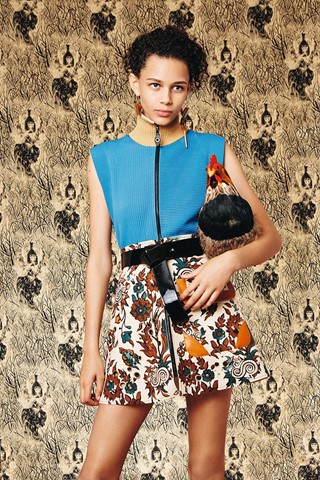 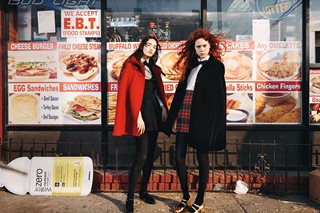 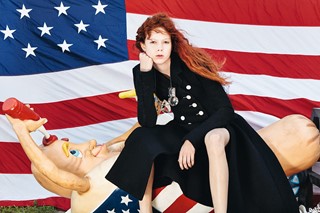 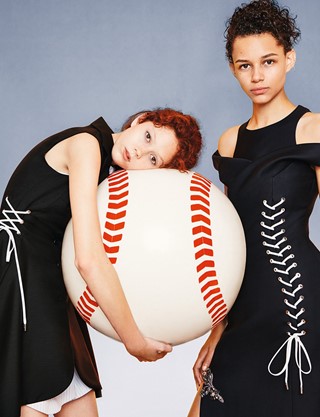 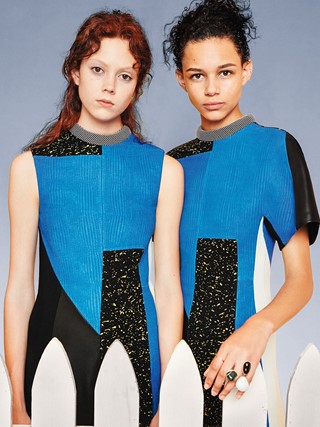 The US of A’s homegrown talents are not only succeeding on the international stage, but dictating global attitudes and aesthetics with their unabashed embrace of their American-ness. And with it they are setting new cultural agendas that will reverberate far beyond the catwalk. Shayne Oliver, known for his hip hop-tinged streetwear splashed with the HBA logo, is pretty thrilled about that.

“I feel like I’m part of a new signalling system,” he says. “Sometimes our culture is so looked down upon. It’s not looked at as having an opinion or a taste level, and I lend myself towards championing American taste.” But this “American taste” Oliver speaks of has nothing to do with gentrified looks of the past. It’s about acceptance and individuality – and all the fantastic freakiness that many bring. “Kids are not afraid of their culture anymore,” Oliver explains, who was a part of the downtown ballroom scene before launching his line. That particular American experience was reflected in his genderqueer runway romp for AW14, which, alongside the models, featured a slew of voguers who danced down the catwalk in his denim wares. “We have our own voice,” he says. “And we’re making it normal to be abnormal.”

The designers aren’t the only ones fostering this celebratory, anything goes, and often-androgynous outlook. We’re seeing it in the American modelling industry, too. “What’s exciting about American models right now is the distinct personalities that go with them,” says casting director Noah Shelley, citing Binx Walton and Natalie Westling (this issue’s cover stars) as prime examples. “Binx and Natalie are characters you remember. They are not typical all-American girls – they don’t subscribe to the Cindy Crawford school of good looks. But they are also not typically ‘model-y’, and that makes them compelling. They are both accessible in that they feel like girls you might meet.” Walton is proud to be among those breaking the American mould. “Some cookie cutter American is great but it’s time for real girls with real personalities to step forward. Every industry makes up personas and that’s okay, it helps with the appeal, but it’s time to change the persona of the current youth.”

“We have our own voice. We're making it normal to be abnormal.” – Shayne Oliver

You have to wonder, though, is this youthful, “be yourself” approach sustainable, or just the latest trend to come out of the Big Apple? “The opportunity to work with individuals who reject the misconception that these brands are a niche subculture fad is important to me,” says Sydney Reising, the 26-year-old PR who worked with Hood By Air and now represents Telfar. “My clients represent voices of authoritative power. What we do is part of something bigger than just fashion. It’s a cultural shift across generations on how we think and communicate with one another in an unfiltered format.” This flourishing group of emerging creatives is tearing down the fashion biz’s crumbling ivory tower.  But as Reising notes, this is bigger than fashion in the same way that punk was bigger than fashion. It’s a nation-wide mood – a mainstream cult – with a focus on inclusion and accessibility. During our chat, Oliver and I come up with the phrase “cerebral realism”, a considered but wearable take on the realities of urban life.

“This movement is made up of talented kids who have decided that those perceived barriers preventing entry into the ‘fashion community’ are not really there,” offers VFiles’ founder Julie Anne Quay. Her platform has been key in cultivating this inclusive new attitude, as it invites everyone from bigwig editors to teenagers hailing from the farthest reaches of the cyber-sphere to interact, shop, and create via VFiles – both IRL and, perhaps most importantly, online. I say that because the internet has been a catalyst of sorts for this entire creative American moment. “We all have access to the internet and Instagram or Twitter,” explains Oliver. “Everybody is sharing their information with each other. As Americans, we utilise these mediums to the best of our ability.”

Online savvy has also encouraged a vibrant interdisciplinary cross-pollination. “I don’t want to compare, but you know how Dali (and Schiaparelli) and a bunch of artists and designers would hang out in one clique being really cool? It’s kind of like that, only now, because of social media, people are seeing it – they’re able to see the ideas that are swirling around in a community of people,” explains Oliver. His own community includes the rapper A$AP Rocky, DJ Venus X, stylist Akeem Smith and Mike the Ruler. “We all work in different fields,” says the designer, who grew up in New York with many of his artistic peers. “But it’s all one orb of energy.”

Through their garments, these designers want their crews to include more than just the cool kids of New York. By offering up everything from logo-stamped head-to-toe leather looks to affordable – and wearable – basketball shorts and tees, they aim to reach a larger, nation-wide American public. “The ideas are the precious things about the clothes,” says Oliver. “You can just get the t-shirt and feel content. It’s approachable. And people can identify with that.” For his part, Clemens is in talks to collaborate on a project with discount department store Kmart – aka the high fashion antichrist – which five years ago would have been unthinkable. “I want to make things as available as possible,” he says of the unorthodox move. “I want to make the next wave of American fashion.”