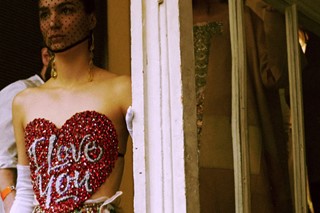 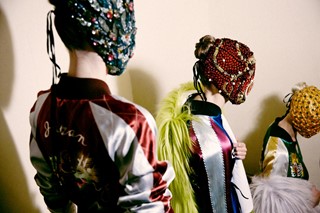 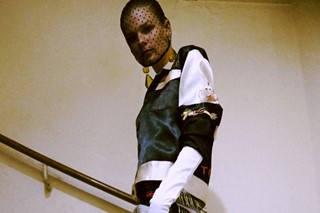 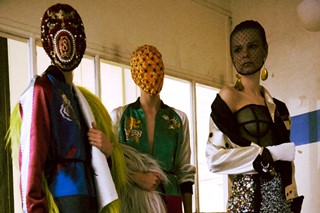 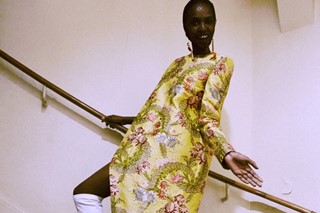 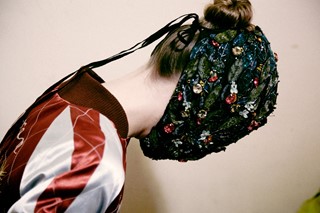 “It enriches, it dresses, it decorates” was the quote, as Maison Martin Margiela Artisanal once again sought out a vision of haute couture that is wholly idiosyncratic to the house. Having cherry-picked the finest textiles from 18th century French lampas silks to Japanese 50s silk bomber jackets, MMM lavished hours of embroidery and embellishment work on top so that you can’t distinguish what was found and what was created. Described as “exquisite corpses”, from deceptively simple one-shouldered dresses with thigh-high splits to incredible patchwork gowns, Margiela takes the processes of artefact curation, reappropiation and re contextualisation to new precedents. If that sounds like a mouthful it's because these garments warrant hyperbole.

Say it with silk:

Margiela's silk trousseau included both original and reconstructed 18th century lampas silks – the sort that you might find furnishing stately homes. Here they were indecently slashed to reveal the hips in asymmetric dresses as if to shy away from their historic provenance. On the other end of this unconventional silk road are rare finds like a Japanese souvenir bomber jacket inscribed with the words "To the best father in the world from your loving Herbert 1949 Tokyo Japan." These jackets were souvenirs of occupying troops in Japan who took their own jackets to local tailors to get them embroidered with Japanese motifs. It seems fitting to give these cross-cultural garments a new lease of life as Margiela turned them into a trio of evening gowns to end the show.

Displays of rare handwork skills are par for course at haute couture. At Margiela Artisanal they strive to showcase this handwork so that your eyes are confronted and awed by a purity of the hand skills in isolation. A three-dimensional lobster shawl is worn like a object d'art. A recreation of an aluminium balloon saying "I Love You" is rendered entirely in crystals. Even old French franc coins warrant your attention. These are feasts for the eyes only, and at haute couture there is nothing wrong with that.

Last season, the house presented a couture collection which reused Frank Lloyd Wright's fabrics and Sailor Jerry's illustrations, which Dazed later shot on the streets of Dalston, complete with a behind the scenes film. Check out the full feature here and see the collection below: 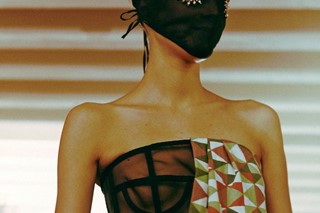 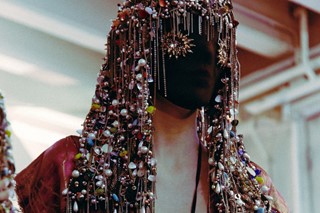 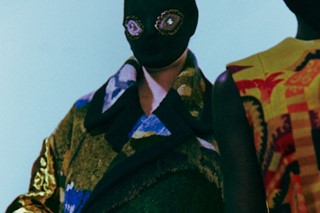 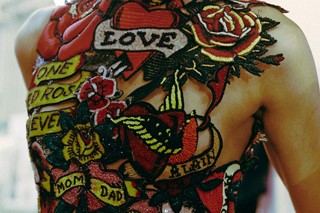 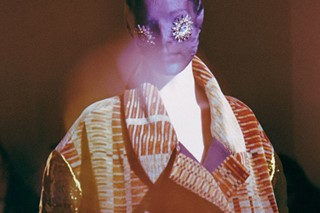 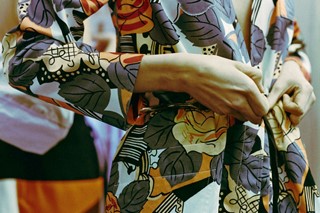