Raf Simons takes us on a trip through fashion history, with 2001: A Space Odyssey vibes and a Sonic Youth soundtrack – Susie Bubble reports 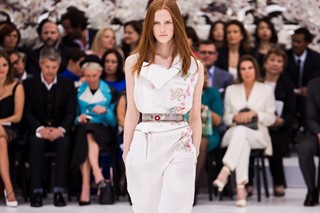 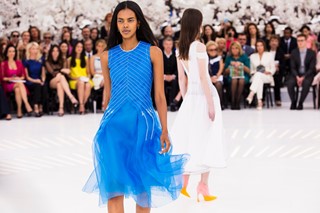 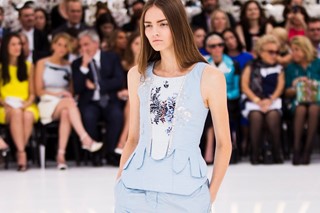 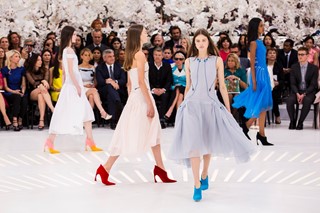 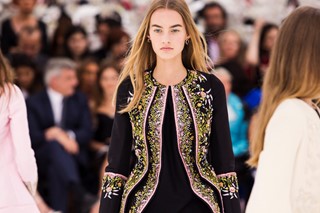 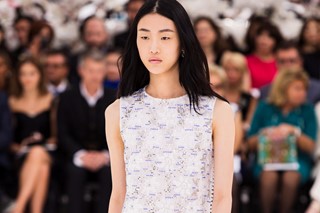 The past matters and Raf Simons confronted it head on in his latest Haute Couture collection, one that proves there is much more to Simons’s oeuvre at Dior than what he describes as a “modernised look of the last decade.” Instead he deliberately looked at historical costume references from the 18th century onwards from ornate court attire to the suits of astronauts today, and distilled an attitude of that past, which felt thoroughly fresh today. The set, with its circular retro-futuristic white runway lit-up with mirrored walls entirely covered in white orchids, accentuated the luminosity and lightness of every outfit. Stanley Kubrick’s 2001: A Space Odyssey came to mind. Despite every piece having provenance in fashion history textbooks, no ensemble felt weighted by the past.

Divided up into eight sections, Simons was free to go on this history trip. The pannier dresses of the 18th century were made light and bulbous as if filled with air. The flight or boiler suit are rendered in silk taffeta and embroidered so that that notion of utility is erased. The linear lines of the 1910s make for perfect coats, worn sparingly. Technical constructions of bodices are exposed and deconstructed. The justacorps and court coats of the 18th century are adapted with Fragonard-esque femininity. The sinuous lines of the 1920s flapper dress are aerated with delicate embroideries. Dior’s own archives are also reinvestigated in simplified bar jackets with exaggerated collars. Finally, the stitching of technical astronaut suiting is transposed to light organza dresses. Sounds overly complicated? It was the opposite. It was digestible.

For non fashion-history buffs, this show format also handily gave a compartmentalised overview of the collection - the perfect coats over the lean trousers, the huge-collared take on the classic Bar jacket, the dropped waist dresses and so on and so forth. And they were surprisingly straightforward. The historical facts didn’t need to be rammed down your throat. Simons may have been looking at the past but he stumbled on to modernity in the process.

Press note quotes are rarely enlightening but Simons counters that with the following:  “I was interested in the process of finding something extremely modern, through something very historical; particularly through a juxtaposition of different themes. The historical inspiration is not the justification of the collection, it isn’t its entire meaning. What I was attracted to was an idea of architectural construction – that is a very Dior attitude – and how the foundations of one era are based on another, how the future is based on the past; that is what I found fascinating.”

We’ve seen the results of how Simons’s personal past played out at his own label for SS15 so it was nice to see a bit of that memory lane trip creep into this haute couture show for Dior. Made up of only Sonic Youth songs, the playlist included "Screaming Skull", "Making the Nature Scene", "Teen Age Riot", "Flower", ending with "Into the Groovey", the 1988 cover of Madonna’s Into the Groove. Simons may have explored the far past but it felt significant to have the soundtrack of his youth quietly reverberating in this extraordinary Dior setting.

Last season, cut out silhouettes were combined with couture trainers, inspired by a 50s ceramicist. See it below: 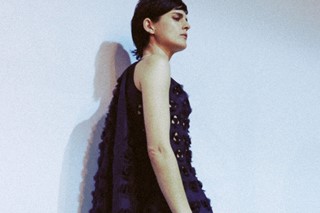 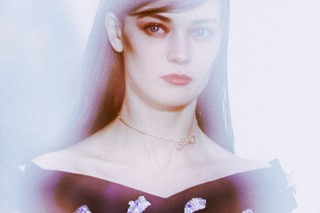 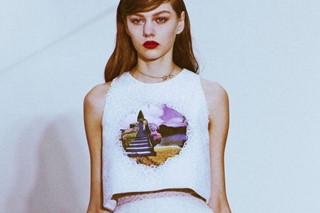 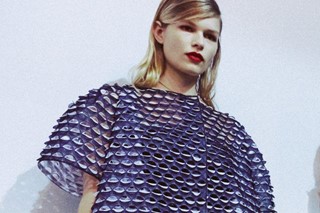 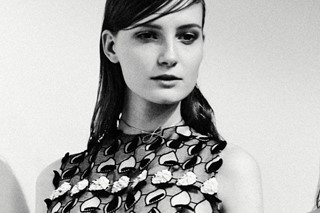 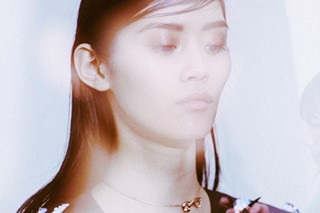