Silk shirts and tracksuit bottoms: the Florentine designer breaks the boundaries of casual and formal in Milan 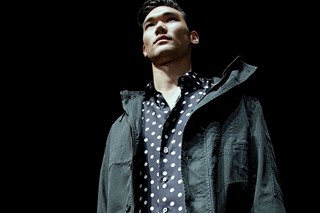 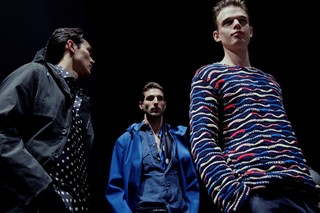 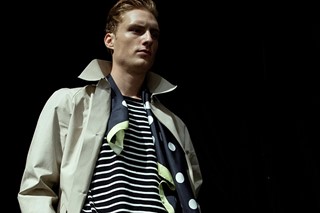 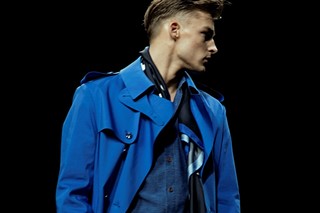 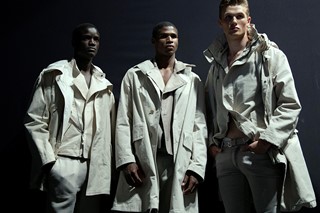 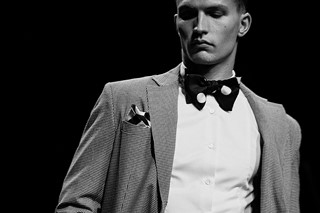 Formal-casualwear, or casual-formalwear. Tracksuits and slouchy parkas clash with classic tailoring, topped off with bold stripes and polka dots.

After showing his neutral-hued, seasonless capsule collection at Pitti on the hilltop terrace of the epic Forte di Belvedere in Florence (aka the Kimye wedding venue), the Florentine designer was in Milan today to show his SS15 offerings in the Palazzo Serbelloni. Whilst the collection began in a similar desaturated vein to his Pitti presentation, shocks of emergency orange, royal blue and an almost neon green began to appear, vividly lining sand parkas. This season, Milan’s designers have been set on integrating sportswear into their collections, and Scervino was no exception – tracksuit trousers of thick jersey, complete with contrast side stripes, were paired with button-down shirts.

At Scervino's dinner in Florence last week – attended by BFF Kanye West and Scervino campaign girl Asia Argento – it was Boy George on DJ duty. Today the models took the stage (clad in slinky polka dot dressing gowns) for the finale to “If Everybody in the World Loved Everybody in the World” by Italian DJ Stylophonic.

The soundtrack to Ermanno Scervino SS15: 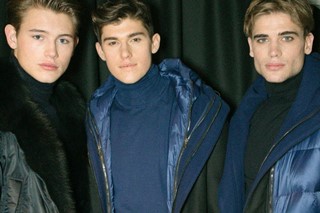 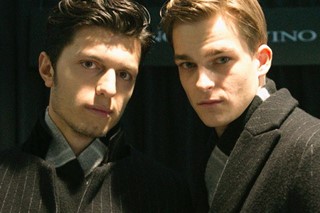 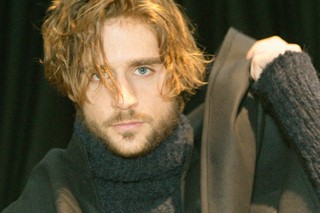 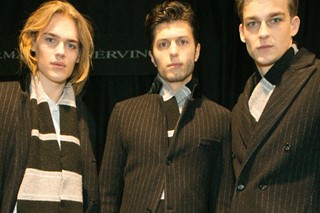 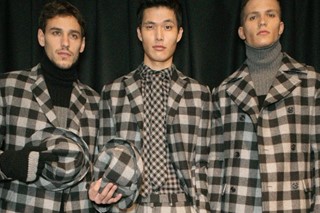 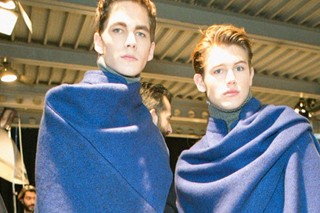