From cyber fairy tales in pastel silicone to eccentric generals in sequins and silk, we select our favourites from this graduate season's first show 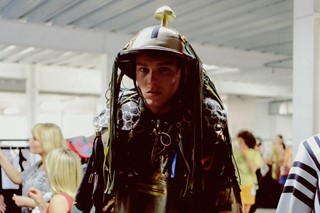 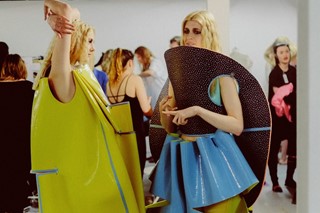 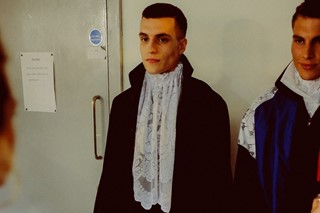 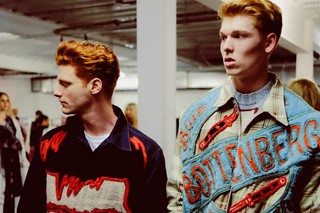 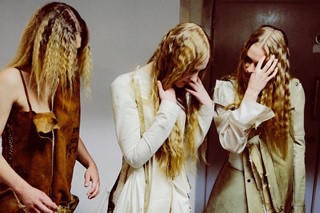 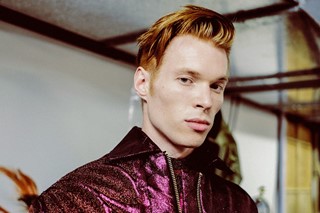 The first look of the show, Muto’s flowing white gown of lace and white stripes (think the satin/matt stripes of your polyester PE kit) arrived from the yellow halo of backstage, Muto-branded boot kit bag in hand.

An organza skirt came appliqued with a haphazard patchwork of white jagged ceramics that chinked and clattered down the runway.

Maybe it was the shock of red hair, or the theatrics of glitter but Fickling’s shimmering, bronze tailoring brought David Bowie to mind.

To a twinkling soundtrack of futuristic bleeps, tales of otherworldly princesses playing dress up in giant clothing were conjured.

The final bulging puffa jacket coat, covered completely in moss green and golden sequins. Paired with silken shorts and a head piece of burnt orange feathers, it evoked the image of an eccentric general caught up in the magic of Arabian nights.