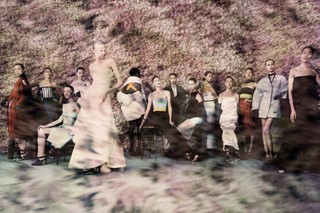 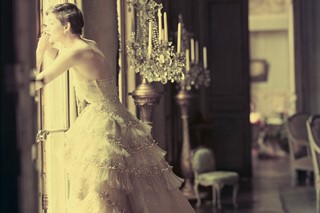 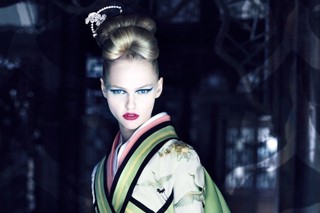 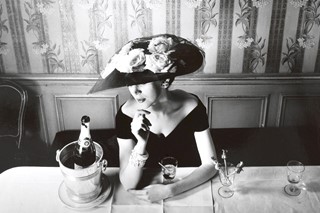 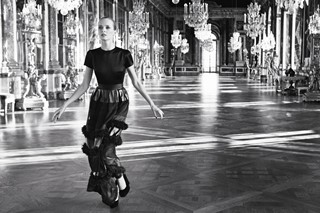 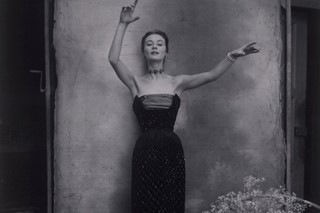 When Raf Simons showed his AW13 Haute Couture collection for Dior he created an immersive experience for his audience. The resulting sensory overload made possible by his collaboration with four of today’s most influential photographers including Terry Richardson, Paolo Roversi, Willy Vanderperre and Patrick Demarchelier. Challenging them to shoot the models simultaneously backstage on the morning of the show, he allowed each photographer the freedom to make their own interpretation of the collection which referenced travel across the four continents, presenting a new global vision of Couture. The resulting images wallpapered the catwalk forming a digital tapestry, that cocooned the audience.

This new era of imagery pioneered by Simons is a continuation of the fashion houses archive of iconic fashion images. In fact, these are the four photographs that close Dior’s latest publication – Dior: The legendary Images, a photobook which traces Dior’s visual journey from 1947 up until Simons’ new era we see today. From Demarchelier’s black and white of Natalia Vodianova with Dior’s ateliers, to Richard Avedon’s iconic Dovima with Elephants and the distinctive work of Nan Goldin and Guy Bourdin – Dior: The legendary Images pays homage to some of the most iconic moments in fashion history.

Dior: The Legendary Image Makers is out at the end of April and published by Rizzoli.