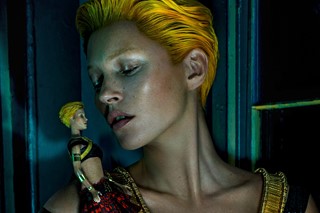 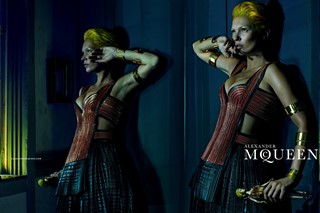 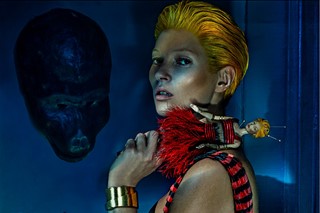 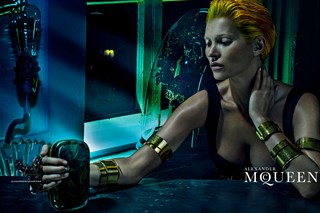 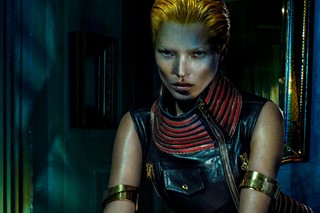 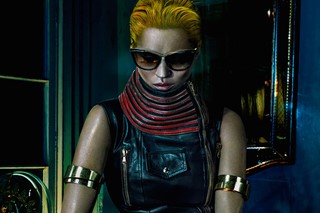 Kate Moss contemplates a dystopian display of television sets in a dark London alley, bringing the brooding giallo genre back to life. But whose eyes are following her Marilyn blonde locks around? Set to a soundtrack of heavy respiration, Steven Klein shoots Moss for Alexander McQueen's SS14 campaign, which has all the markers of a McQueen nightmare: voodoo dolls, sleek leather and some movement in the shadows, all given a sexy Klein squeeze. The darkness devolves into madness as the bell tolls, and the timing couldn't be more perfect. We've been waiting for Moss and McQueen to once again give us a surprising gasp.