A dark marching army for those who reject authority, in leather, straps and dissecting zips 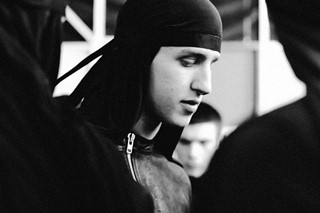 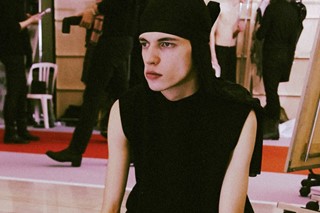 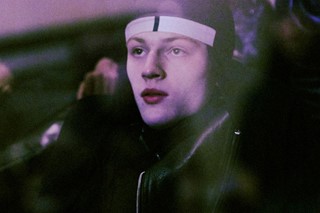 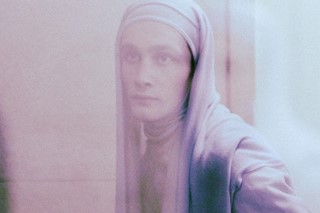 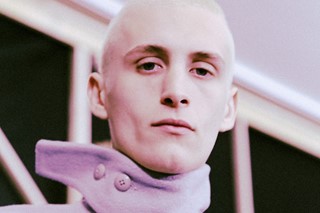 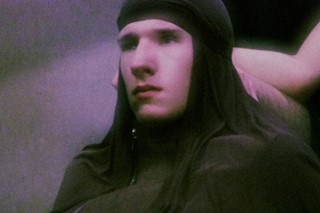 If the invitation — a leather slab, which some might say could double as an S&M paddle — was any indication, then this season was about severity, authority or as the collection was called: défilé.

“I think all men want to project a certain amount of authority in the way that they dress. Défilé means parade, a military thing. I was thinking about how a young man reacts to authority, the way he is hard-wired to reject it in order to move forward and create his own authority. I remember rejecting authority and I remember how urgent that was – school! Cops! Teachers! Parents! Everything. A lot of what I do is a memory of that reaction. A man who’s interested in dressing, is interested in expressing himself. And part of that is rejecting standards” Rick Owens

A continuation of his iconic silhouette (almost nun habit-like in its minimalism), but this season with far more severity. Silver zips dissected the torso, thick strap detailing – culminating in a complex strait jacket of straps, ties and fur – hinted at dominance, and dark sexual games. Voluminous stiff ‘scarves’ tied at the neck like a bow, fanning out behind the head, felt threatening and suggestive.

Leather metallic straps on the wrists may have looked like handcuffs, but instead seemed in reverse to authority, like they were worn with pride, and a symbol of membership to some kind of cult. Knee high tough leather boots with heavy marching soles emphasised the défilé title of the collection.

An intense and abrasive onslaught – but did you expect anything else? For the finale, the boys marched as one army, all in black, to RP Boo “Off Da Hook.”