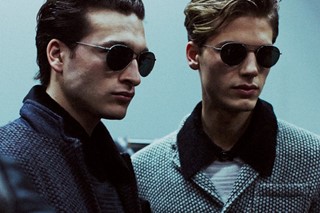 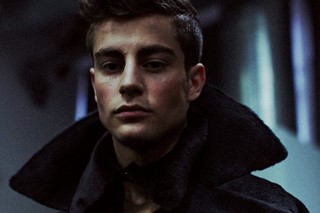 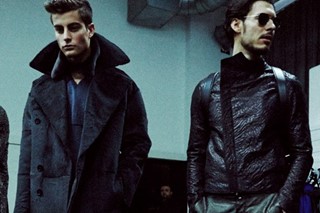 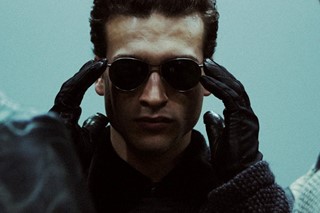 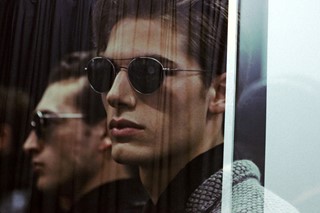 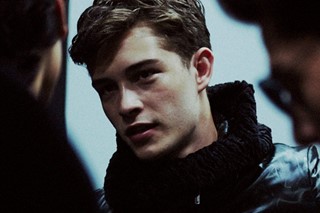 A dark show which thanks to crisp cuts and polished finish veered far from gloomy. The stone greys were taken from mineral colours, those iridescent tones that, on closer inspection, appear blue or plum. A set of abstract mountainous prints featured flashes of white, while thick knits mimicked the 3D surface of reptile skin.

Bobby Darin "Not For Me" and a cover of Duke Ellington "It Don't Mean A Thing".