Wes Anderson’s hyper-stylised, studied awkwardness – which can grate over an entire feature - has found its perfect fit with Prada in his short film, Castello Cavalcanti. As with Anderson’s advert for the Prada Candy fragrance earlier this year (starring Léa Seydoux), and his upcoming release The Grand Budapest Hotel (starring a slew of his celeb stable – Bill Murray et al) it’s a nostalgic American take on old Europe.

The camera pans across a scene in a one piazza kinda place in Italy in 1955: old timers playing cards, a bored waitress, a boy with a toy and a cat with a suspiciously flirty tail. The typical scene is broken when flashy American-Italian Jed Cavalcanti (Jason Schwartzman) races through the village and smashes his bright red motor into the Jesus statue. Locals encourage him to carry on, but he admits in brilliantly hammy fashion (and some pigeon Italian): “Come on, it’s totalled fellas! Completamente finito! Total calamity disastro catastrofica!”

Over a shot of the local hooch he realises he’s crashed into his ancestral home, so decides to skip the next bus and settle down with a big bowl of spaghetti with la famiglia. The Prada sponsored race jumpsuit is the big nod to the brand, but beyond that this is more of the brand’s interest in working across art, architecture and film for their Prada Classics project. 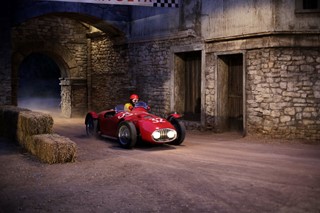 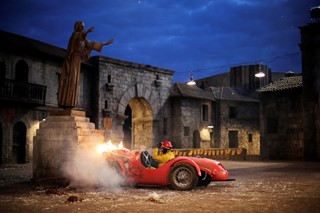 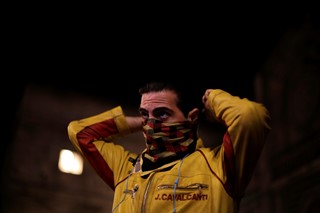 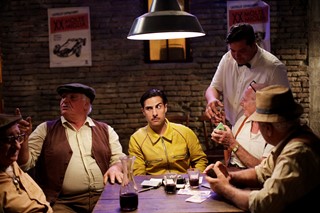 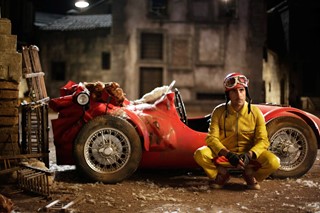