Taken from the November issue of Dazed & Confused:

As 90s heroin chic started becoming a fashion-world cliché, Brighton-born photographer and film director Sean Ellis paired up with the beloved late editor Isabella Blow to conjure up a new aesthetic brewed from dark dreams and ominous surrealism.  Blow, whose extraordinary contribution to fashion includes discovering Alexander McQueen and Stella Tennant, lent her eccentric styling to Ellis’s artfully lit editorials, helping him become one of the decade’s most sought-after photographers. As the  fashion world pays tribute to Blow’s inimitable spirit with a new exhibition of her wardrobe at Somerset House, Ellis – whose latest film, the British–Filipino Metro Manilla, is his second to be nominated for an Oscar – recalls how their collaboration helped usher in a new era of fantastical fashion photography.

“Funnily enough, I actually met Isabella because of Dazed. I had one of my first fashion stories commissioned by the magazine, a six-page series of knickers that had been shot up girls’ skirts. Shortly afterwards I got a call from Isabella, who said: ‘I just had to let you know it’s the best thing I’ve seen in ages.’

I managed to talk her into doing a story with me for The Face (in 1996): a post-apocalyptic world where only the kids were left, dressing themselves in these futuristic Victorian corsets. It was called ‘Taste of Arsenic’ and was the first of many stories we did together. The pictures were really well received – they were just completely different from everything else at the time. 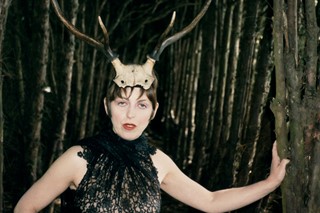 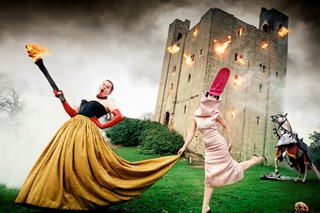 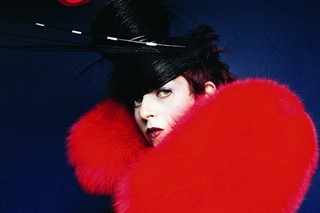 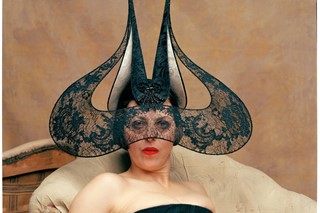 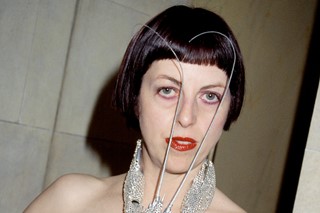 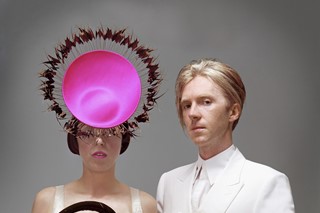 I can’t remember precisely when this image of Isabella was taken as it wasn’t dated and was never actually printed anywhere, but it was around the year 2000. Isabella had asked me if I could do a portrait of her for Russian Vogue.  It was at the end of a long day, we had just done a shoot together and I had an idea of her lying on the floor surrounded by candles in this very gothic environment. It was very much in line with what we were doing together at the time. I had been looking for a darker aesthetic to an image; I was kind of over heroin chic. I wanted to move in a direction that was more dreamlike. Izzy and  I pushed that really dark, cinematic and epic style, and that’s what we ended up becoming known for. I guess my love for the darker imagery came from a teenage obsession with horror films and the danger they represented. Mixing that with fashion photography felt like a fresh, new idea.

It pretty much ended when Isabella and I went our separate ways. Things changed, and so did my direction. It became more difficult to work with her, and looking back now, it’s obvious that it was because she was suffering from depression. I did bump into her a few times before she died, and I always missed her. I feel really sad that she’s not around any more. We’re missing a  great talent.”