The designer takes us on a desert mission with military precision 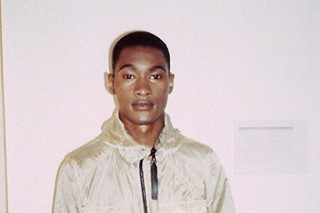 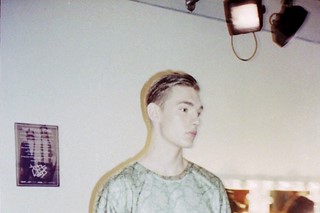 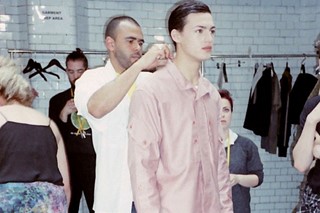 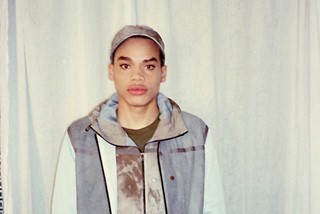 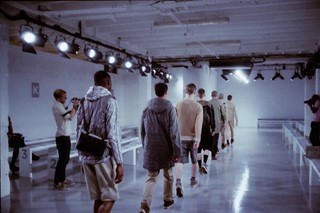 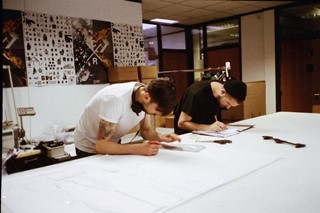 For our ongoing Mercedes-Benz Fashion Broadcasting series, we look at the exceptional work of three up-and-coming LC:M designers. Known for his experimentation with fabrics and forward-thinking outerwear, Raeburn continued his signature of sourcing and creating military derived looks, which fuse urban protection with a highly stylised edge.

This collection was inspired by the extreme environment and the men of WW2‘s ‘Long Range Desert Group’, delivering a mix of functional lightweight and water resistant fabrics, some of which utilised Raeburn’s mash-up of old and new textiles.Innovative hybrid pieces included a classic bomber, suit jacket and shorts made with a ‘Cool Wool’ mesh over new stretch Schoeller fabric; military parachutes re-appropriated with mesh as a reversible jacket and parashirt, and a draw-string field jacket made with original 1950s rubberised cotton.

Raeburn also added a heavywight of accessories thanks to his collaboration with Porter bags, which saw his bold designs across a range of rucksacks, some supersized to fit a small army into.  This show was a clever mix of the contemporary and the traditional, functionally fashioned into a well-dressed urban hiker.