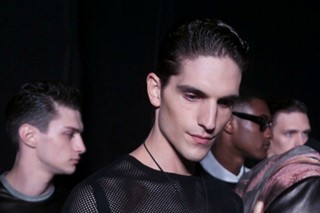 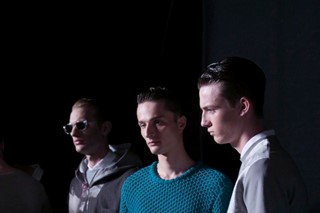 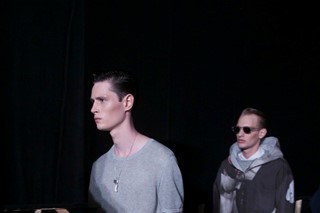 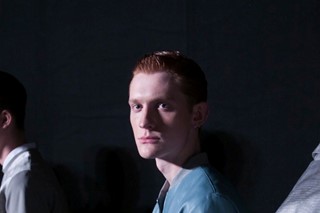 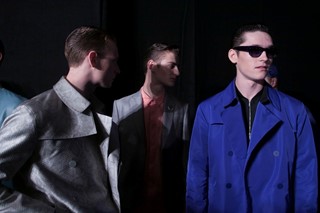 Over its first two seasons, Richard Nicoll’s menswear has been a reflection of what the designer would wear himself. But for SS14, Nicoll looked to the book 1977 by Pietro Mattioli – a collection of portraits featuring the male patrons who hung out at Zurich’s first punk and New Wave nightclub – to create a gang of individual guys. “I wanted to create my own kind of imaginary club inhabited by quite different guys who have a unifying interest,” Nicoll told us after the show.