22March 2013
TextTom Prior
SISTER By SIBLING for Disney7 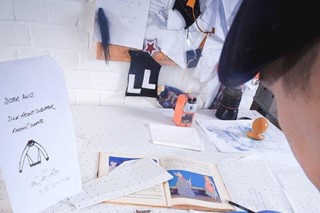 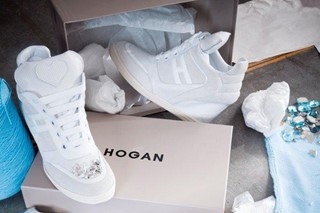 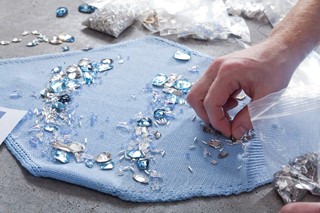 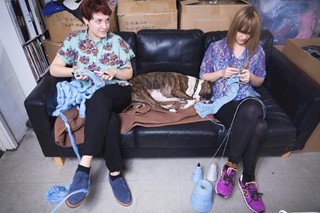 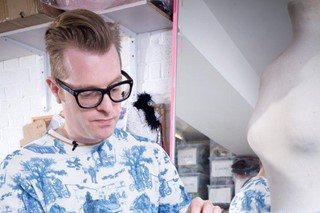 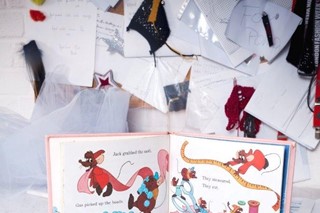 Alongside the likes of Alber Elbaz for Lanvin, Luisa Beccaria and Philip Treacy, the London knitwear trio SISTER by SIBLING have designed a one-off Disney-inspired creation to celebrate the extension of Disneyland Paris's 20th anniversary. Joining the host of designers from around the globe to create animation-inspired designs, the trio Sid Bryan, Joe Bates and Cozette McCreery have decided to take the more leftfield route and drew inspiration from Cinderella’s three mousey friends Jack, Gus and Mary (who aptly in turn mirror themselves) instead of dressing Cindy herself.

The final creation will feature an extended knitted mini, hand-embroidery by Laura Lees and high-tops with customised sparkles , to be shown in a catwalk show at Disneyland Paris along with the nine other European designers including Elbaz, who has created a bespoke dress for Minnie Mouse to wear to the event.

Dazed Digital: What was it about working with Disney that appealed to you in the first place?
SIBLING: All three of us couldn't have been more excited when we were approached, the name Disney is so much part of everyone's childhood isn't it? And has such history and heritage.

DD: What was your favourite Disney story as a child?
Sid: Lady & The Tramp, it's a classic. Love the 'He's A Tramp' song, the spaghetti scene and… it's singing dogs!
Joe: Robin Hood, the one with Robin played by a fox but I was terrified by the portcullis coming down on the rabbits.
Cozette: Fantasia, especially Mickey as the apprentice or Sleeping Beauty for the Witch. Yes the witch. My mum said I howled when after changing into a dragon she was killed. Weird kid.

DD: Do you feel SISTER by SIBLING's aesthetic lends itself well to Cinderella?
SIBLING: Well, we are very heavily influenced by Pop Art and Disney often feels more pop than say Warhol. We also really liked the whole 'Extended' theme of the catwalk presentation because it is something we referenced heavily for AW13: all the giant Beanies for SIBLING and huge scarves, berets and baby doll dresses for SISTER. The brief felt very 'us'.

DD: What was the most enjoyable part of the project?
SIBLING: GOING TO DISNEYLAND PARIS!!! Yes we are shouting!!! None of us have been and we are SUPER EXCITED. We may be sick on the train due to it.