Fashion as pure as the driven snow, or the ream of paper ready for the industry's first notes 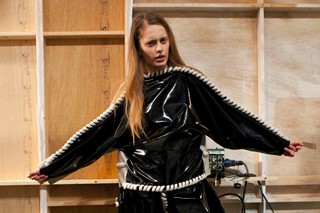 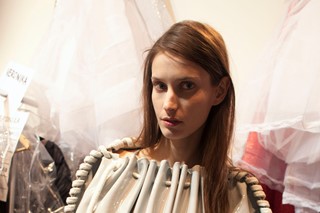 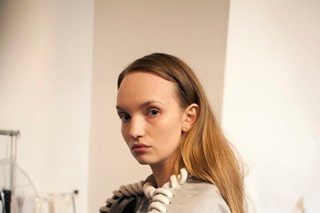 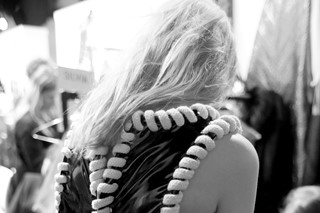 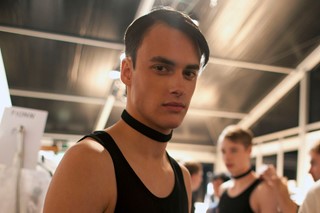 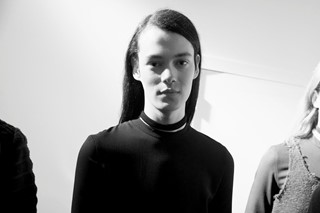 On the benches at the CSM MA show were Xeroxed booklets, the front of which had CENTRAL SAINT MARTINS COLLEGE OF ARTS & DESIGN MA FASHION SHOW 2013 in block Helvetica. Inside were sponsors names and a list of success stories – two of which, Roksanda Ilincic and Christopher Kane, were in attendance. But for the large part, the stapled ream was blank, as this was fashion as pure and untainted as the driven snow, without the noise of association or context yet.

Elena Crehan's intricately laboured lace/fur mix looks were masculine and graphic despite the leggy fishnet tights styling. Sadie Williams wowed with metallic maxi tube looks, all with a t-shirt ease, as malleable as a Cadbury Roses wrapper. Eilish Macintosh, the L'Oréal award winner judged by Kane, presented two collections, both utilising rope. The first was a game of Kinbaku over identikit toiles, the second a gathered PVC adventure.

If it was Crehan and Williams that stood out through sheer creative spark, it was nevertheless interesting to look at the bigger picture, what united the peer group. Kurta tunics, runaway pleating and casual bondage were likely the talk over this year's cutting table.