Fashion writer and editor-at-large of Danish magazine the Horse Rider’s Journal, Susanne Madsen writes every month about the awesome energy of fashion and film under Costume Dramas.

There’s something quite sad about the fact that contemporary costume design rarely features in the Oscar stakes, and the announcement of the 2013 Academy Awards nominations didn’t do anything to buck that trend. The last time something other than a corseted, girdle-wearing period drama won Best Costume Design was in 1994, but that was for The Adventures of Priscilla, Queen of the Desert, which – bubblegum pink wigs and exploding feather headpieces considered – isn’t even a very good exception to the rule. Save for a couple of token nominations, most recently for Antonella Cannarozzi’s work on 2010’s I Am Love starring Tilda Swinton dressed in a mix of bespoke garments, Jil Sander and Fendi, the Oscar committee seem pre-programmed to think costume design equals knee-length breeches and cravats. You know, fancy dress. This year, even Kasia Walicka-Maimone’s 60s twee-chic looks for Wes Anderson’s Moonrise Kingdom were clearly a tad too modern to receive a nomination.

What we have instead is a list containing Jacqueline Durran’s lavish floor-sweeping gowns for Anna Karenina, Joanna Johnston’s historically accurate creations for Lincoln, Paco Delgado’s colourful grittiness for Les Misérables, Colleen Atwood’s ominous couture-like creations for Snow White and the Huntsman and finally the late Eiko Ishioka’s sculptural fantasy pieces for the kiddie-friendly Snow White adaptation, Mirror Mirror. Out of the five nominees, Atwood and Ishioka are by far the most interesting, even if they’re dragged down by lacklustre movies. If we can’t have contemporary costume design at the Oscars, at least both of these costumiers offer something visually arresting beyond the traditional concept of beautiful period costume. And what sets the two master costumiers apart from the rest of this year’s nominees (and much of costume design in general) is their ability to go far beyond the fashioning of a universe and its characters. 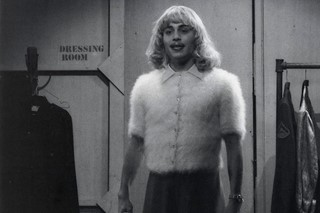 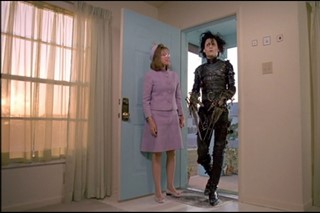 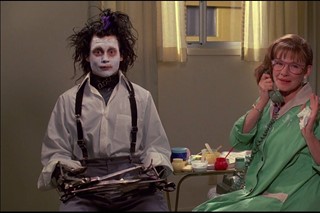 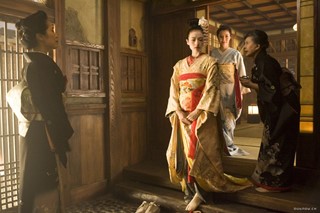 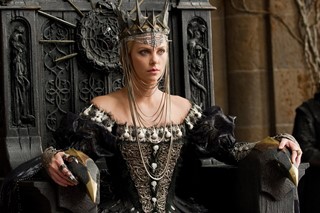 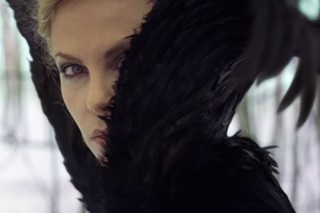 Colleen Atwood, a three-time Oscar winner and long-time partner in crime to Tim Burton, has dreamt up costumes for Edward Scissorhands, Ed Wood and Memoirs of a Geisha, while Eiko Ishioka, who passed away in January last year, originally worked in graphic design and advertising before taking her strong eye to the screen with haunting pieces and an Oscar win for Bram Stoker’s Dracula. Both subscribe to variations of an architectural and piercingly opulent vocabulary, and above all, their pieces blur the lines between costume and set design to startling effect. To costume puritans who believe costume design should be a subtle character detail, blending seamlessly into the greater cinematic picture, this is considered a cardinal sin. But why shouldn’t film costume have an element of editorialised, constructed fashion?

In Snow White and the Huntsman, Colleen Atwood’s gothic pieces own every frame with their terrifying, large-scale poetry. For Charlize Theron’s evil Queen Ravenna she has literally sewn death and decay into every hand-stitched seam, leaving bodices covered in snaking silver worms and necklines snarling with beaked bird skulls and sharp claws. Even Ravenna’s wedding gown pays homage to death, with thin, skeletal 3D structures. Similarly, Eiko Ishioka’s work on Tarsem Singh’s The Cell from 2000 took the idea of costume-slash-set design to the nth degree, with installation-like pieces that fused her East-meets-West aesthetic in torture-contraption shapes perfect for King Stargher’s dreamscape S&M realm. 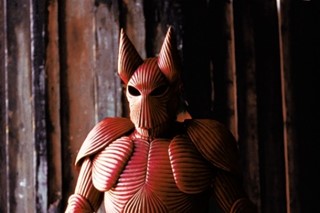 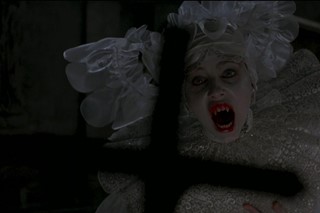 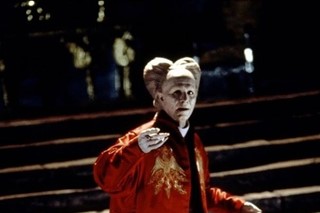 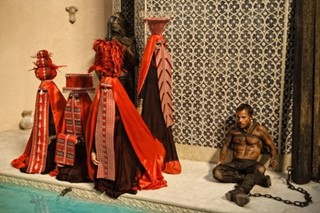 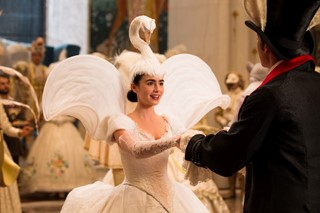 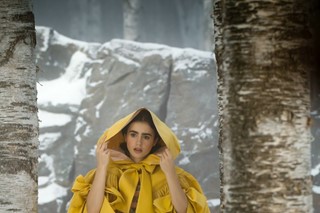 Ishioka’s Mirror Mirror swan song – the fourth film she collaborated on with Tarsem Singh – is a much more light-hearted universe. But that hasn’t stopped her from injecting her otherworldly beauty and crisp articulation into a fairy tale universe inhabited by courtiers in spindly giraffe hats, even if her menacing trademark eroticism is missing. Julia Roberts’ campy, evil Queen wears wooden cage corsets and crinolines, while Snow White gets a winged dress to symbolise her escape. And what could have been a Disneyfied scene in a snowy landscape turns Snow White into a surreal figurine apparition thanks to a sculptural mustard silk cape with a massive bow. It’s not quite the evocative symbolism she conjured up for Dracula, but then, the material is quite different. Ishioka’s sensual muscle fibre armour for the Count still remains one of film’s finest costume moments, somewhere between a flayed body and a horned devil.