Phoebe Philo's graphic side is heightened in Céline's A/W12 collection... 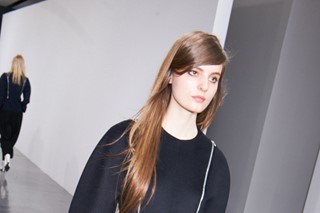 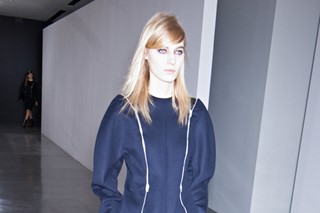 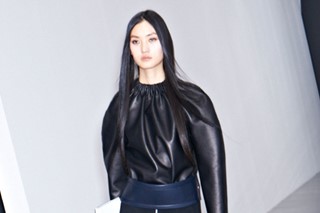 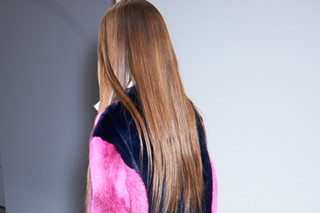 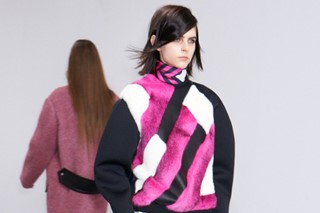 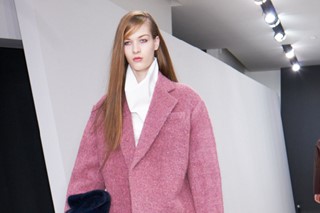 It takes a total aesthete to thrive off a clean slate. Phoebe Philo is just that. The first thing she did following her appointment at Céline? Reimagine the logo and reintroduce its acute accent. As well as open her design studio in London, the city whose beat she marches to, taking the energy and bravado of British street style and reinterpreting its codes as immaculate high-end womenswear.

Due to the impending arrival of Philo's third child, Céline's regular catwalk format was reconfigured as a more intimate presentation for Autumn/Winter 12. Any notions of scaling back didn't show in her collection, however, as following Spring/Summer 12's wide-belt experiment, the slick machine of her killer wardrobe was back, the buttonless double-breasted cut coats and perfectly composed leathers just two elements.

This season, Philo turned up the graphicism with focus on planes of colour and stripes. Sweatshirt shapes were mixed media, interspersed with fur, as lines became reinforced through zips exposed on the front of punky white boots, over the knees of flat-front trousers and navigating the geography of another pull-on top.

All is not what it seems, though, as the silk-looking scarves are actually realised in soft leather. That's Philo's world in many ways, humble influences elevated to their most pristine level and coming out as something else. Philo creates her own climate – and the broader fashion culture can't get enough of it.