After a frenzied final week of applications for our Converse x Dazed Emerging Artists Award 2015 we can now reveal our five outstanding finalists. Our esteemed panel of judges selected the young talents after a day of heated debate. They represent an exciting and diverse selection of ambitious young names from the new generation. Our 2015 finalists are: Jonathan Trayte, Rachel Pimm, Lawrence Lek, Tamsin Snow & Sarah Tynan and Patrick Cole.

Each artist is making entirely new site-specific artwork for an exhibition at the prestigious Royal Academy in April with the help of a £1,000 production grant. All have been selected with their wild and wonderful plans to make use of the space in mind. On 16 April, right before their high-profile group show opens to the public, the judges will reconvene to select a winner of the £5,000 prize.

With such ambitious plans and big ideas, our judges panel comprising Tim Marlow, Director of Artistic Programmes at the Royal Academy, gallerist Javier Peres, artists José Parlá and Steven Claydon, Director of Glasgow International, Sarah McCrory and Dazed’s Visual Arts Editor Francesca Gavin will no doubt have a tough choice on their hands. We run through what to expect from our maverick finalists below.

Obsessed with food display and packaging, for his installation at the Royal Academy, Shopper’s Guide, the walls of his space will be covered in giant printed imagery like billboard advertising. “Shopper’s Guide will be an intense multilayered environment, like a never-ending candy store or Middle Eastern bazaar,” he promises. “A space dizzyingly arranged with obscure curiosities, foodstuffs, sculptures and more.” He invites us to “come and find yourself something marvelous in this dynamic and interactive installation.” 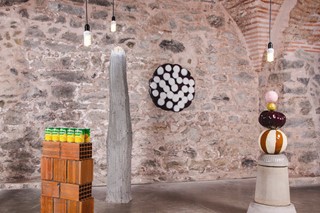 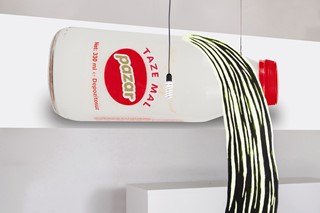 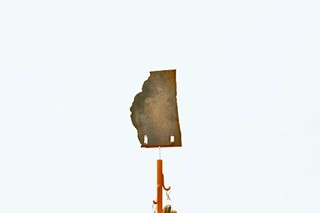 Artist and founder of renowned artist-run project space Auto Italia South East, Rachel Pimm gained her MFA from Goldsmiths College in 2013. Her research-based practice explores the fluid interaction between plants and the technologies that intervene in their performance. She works across sculpture, performance and video, testing and probing that weird amorphous boundary between natural and artificial worlds.

Working with industry professionals in bioengineering and recycled manufacture, for her Royal Academy piece, India Rubber, she will create an installation about rubber tree clone RRII 105 and it’s lower yielding and more climate tolerant competitor RRII 430. A documentary video following rubber manufacture from the growing of hevea plant clones in nurseries in Kerala, all the way through to shredding and recycling plants, will accompany two perfect artificial clones of the plants in a space landscaped with rubber chips, “showcasing them” she says, “like prime artificial specimens from a hunting trip.” 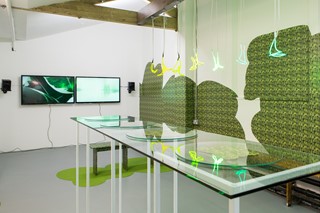 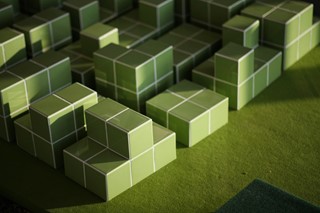 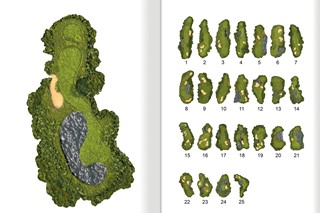 Lawrence Lek, current resident at The White Building and graduate of New York’s The Cooper Union, combines an interest in architecture and physical experience with incredible digital expertise. His ongoing project Bonus Levels uses video game software to create utopian worlds that unfold as a series of downloads, videos, playable games, performances and installations. Lek leads his viewers through fantasy spaces to uncover hidden zones, concealed objects and cyclical patters. It’s all about reflecting the impact of technology on our perception of place.

For his exhibition at the Royal Academy, we can expect something special. “I can’t wait to make new work in response to the Royal Academy,” he told us. “It’s an opportunity to combine my work in sculpture and simulation for the first time. I’m hoping to draw the audience into an installation that challenges their desire to explore and leaves them with an uncanny sense of discovery.”

Tamsin Snow and Sarah Tynan met whilst studying for their MA’s in sculpture and painting at the Royal College of Art and have collaborated since 2014. This dynamic recent combination has invigorated both their practices and they’ve been making some striking and challenging artworks. Together Snow and Tynan construct ominous large-scale architectural environments, adjusting and remaking specific buildings outside of their original contexts. Their vacant industrial environments raise questions about the political underpinnings of social spaces.

Their Pavilion installation is a re-imagining of architect Gerold Wiederin’s Night Pilgrimage Chapel in Austria, complete with replica Mies Van Der Rohe “Day Bed”. The pavilion itself is constructed of faux concrete and adorned with a painting depicting a pattern derived from industrial rubber flooring. Snow and Tynan describe their installation as a “hermetic sensorium for the occupant”. We can’t wait to inhabit the new space they will construct in response to the exhibition rooms at the Royal Academy. 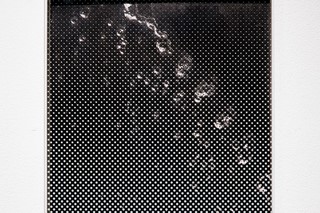 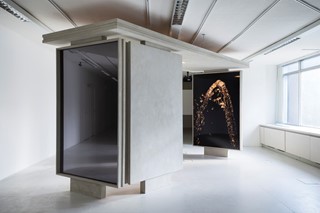 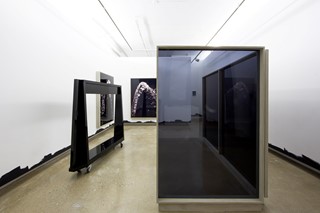 Performance artist Patrick Cole is fresh from his MFA up at Glasgow School of Art. Cole constructs theatrical sets for his performances, presenting them in lunar landscapes or in front of religious altarpieces littered with symbols like beehives or gallows that act as clues for the viewer. Through satirical storytelling he then builds narratives inspired by dystopian science fiction. His aim is to create whole worlds evoking an immersive collective experience for his audience who are left to piece together the logic of his mysteriously strange and surreal performances.

Cole tells us “when discussing my work I like the definition of the bard: in the latter part of the seventeenth century it came to mean an epic author singer or narrator. The bard’s stories would often satirize society, acting as a social cleanser and a kind of relief for the general public.” Cole’s anti-establishment biting performances will no doubt shake up the Royal Academy when we see them in April. 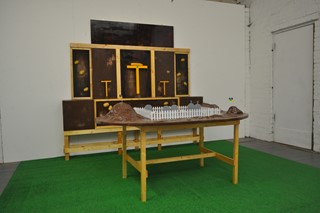 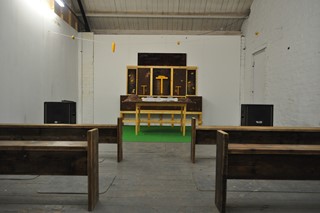 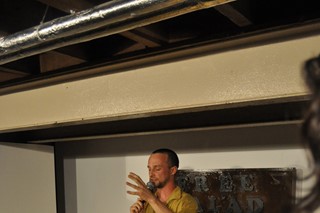 The show opens to the public from Saturday 18 April – Sun 17 May, with the RA friends and family preview being held on Friday 17 April, 2015. Keep up to date with the Converse x Dazed Emerging Artists Award 2015 here