And it looks great

During early lockdown it seemed that absolutely everyone was dying their hair. It was something tangible that we could exert control over, in a time when everyone was feeling pretty powerless. And when the world around us feels capricious, why not reach for the kitchen scissors and box dye?

Pink was the first big trend, with everyone from Elle Fanning to Buffy AKA Sarah Michelle Gellar making the change, while the more extreme two-tone look inspired Pixie Geldof, Ruby Rose, and Georgia May Jagger to experiment with half-and-half styles. Dua Lipa, meanwhile, tried out absolutely everything going from orange to pink to red and back. When she finally returned to her natural dark brown last month, it seemed to signal that the era of colourful experimentation was coming to an end.

However, Rosalía is giving the trend one last gasp. Previously joining Bella Hadid in giving herself a surprisingly good isolation fringe, she has now debuted a Ginny Weasley ginger look. Not quite the neon pumpkin orange of Kristen Stewart’s early lockdown style, Rosalía’s new hue is more of a subtle, although still solid, burnished copper. We have to say, it looks good. 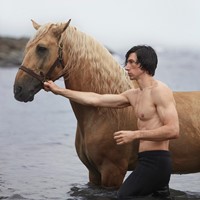 ‘Do I smell?’: 10 minutes with Burberry’s Hero, Adam Driver

In other Rosalía news, the singer recently made a surprise cameo in Cardi B and Megan Thee Stallion’s new video for single “WAP.” A visual feast for beauty lovers, Rosalia rocks a scarlett braided hat that blends seamlessly with her hair. See all the best looks here.

Although hair salons in the UK are now open, DIY-ing it is always fun. If you are thinking about making a hair change let us help guide you through it. Whether you are bleaching it, cutting your own fringe or shaving it all off. No access to hair dye? No problem! Just head to your cupboard for the Kool-Aid.