“Previously on The Hills!” Does that phrase instantly transport anyone else back to mid 00s LA with Lauren ‘LC’ Conrad and co navigating the nightlife, the head-scratching fashion and beauty trends of the time, and their 20s? So. Much. Drama! Oh how we laughed at the outfits and fascinating cliquiness of it all, cried at the break-ups, and sided with Lauren when she tearily declares to Heidi Montag that Spencer Pratt is “a sucky person!” Has smeared kohl eyeliner ever looked so earth shatteringly poignant as it did on Lauren when she argued with Audrina Patridge and shed a single, slow-mo black tear? Chills.

Before The Hills, there was Laguna Beach (2004-2006), which was supposed to be MTV’s real-life version of the cult rich teen, west coast drama The O.C. (2003-2007). Which came full circle when actress Mischa Barton joined the cast of The Hills: New Beginnings, a reunion of sorts for some of the original personalities last year. Lauren became the breakout star when the cameras followed her, post high school graduation, as she moved to LA to study fashion at FIDM, got a bomb apartment, killer internship at Teen Vogue (but she didn’t go to Paris), then a grown-up job at People’s Revolution. All while juggling a rotating roster of friends: Heidi (the biggest friendship breakup ever), Audrina, Whitney Port, Lo Bosworth (a Laguna Beach alumnus too), Stephanie Pratt (who also appeared on Made in Chelsea), and cute boys: Jason Wahler, Brody Jenner, and Doug Reinhardt. Basically living her best life, and the fashion career I dreamed of, in a permanently sunny, privileged, largely white bubble, instead of grey, rainy London where I was.

What made it so great, so seminal, and spawn the whole ‘follow a group of friends, family or random strangers day-to-day’ reality TV juggernaut in all it’s problematic glory, is that you believed that you were getting unprecedented access into their real lives. Even though Lauren later admitted that lots of it was staged and that she and Brody were never really a thing. Running for six seasons between 2006 and 2010, the show took a different turn when Lauren passed the baton to her ‘man-eating’ nemesis from high school and Laguna Beach co-star Kristin Cavallari after Heidi and Spencer’s wedding.

Beauty-wise, we learnt that straighteners double up as clothing irons, eye make-up is very easily cried off, and patterned head scarfs can really elevate a look and hide roots. But on the whole, the looks were prettily classic and mainstream, with a few interesting expectations. Let’s throwback. 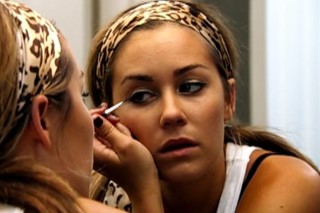 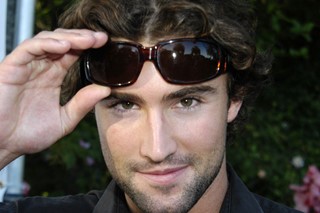 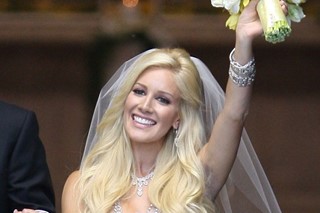 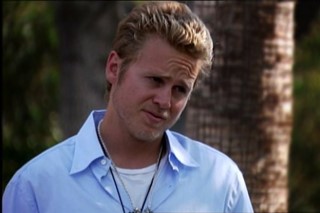 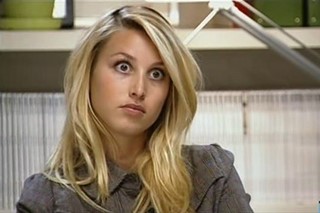 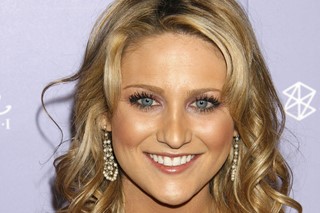 The show didn’t do much to disprove the ‘blonde Cali girl’ stereotype. Besides Audrina, all the main female cast members (and Spencer) wore various shades and dabbled with highlights and ombré with varying degrees of success. Heidi went full-on platinum blonde, which seemed to coincide with her career ascent at Bolthouse.

How Lauren managed to get her naturally dark eyebrows as thin and as neat they were in season one, without shaving them off completely and drawing them on, is a mystery. She soon grew out of that look quite literally.

Heidi’s appearance changed dramatically over the course of the show, and that was well before she underwent 10 procedures in one day to complete a Barbie-esque transformation. Her self-confessed plastic surgery obsession reportedly began with nose and boob jobs.

Whether it was frosted tips, block brights, black or neutrals, the girls were certainly committed to having on-point nails. So much so that Lauren unwittingly gave away that certain scenes were reenacted. On a night out she had red nails but in a later scene that was presented as the same night it was gone – dubbed “nail polish-gate”.

The lone brunette had all the hallmarks: smudgy black eyeliner, a back tattoo, a cool record label job, and long hair extensions that didn’t quite blend in with the colour or texture of her natural hair. That didn’t stop Audrina’s endless cycle of dates or her turbulent on-and-off relationship with bad boy Justin Bobby.

Born out of style or the necessity of letting a side-fringe grow out, Lauren took to braiding the front of her hair. All the way across like a Dutch braid, replacing the black headbands she was also partial to, or just one plait on one side, to pull a bit of hair away from her face, it added a little flair to her looks. Or she pinned the whole section back like a low quiff.

A make-up free face with seemingly unwashed hair, the badass People’s Revolution founder came across as too busy to bother with beauty and was likely to fire anyone who suggested otherwise. Even in a sea of supermodels backstage, she didn’t waiver and it was impressive.

JUSTIN BOBBY AND HIS LOB

It was uncanny how much Justin looked like Johnny Depp and behaved like his Pirates of the Caribbean character Captain Jack Sparrow. Burping on dates, openly flirting with other girls, riding around on his motorcycle, pushing his lucious brown locks out of his eyes, and stroking his baby moustache like the villain/fuckboi he proved to be.