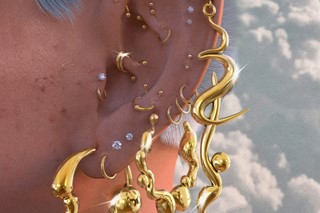 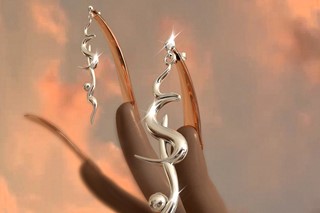 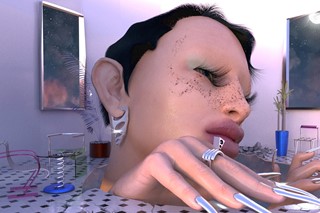 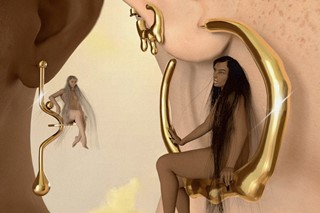 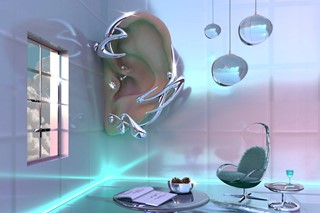 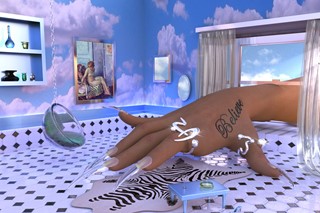 Hannah Jewett’s jewellery is a contradiction of time. Bridging the gap between the past and the future, the designer combines 3D modelling technology with traditional silversmith techniques, modern influences with millennium inspirations, creating an aesthetic that is at the same time nostalgic and futuristic.

Jewett’s latest collection, Total Meltdown, began life when, on the brink of the new decade, she was researching Y2K imagery and found it had a lot of similarities with the work she was doing. Liquid metal, slime, and bubbly tech were all the height of style as the new millennium came in and have been translated by Jewett here into a collection of elaborate silver earrings, necklaces and rings that are dynamically fluid in their design.

For the collection’s campaign, Jewett teamed up with 3D artist Carol Civre, an easy decision to make, she says, since the work already existed within a virtual space. And, in fact, for the time being at least, it's the only space they exist in. Creative process for the pieces involves conceiving them in 3D modelling software Rhino, then 3D-printing them into plastic models before casting into silver samples. With production halted amid the pandemic, the digital DNA of the pieces is now all there is. “For the first time, I don't have actual products for sale along with the release of my new work,” Jewett says. “These images really feel like the only tangible part of the collection.”

The images in question are glossy, spacey, sci-fi inspired scenes of virtual characters set in your wildest teenage girl dreams. The campaign follows the characters through their day, from tranquil daydreams into stormy dystopias. “Carol and I are both fantasy junkies,” Jewett says, “we wanted to create surrealistic miniature interior scapes that felt reminiscent of both 2000s era fashion editorials and ultramodern RPG and avatar videogames.”

The characters themselves seem lifted out of an alien daydream with their mile-long lashes and supersized talons. One character sports a pale blue buzzcut mullet and various facial piercings while another carries a human Jiminy Cricket companion with ankle-length hair in their ear. These beauty details were an important aspect for Civre to capture. “Body adornments are something I really like to play with in my work,” she says. “These types of choices can say a lot about a person and focusing on these details can really elevate the personality of a virtual character.”

For now, these images will exist as artwork on their own terms, the designs transcending the objects themselves until production can pick back up. In the meantime, Jewett says she can only speculate on how retail will recover from the current crisis. “Online models should find ways to account for the community and culture-driven foundations of retail,” she says. “Meanwhile, I’m using AR filters to virtually try on earrings and online shopping for sweatpants and a new bug-out bag.”