Founded in 1993, Miu Miu may have always been considered the little sister brand to Prada, but in the mid-2000s the brand really found its niche as a label with a look all its own that also firmly took distinctive style cues from Mrs Prada. Think slightly off-kilter colours, hazy geometric prints, and the intrinsic throwback to vintage fashion.

For Miu Miu’s AW12 collection, Miuccia Prada sent an army of models down the runway wearing a series of clashing 70s printed suits. True to her usual daring and quirky aesthetic, the suits were paired with high collars, thick geometric ties and waist-defining belts. “After years of skirts, they’re the one thing I find exciting at the moment,” Mrs Prada said of the striking suit silhouettes.

This Miu Miu collection had all the classic ingredients that make up a Prada collection, yet it still felt definitely modern – something entirely new. Even today, the collection looks fresh like it could have been on the AW20 runways. The same is true of the hair and make-up in the show. Mrs Prada shares the same make-up and hair team for Miu Miu as she does with Prada: the legendary Pat McGrath and Redken global creative director Guido Palau. “It’s always exciting because she’s such a fantastic, fascinating woman,” Palau told us of working with Mrs Prada.

“She’s so intuitive. Obviously, she comes from a bourgeois background but she has a great take on women. She always represents women in a very, I think, feminine and sympathetic way. It’s always had a mix of different cultures. She looks. When you’ve trained your eye like she has, she can see every nuance in it; where the part is, what the texture is,” he says. “Sometimes she will pick up on something that you didn’t even intentionally do, and go, ‘is that, that?’ And you’re like, ‘Oh, I didn’t even see that bit.’ It’s a common denominator in all the people I work with, be it designers or photographers or make-up. Anyone who’s at the top of their game for so long, they don’t rest on their laurels. They don’t rest on what they did last season.”

The autumnal-hued suits were striking in their own right: but the hair and make-up really came together to make Miu Miu’s AW12 show one to remember for its groundbreaking vision. For the make-up, Pat McGrath created psychedelic swirls of white and blue around the eyes. Baby blue shadow was applied on the lid, while a thick swoop of white lined the crease and was drawn downward toward the cheekbone like a reverse cat eye. The same blue shade was applied just above the white, under the brow bone. Bits of chunky, inky black individual lashes were applied sparsely throughout the top lashlines on some models. Brows were bleached and, finally, McGrath applied small circular mirrors above the brows, in the corner of the eyes, or on the cheekbones in various patterns depending on the model.

The hair, meanwhile, was parted down the center and worn straight down, with pieces purposely pulled forward in front of the ears, as if to blur the boundaries of gender further. For each show, Palau sits down with Mrs Prada to chat about different periods and references as points of inspiration, as well as the set and music. Miuccia often shows him sketches during the hour-long chat. “To me it looks with the make-up that there was a 70s element to the feeling of the show,” Palau explains. “It’s quite mannish. I created a masculine sideburn, it’s slicked back, and the back is left feminine. You get two textures.”

“Working with Miuccia is a very creative process,” he adds. “I’ve worked with both her and Pat for a long time. I understand the rhythm of it. Sometimes she’ll change the idea, the hair, sometimes we add more make-up. It’s like creating a product. Miuccia is very hands-on with her vision of her beauty – she understands beauty and what it brings to the clothing and the collection. And the Miu Miu women is bourgeois with a bit of rebellion – this show was very much that.”

The show took place in Paris during Paris Fashion Week, at the Palais d’Iéna, where Miu Miu typically stages its show till this day. Each season, the space is redesigned to match the mood of the collection. For AW12, the space was darkened and left noticeably more bare than in other seasons. 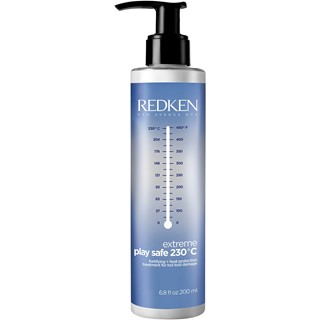 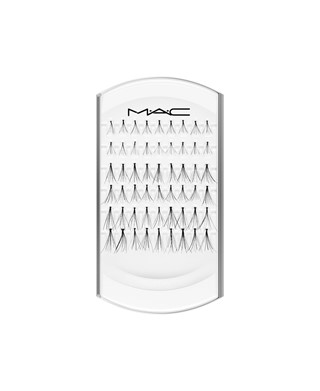 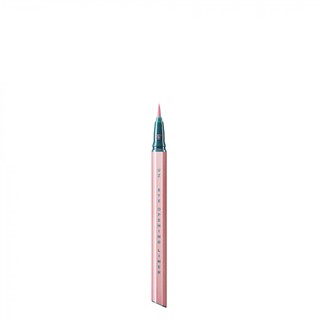 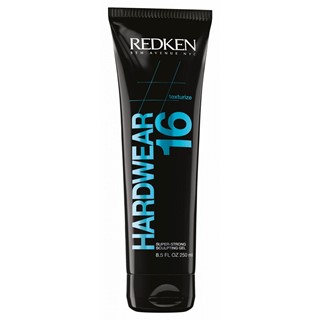 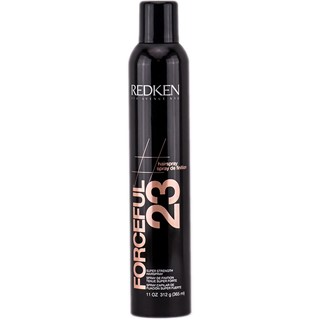 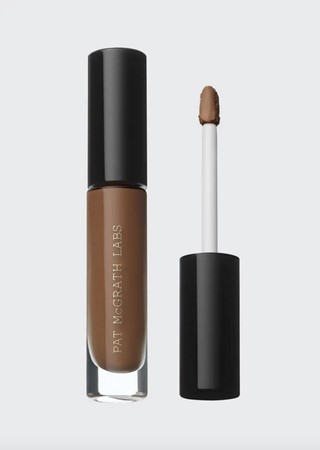 The AW12 show was a masterclass in defying gender in fashion and beauty. As for the clothing itself, the very basic suiting silhouettes took inspiration from men’s uniforms, and the shoes were even crafted out of leathers and materials that are traditionally reserved for men’s footwear. Likewise, the beauty played a similar role in transforming models into genderless psychedelic wonders. From the “sideburns” to the mirrored make-up look that was almost alien-like in its execution, the models in the show seemed to slide between woman, man and creature. For Miu Miu, a brand that had become extremely well-known for its quirky, ultra feminine pieces by 2012, this was a groundbreaking show in that it showcased the brand’s ability to seamlessly shift into an aesthetic all its own.

To get the feminine/masculine hair, Palau says to begin by parting the hair in the center. “I would have used Redken Extreme Play Safe Hair Treatment to blow dry the hair softly, then use a curling iron to create a luxury natural blow dry. I would section the front away from the back, using Redken Hardwear 16 Hair Gel to create sideburns to create boyishness.” He then suggests using Redken Forceful 23 Super Strength Hairspray to set the slick center part and sideburn.

Next, start with some easy-to-draw, bright eyeliners such as UZ by Flowfushi’s Eye Opening Liner and recreate the wild shape of the dual liners. Use concealer, such as Skin Fetish: Sublime Perfection Concealer, to perfect the under eyes and block out the brows (you’ll need a glue stick for this, too. We recommend watching a YouTube tutorial). Top the look off with a trip to the craft store to find little mirrored bits to place above the brows and around the eyes. You can also add thick, chunky lashes spaced separately out around the upper lash line as seen in the runway look, to add even more drama. Make sure to pick out a pack of individual lashes, so you can customize them and mirror the Miu Miu look even more accurately.