For Alexander McQueen’s Spring 1997 collection, the designer presented one of his most dramatic fantasies yet. Inspired by German artist Hans Bellmer, who rearranged toy dolls to create surreally strange works of art, McQueen sent models down the runway in low-cut pants, tight suiting elements and macabre shift dresses that were translucent, fringed and uniquely dyed. “The vision was when Jesus walks on water, but I sort of lost the plot a bit and went somewhere else,” McQueen told Tim Blanks at the time.

The designer had already staged several landmark shows that would later define his career for his extreme outlook on fashion and beauty. The 90s, in particular, were a time when the designer was rising to fame; his shows were often the most anticipated of the fashion month cycle. However, Spring 1997 may have just been one of the wildest, though it kept to the theme of extreme aesthetics and how they relate to fashion. “For sheer provocation, nothing topped spring 1997’s La Poupée, or The Doll,” wrote Vogue.

The metal jewellery, which went from the body up to the face, was by Shaun Leane. Megawatt hairstylist Guido Palau did the hair. As for the make-up, Topolino collaborated with the designer to create metallic cyber swaths across the eyes. One of the most experimental make-up artists during this time, in 1998 The Independent wrote, “Extreme he may be, but Topolino's work influences the make-up we actually wear, however, diluted his visions may become by the time they reach us.”

True to McQueen’s eclectic model casting at the height of his fame, there were many notable faces who walked in the show. Amy Wesson, Astrid Muñoz, Chrystele Saint Louis Augustin, Debra Shaw, Honor Fraser, Jade Parfitt, Jodie Kidd, and Stella Tennant were all present. Kate Moss also walked in the show.

Playing off of this concept, make-up artist Topolino’s chiselled stripes of black make-up arched just below the eyes and over the nose bridge to the side of the face. Other models wore the same look in deep pinks and taupes. Creating a wild, almost animalistic effect, the area directly under the eyes was a shade lighter and had reflective glitter applied beneath it. The look totally redefined the proportions of the face.

Most important to the wild and unhinged aesthetic were the restraints – in the form of jewellery, metal, clothing and make-up. For instance, tubular collars forced the neck upwards while other garments made the arms stay upright in the air. Elsewhere, a model wore a thin cube metal restraint that repositioned the way she walked. Likewise, the make-up across the eyes acted as a sort of restraint as well, changing the way the audience viewed the models’ faces. The eyes were nearly obstructed through the optical illusion the make-up created. From far away, one couldn’t tell if the models were wearing avant-garde eyewear – but it was all just make-up.

Kate Moss totally transformed for the occasion, wearing a dark wig by Guido Palau. Shaped in the style of a bowl cut, long slick layers protruded from the sides in an alien-like shape. Most of the models were wearing wigs in this shape – cut to be bowl-shaped on the top with very thin, long, straight layers going past the shoulders. Some of the wigs were almost helmet-like in their shape and the way they covered the tops of models heads.

The show took place in Paris during Paris Fashion Week. It was a time when McQueen was known to be at his most experimental with sets — from using real fire to robots that spray-painted model Shalom Harlow – and this was one of his most interesting yet. Models walked down a set of concrete stairs before stepping into a searingly endless pool of water. Balenciaga may have just had its AW 2020 show where models walked on water, but McQueen was first.

McQueen was always known to use beauty on the runway to his biggest advantage. Many times, the looks he created in tandem with make-up artists and hairstylists were equally as provocative as the clothing, the set design, music and general atmosphere. In this case, and likewise at many of his ‘90s shows, the make-up and hair became an extension of the entire concept and clothing. Here, the designer’s goal was to rearrange the proportions of the body. With make-up, he broke up the face with Topolino’s lines. With hair, Palau’s helmet-like shapes created a shape that verged on surreal.

As the lines on the face are so graphic, you’ll need to start with a harsh line to shape the look. Use e.l.f. Line & Define Eye Tape under the eyes and across the cheeks to mark out the general shape of the eye make-up. Grab a palette with a variation of dark shades, like YSL’s Couture Variation Palette, and fill the area in, shading it to be lighter just under the eyes. Use a white shadow to blend under the eyes for a lightening effect. Next, apply a pearlescent or glitter pigment, such as MAC’s Reflects Pearls or one of Lemonhead’s chunky glitters.

As for the hair, if you don’t already have a chunky front fringe, you can buy a clip-in bangs piece. Hair extensions companies such as Bellami offer them in a range of shades. Add volume with a volume spray such as Redken Volume Rootful 06 Spray to create a top-heavy bowl effect on top. Next, flat iron hair lengths so that it’s as straight as possible. Finish with lots of hairspray!

Get the look: Alexander McQueen SS97 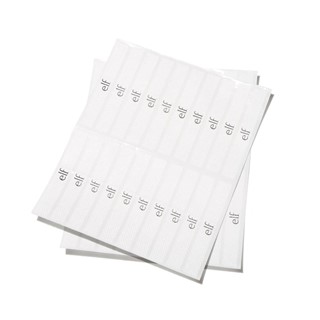 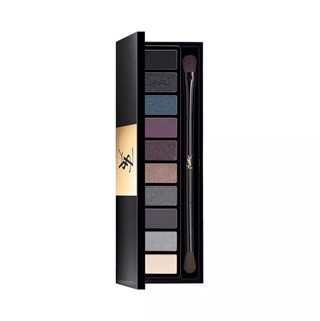 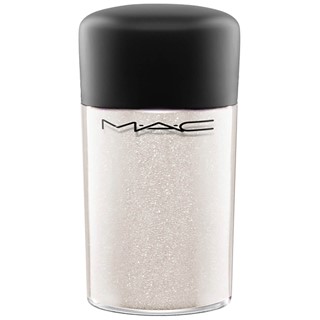 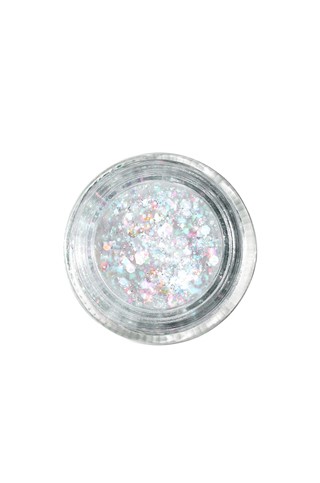 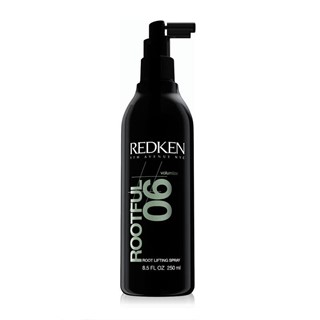