The year was 1993, and Karl Lagerfeld has firmly been cemented as not only a tastemaker, but someone who always pushed the limits in the world of traditional fashion brands. In 1983, Lagerfeld had been brought on to design Chanel while still leading the design of Fendi (since the 60s and until his death). The early 90s were a time of rebellion for him. Take, for example, Fendi’s 1993 Milan Fashion Week runway show, when he employed strippers and adult-film star Moana Pozzi to model his black-and-white collection. Anna Wintour, among others, simply stood up and left. Plenty of 90s Chanel shows also took inspiration from the streets, and there were too many free the nipple moments to even count.

Though the name of the make-up and hair artists have been lost to time even by Chanel’s own team, both were standout elements of the SS94 show. The cast of models included all the heavyweights: Naomi Cambell, Kate Moss, Claudia Schiffer, Helena Christensen, Carla Bruni, Amber Valletta, Cindy Crawford, Stella Tennant, and Christy Turlington.

The SS94 show was a play on high-low. Think: pastel tweed short suits, mini-dresses, and cheeky bralettes all of which would heavily influence the style of Clueless (1995). With the addition of XL chains, oversized denim shorts, suspenders, and bucket hats, it was clear that Lagerfeld was taking inspiration from the world of hip hop at the time.

Along with that, the SS94 collection explored the classic mix of unexpected which Lagerfeld became known for. The tweed suit was turned on its head and transformed into covetable mini dresses, while elements like Chanel logo beach towels and tiny bikinis added an element of camp specifically seen during the 90s. “Fashion today is more about attitude than detailing,” the designer said of his work during this time.

The hair added a quirky and playful element to an already expressive collection. Each model wore a different style. There were high ponytails topped off with the brand’s classic white camelia as well as jagged, angular longer bobs with streaks of unusual colours: sunflower yellow, steel grey, faded mauve, and burnt orange, to name a few. Kate Moss wore a high pony that was painted a pastel pink shade (to match her slouchy suit) with grey tips, topped off with a camelia. Of course, there were also some messy pixie cuts thrown in for good measure. Some of the ponytails were worn so high on top of the head that the surrounding hair fell over the edges of the face and framed it, creating a new sort of volume. Camelia flowers, oversized bucket hats and tweed caps were worn accordingly.

Though chunky blonde highlights were extremely popular during the early 90s, brightly coloured streaks felt like the cooler, more alternative trend on the rise. It wasn’t until the early 2000s that people would start wearing this trend in a more mainstream way, which made the show feel all the more on the verge.

Meanwhile, the make-up made just as much of an impact as it honed in on the cliches of the 90s beauty stereotypes. Models were all bronzed with skinny, dark brows. The A-list cast of supermodels had their faces even more chiselled with blush and bronzer for the appearance of razor-sharp cheekbones. Each model wore an earthy, pink-toned lipstick and the rest of the face was left bare, save for some black liner, eyeshadow, and mascara.

The show took place in Paris during Paris Fashion Week. Classical music played as models spun and twirled down the runway. In addition to the usual fashion insiders, fashion designer Oscar de la Renta stood front row taking photographs. Trios of models walked out together on the catwalk, their hair colour matching their outfits.

Coloured hairpieces, high ponies, and skinny brows… the beauty look of the SS94 Chanel show represented Lagerfeld’s seamless ability to take what was seen in the streets and pop culture and pull it into the world of high-fashion in a totally new and surprising way. His vision for beauty was just as expressive as it was for his vision of fashion, and the SS94 show confirmed that.

The high pony is the signature piece of this look. To get the effect, tilt your head forward and pull all your hair to the top of your crown and secure. Use a clear elastic for the best hold. Then, apply a temporary colour such as L’Oréal Colorista Wash Out Colour to the ends of your ponytail. Fan the ends around your face to frame it.

As for the make-up, the skinny brows are the most important element of getting the look. Use a brow detailer, such as Glossier’s Eyebrow Detailing Pen: Brow Flick, in one shade darker than your natural colour, and shape them to be as fine as possible. Next, contour those cheekbones with a palette like MAC Cosmetics Palette Contouring Sculpt & Shape. Top the look off with a dusty, earthy pink lipstick such as Gucci’s lipstick in the shade.

Get the look: Chanel SS94 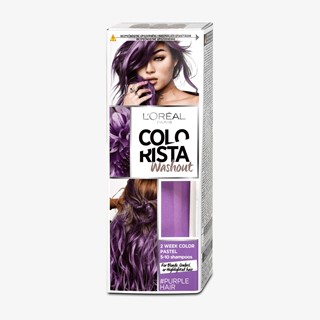 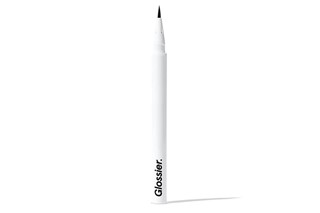 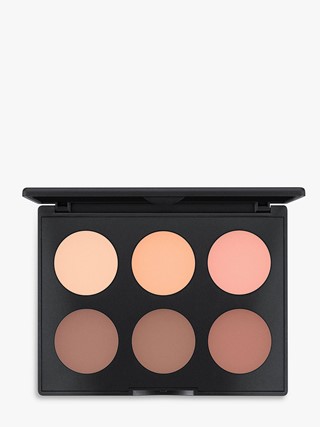 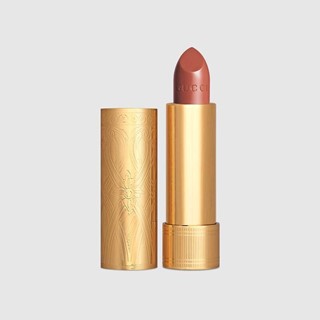