From rock gods to art weirdos: the rise, fall and rise again of history’s most divisive hairstyle 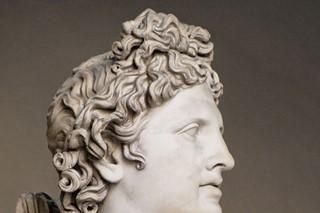 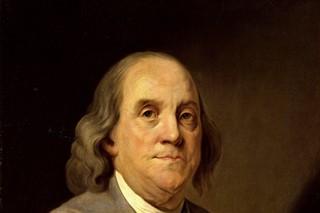 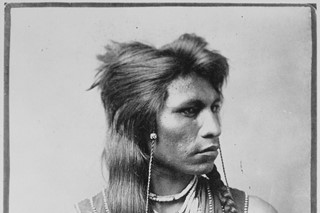 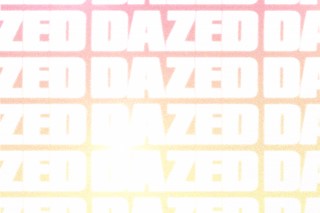 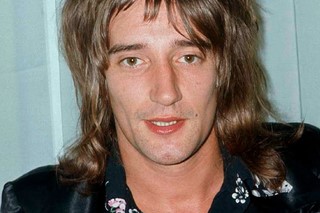 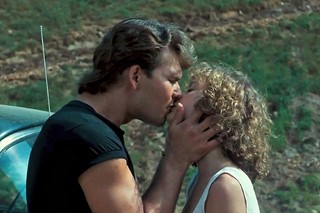 The mullet. Business up front, party in the back - it’s a hairstyle that has shapeshifted in and out of fashion since its inception. The name itself wasn’t coined until recent times, with the Oxford English Dictionary crediting the Beastie Boys’ 1994 classic Mullet Head for common popularisation. But as we know, the infamous cut often referred to as the ‘Kentucky Waterfall’ existed way before that.

In his book Mullet Madness, writer Alan Henderson says that prehistoric peoples would likely have discovered the practical benefit of cutting their fringe to keep it out of their eyes while extra growth at the back would keep their necks warm and protected from the rain. There are also Greek statues that date back to the 6th century BCE that show mullets were at the inception of western culture. Ancient Roman chariot racers rocked them, too. And in the 16th century, Hittite warriors sported them, along with the Assyrians and the Egyptians.

In the US, the style dates back to Native Americans tribes that often combined the look with a Mohawk. Then there’s president Benjamin Franklin, who in the late 18th century wore a ‘skullet’, a style that’s bald on top and long at the back. He apparently thought that with this down-to-earth, slightly rough look he could charm France into increasing its financial and diplomatic support of America.

In pop culture, the look only fully took flight – still without a name, remember – in the 70s. It was the advent of glam rock, with David Bowie’s Ziggy Stardust leading the way, a carrot-orange waterfall cascading down his neck. Bowie was known for his androgynous style throughout his career, and it was all encapsulated in that one hairdo: a fusion of traditionally disparate female and male styles, long and short in one.

That same decade saw Rod Stewart’s mane of hair bounce from shoulder to shoulder, as he performed in jumpsuits on Top of the Pops. The mullet topped off the look that was all pomp and performance. It was exhibitionist. There was Wings-era Paul McCartney, too, his famous Beatles mop now extended at the back. Not to mention the parade of white male rockers with oversized drum kits and flying-V guitars. As it turns out, though, this was only a taste of what was to come.

Welcome to the glory years of the mullet: the 1980s. This is when the in-your-face statement style from the 70s became, well, normal. Teens had posters of Patrick Swayze in Dirty Dancing, no doubt contemplating a mullet of their own. They drooled over Kiefer Sutherland in The Lost Boys, marvelling at his short spikes on top and horse-like tail at the back. There’s zero irony in these looks, just pure, distilled cool. The cherry on top of a teen rebel’s iconic look.

In the 80s, the mullet transcended culture. Everyone from Metallica’s James Hetfield to Billy Ray Cyrus had a mullet. Whether you were metal or country, yuppie or punk, jock or biker, the mullet was a mainstay of hairdos. Typically signifying fun and flamboyance, it said to the world, Hey, I party and I enjoy riding in open-top cars.

Though the style was seen predominantly on white dudes – with notable exceptions like Little Richard – a slew of female figures did rock the mullet, Cher, Jane Fonda, and Joan Jett among them. It was also fully embraced towards the end of that decade by lesbian culture. In the documentary American Mullet, one woman sees it as a signifier of her sexuality. “I absolutely think it’s a lesbian haircut because it’s always my hair that gives me away,” she says, “it’s the dyke cut, the lesbian cut, it’s butch.” Another says she loves the mullet because “it’s kind of a genderless haircut. We need to talk about what it means to be male and female.”

In the 90s the trend began its steady decline. There were some beautiful ones, to be sure – AC Slater in Saved by the Bell, and this kid from Terminator 2. Not only was the style fading, it was becoming one of the most infamous, most divisive hairstyles of all time. It’s hard to pinpoint what caused this shift in opinion, but the emerging stereotype had taken shape. It depicted low-income families in backwater towns, redneck dudes in dive bars who clung to their beloved country music. One man in a TV report said mullets instantly made him think of guys with cigarette packs tucked under their T-shirts. “It just looks dirty,” he says, “it emanates dirt.”

No longer paraded by pop stars and TV hosts, no longer legitimized in the public eye, the hairdo quickly became taboo, a source of embarrassment for people who once proudly flicked their mullets into the wind. Bono regretted having a mullet, Mel Gibson chopped his off, as did Rob Lowe and almost everyone except Billy Ray Cyrus. Mainstream mullets were no longer a thing.

By the late 90s and early noughties, only art weirdos and subcultural freaks happily took up the hairdo, now viewed as the proud mark of an outsider knowingly going against the grain (see the glorious Nashville mullets in Harmony Korine’s Gummo). Over in Monterrey, Mexico, the Cholombianos, a subculture of teens obsessed with Colombian Cumbia music, started expressing themselves through whacky hairstyles. Sharp and short fringes, tails at the back; gelled mullets, flat mullets, curly mullets. There was also Jason Dill, the eccentric pro-skater known for his zany style over the years. In a 2007 doc on Dill, he skates through New York with a completely shaved head and a wisp of curly hair at the back. To employ a haircut that was, by this point, generally accepted as bad taste or kitsch was a statement, a kind of ‘fuck you’ to dominant trends.

In the last ten years of western culture, mullets have broadly remained tethered to 80s nostalgia. TV characters like Steve from Stranger Things have gleefully tipped their hats to the trend. In throwbacks like these, there’s a clear Look how crazy that 80s hairstyle was! And with mullet competitions also a thing, there’s a sense that it’s still one big joke, like the name itself is synonymous with all things hilariously awful.

Surely all of which adds up to the impossibility of a comeback? Wrong. There are signs of a comeback. In 2013, Rihanna sported a full-on mullet at the opening of New York Fashion Week, while Zendaya appeared on the red carpet at the 2016 Grammys with a more subtle take on the style. Then in September 2017, Virgil Abloh sent models down the Off-White catwalk in high fashion variations of the hairdo, while last year, Vogue hailed the mullet as street style’s unlikely new star, as worn by Dazed Beauty favourite Princess Gollum.

So, yes, the comeback is indeed happening but let’s not get ahead of ourselves. You can’t just dive in the deep end and go full-on Patrick Swayze. As hairstylist Riawna Capri tells me, the new mullet is more low-key, less drastic and in-your-face than the 80s mullet. “What I’ve done recently is a more modified and more fashion-forward version of the mullet called ‘the chillet’ or a chill mullet,” she says. “The hair in the back is not longer than the hair in the front, but it has the illusion or silhouette of a mullet.”

So then, the much-maligned mullet is revamped and ready for the 21st century. This 80s staple is back, but with a caveat: it’s not for everyone. Yes, it takes balls to have one in 2019. As Capri explains, even her ‘chillet’ style is for someone who is “confident and isn’t afraid to step outside the box. If you have the confidence to rock it and be different, everyone else will love it too,” she says. And that’s what it’s about. Owning it and enjoying it.