For his fall 1995 collection, fashion's L'Enfant terrible Jean Paul Gaultier had his eyes fixed firmly on the future. A very cyberpunk, Mad Maxette style interpretation of the future, based around a radical updating of the Amazon silhouette. At the time, Gaultier said the collection was geared towards anyone who is “courageous, confident, and very much in control of her life.” A sentiment made flesh in the casting, with models Claudia Huidobro and Estelle Lefébure taking to the catwalk while heavily pregnant, and Carmen Dell’Orefice making an appearance as a falconer.

While the clothing ranged from Victorian steampunk tailoring to exacting corsets and printed bodysuits, the make-up was even more punkish in its approach, exemplifying how creatives were approaching the idea of all things “cyber” in the ‘90s. Overall there was a lot of embellishment. Think graphic squares of eye shadow drawn sharply over the eye (sometimes ombre, sometimes monochromatic), metal chains that resemble piercings, surgical-like face masks that covered half of the face. Some lips were painted metallic shades of grey and taupe while brows were left natural.

Each hairstyle took on a life of its own: there were tumbling braids, shades of neon pink, mini faux hawks, and much more. The golden moment of the hair and make-up in this show came when a few models walked the runway carrying hair dryers – which they then used to inflate their own dresses and headpieces. Unfortunately, ‘til this day, the hair and make-up team remain undocumented, even by Gaultier’s own team.

“Jean Paul is so good about colours and the way we mix them, so it is so important to see the collection in his studio,” says Stephane Marais, a make-up artist who is close with Gaultier and collaborated with him on many of his shows. “The other important thing is his energy and visions, he could ask you at the last minute to change things or add something extra. It is always a challenge with Jean Paul because he is always full of ideas at the same time, but his shows are so eclectic. He loves beauty, make-up and hair.”

The show took place in an industrial space in Paris. Never afraid of adding a performance element to his runway shows, the designer had a motorcyclist ride through the space and crawl up the scaffolding to kick off the show. The room was full of clouds of smoke.

“Each show was an absolutely remarkable hybrid of fashion and social comment,” writer and editor Tim Blanks told The New York Times of the designer’s shows during this time period. “The sense of event that surrounded fashion was very different from the sense of event that surrounds it now. It was much more like a cult band inspiring this incredible devotion. The crowd would be full of drag queens and cult rock stars and things.”

How to Get the Look

To get such a graphic hard edge for the square eye shadow, it’ll help to use some basic tape to block off the area. Then, find a heavily pigmented shadow such as the Anastasia Beverly Hills Riviera Eyeshadow Palette and fill in the box you’ve created. Leave brows natural and add only a coat of clear gel. Paint on a metallic lipstick like some of the models wear to get the most dramatic look possible – Lime Crime’s Metallic Velvetines come in a range of unusual colours like taupe and gold. Adding a bit of contour, such as Nars Contour Blush, to accentuate cheekbones, as seen on the models, makes the cyberpunk look even stronger.

The how-to for the hair is really quite simple: just be yourself! Almost every model in the show had a different style, most of them slightly messy and dishevelled. Use a teasing comb to add volume and mini braids throughout your head, it’s ok to not be too precious. 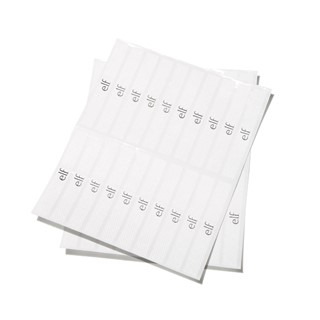 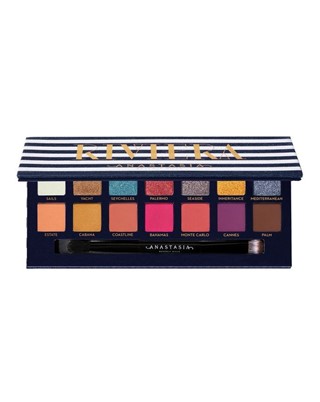 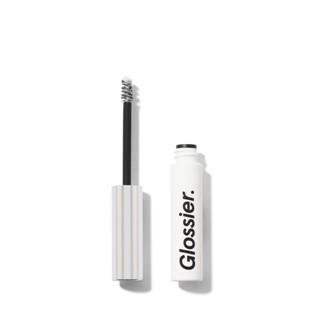 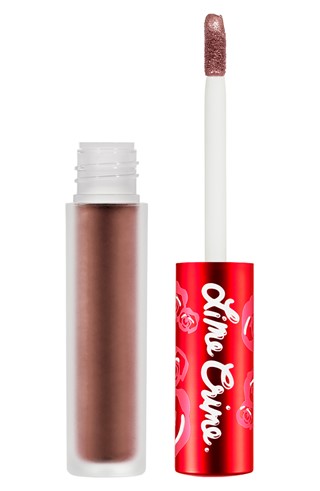 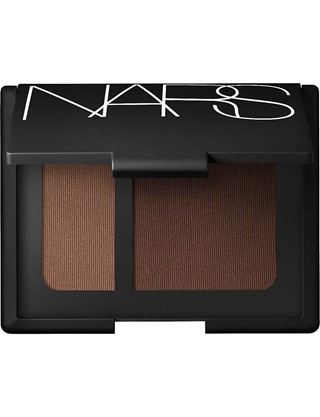 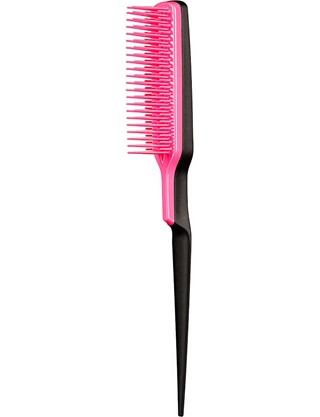