Rusell Bateman is also being criticised for his behaviour towards women

Over the weekend, the founder of invite-only workout classes “Skinny Bitch Collective”, Russell Bateman came under fire for images he posted on Instagram of a fitness retreat that was being held in Kenya. In images and videos from the retreat, local Maasai people could be seen in the background, as the (all white) women on the retreat take part in various exercises around them. Facing backlash from people accusing him of using Maasai people as props, Bateman quickly deleted the images. However, @dietprada soon re-uploaded them, criticising Bateman and the women on the retreat for their “colonial mindset,” writing in the caption:

“They also managed to use the local Maasai people not only as a backdrop, but as literal props in their fitness routines. Some videos have already been deleted, but screenshots appear to show the girls writhing around the locals like an obstacle course. Booty twisting on Maasai cloth chick deserves special mention...real classy lol. It’s 2019 and apparently people still haven’t learned that POC/ethnic groups don’t exist to embellish already privileged lives. The Colonial mindset is alive and well I guess…” 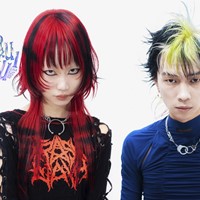 Animegvrl’s AR make-up is bringing beauty into the future

After the backlash, Bateman issued a statement saying “Our intention was to promote a cross-cultural exchange through shared experiences, and to highlight the beauty of Kenya and its indigenous people. However, having taken a step back, we accept and understand that our content fell well short of this aim, and lacked appropriate cultural sensitivity by reinforcing colonial era stereotypes of people of color."

This incident is yet another example of the commodification of wellness and cultural insensitivity that surrounds the often “goop-ified” industry.

In the aftermath of the backlash, evidence has begun to emerge about other unpleasant aspects of the Skinny Bitch Collective (let’s be honest, the name alone should have been our first clue) and Bateman’s behaviour. Former participants and models have been coming forward to @dietprada with stories of Bateman making them uncomfortable with his sleazy behaviour. One model who remained anonymous alleged that when she was 16 Bateman pressured herself and her friend into working out. “We kept saying no, but he pressured us so hard it became too embarrassing to deny him...he was only interested in coercing us into discomfort so he could watch.”

Multiple women claimed they were asked to remove their shirts before the classes at Skinny Bitch Collective began, while @dietprada has been highlighting the hyper-sexualisation of women in SBC campaigns, writing in a post: “Creepy and pervy AF.  The rapey Psycho-esque shower scene is on another level... Don't miss the sex face you read about in our stories, the girl-on-girl ass slapping, the rigorous dietary limitations in pursuit of a heroine chic-era Kate Moss body, or the unhealthy bodily aspirations to an 11-year-old Natalie Portman (images of her from The Professional appeared multiple times on his Instagram feed).”