Listen to the second episode of our new podcast, Growing Pains, featuring groundbreaking London-based choreographer Holly Blakey on growing up as a dancer and mastering her art

Enter the luscious world of Gucci Bloom, the first Gucci fragrance developed wholly under the vision of creative director Alessandro Michele. To celebrate the trio of fragrances, Dazed Beauty has partnered with Gucci to profile three women who champion the values of the Bloom family: self-expression, authenticity and vitality. Three ultimate feminine icons for the modern world. First, we talked to Kelsey Lu, and now, we meet choreographer Holly Blakey.

“The thing about dancing is that it alleviates any feeling of anything else, it makes you entirely present.” These are the words of groundbreaking London-based choreographer Holly Blakey, whose work straddles the border between high art and pop culture to create both live performances and music videos that feel uniquely true to her vision.

Dancing since she was three years old at ballet schools in the North of England, including one in a car park, Holly found her way into a contemporary dance context in her late teens, and never turned back to ballet. She has since shown her work at The Tate and The Southbank Centre in London, choreographed pop stars like Florence + The Machine (for which she won an MVA), Coldplay and MØ, and collaborated with talented musicians from Mica Levi to Gwilym Gold. 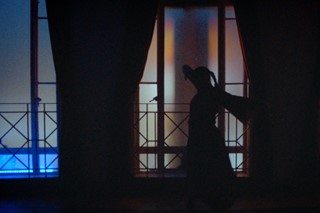 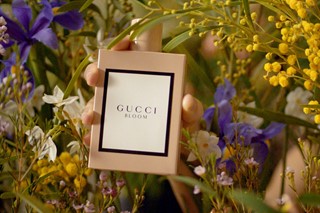 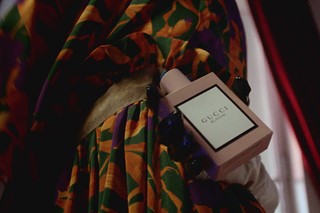 But to really understand Holly’s work you have to see it, you have to witness the way that her close-knit group of dancers move. As Holly puts it, this is less about precision accuracy or remembering every step, it’s about – in the artist's own words – choosing to work with dancers that have a natural vibrancy, giving them agency, and then creating a space that allows for inhibition. The result feels raw and unadulterated. 2016’s Some Greater Class demolished boundaries of what is considered ‘tasteful’ in contemporary dance circles, by finding beauty in the everyday. And 2018’s Cowpuncher transformed the genre of the Western into a dialogue on sexuality, gender, and border politics for the contemporary stage.

In our new podcast series, Growing Pains, we decided to have a candid conversation with Holly about what it was like to achieve success as a dancer and choreographer beyond her wildest expectations growing up, as well as; what inspires her work, where she spends her downtime, and how the lessons she has learned over the years have shaped who she is today.

Listen to the podcast below, and read an excerpt from the conversation between Holly and Dazed Beauty's Managing Editor Amelia Abraham, a longstanding fan of the choreographer’s work.

I can imagine that not going too well when you’re in rigorous dance training?
Holly Blakey: Well, that was the one thing I was really focused on actually, I've always been incredibly focused on dancing and in a way, my wanting to be a better dancer, that was a decision I've made. No one asked me to make it.

I remember the first time I saw Some Greater Class, which I think was around the same time I met you. I was completely blown away, it was one of the most amazing live dance performances I've ever seen. It was like all the euphoria of a night out but with all these meditative lows. I went away and told everyone that they had to see it. I want to explore that idea about taste and what we find beautiful and ask you how that actually translated into the dance itself, or what that process was…
Holly Blakey: Well we’ve been exploring what different demographics of society find beautiful and we wanted to take these "crass" subjects and turn them into vignettes that could potentially be quite ugly things and test people at the same time as presenting them with an idea. A lot of SGC is quite frank and aggressive and not very beautiful and, you know, not about straight lines and perfect alignment. It's actually sometimes about a couple of tramps beating each other up and then we try and find the joy in those imperfections and also a sense of community in those moments. There's a section in SGC called disco where they basically all disco and I think it's about a sense of unity in places of failure, those imperfect and therefore beautiful moments in life.