Affecting one in 100 people, body dysmorphic disorder (BDD) is a condition where a person spends an unusual amount of time worrying about flaws in their appearance, flaws which go unnoticed by other people. It typically affects young adults and teenagers, and although the condition is far-reaching, those who suffer will usually shy away from speaking about it publicly due to a fear they will be shamed as self-obsessive or vain.

Identity is a new exhibition that aims to challenge this stigma and start an open conversation around it. Examining how our self-perceptions are shaped by experience, society and the media (as well as its impact on mental health), the show will consider the importance of talking about these anxieties and the transformative power of self-expression.

“Art can be utilised in such a powerful way to communicate your message immediately to an audience,” says curator, Gabrielle du Plooy. “I decided to curate this exhibition as it is such a hot topic right now, and we wanted to join the conversation.” 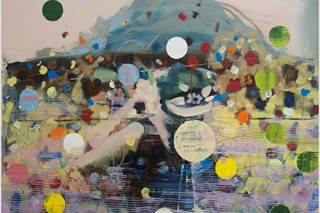 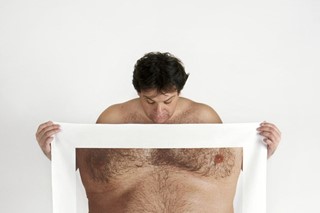 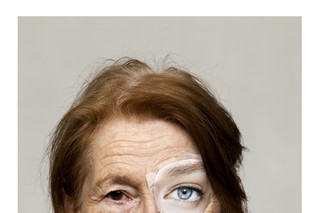 “The definition of identity is who you are, the way you think about yourself, the way you are viewed by the world and the characteristics that define you,” she continues. “This work is all about how we and society perceive our looks and our bodies.”

Displaying works from ten artists, Identity hopes to provide unique and varying perspectives on body dysmorphia. Turkish artist Meltem Isik presents enlarged images of various body parts in front of the subject’s body. Exploring topics such as body image and self-awareness, he says “the complexity that originates from the capability of our bodies to see and be seen simultaneously provides the basis of the work that I construct using different viewpoints.”

The exhibition will also display work from Leigh de Vries, who draws on her personal experience of BDD to create prosthetic moulds. Her latest work sees Leigh with a large tumour weighing down an entire side of her face, unveiling the alarming way in which Leigh sees herself. Born with a lazy eye, although it was corrected in 2014, Leigh suffered from a very unique and severe form of body dysmorphia. “My feelings of being different materialised in an obsession with my appearance, so the BDD really started in adolescence and slowly took its hold”, she told Dazed in 2015.

Other artists include Scarlet Isherwood, who uses resin to encase a real lamb’s heart - representing rotting self-esteem. The heart is surrounded by real butterflies and glitter - symbolising advertising, glamorising the need to change and transform. While Polish artist Bartosz Beda’s portraits and figurative works explore the relationship between identity, daily life and the human psyche.

The opens at Zebra One Gallery from 24-9 December, for more information, click here.