The bad-boy-of-cinema is back with yet another disturbing and challenging film about people in masks humping trash cans... 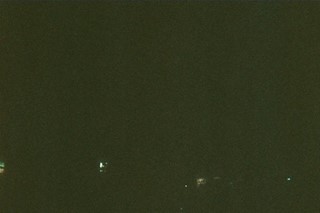 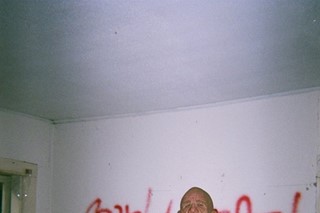 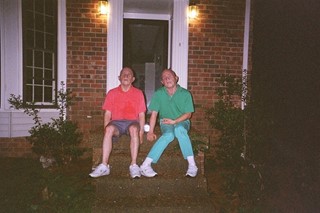 The man who brought us 'Kids' and 'Gummo' is back. 'Trash Humpers' is the film that no one else could have done, and its script is a testament to Harmony Korine's imagination. Dazed spoke to the film director to put a few things straight... sort of.

Dazed Digital: You now live in your native Nashville with wife and kid - do you feel comfortable in life and settled?
Harmony Korine: Yes it's great except I live across the street from a famed arsonist whose goes by the name Lou Greed.

DD: There appear to be some serious costumes and masks being used in Trash Humpers, and in Mister Lonely the plot was about lookalikes: Do you have a current obsession with layering up characters on top of the actor?
Harmony Korine: I guess so. That comes from growing up with a mother who used a plastic prosthetic nose to cover up her real nose. I asked her why she did this and she said because it helps her 'smell things better.'

DD: You've called Trash Humpers 'a new type of horror' - what is it with the film that pushes the horror boundaries, do you think?
Harmony Korine: The fact that it's a comedy.

DD: Also Trash Humpers deals with such emotions and actions - what exactly inspired you to make this film?
Harmony Korine: These elderly peeping toms from my neighborhood when I was a kid.  I once saw a ninety year old man sodomise a tree. I always remembered that...

DD: What's next for you?
Harmony Korine: A film about Mexican dogs that leak tit milk in parking lots. The dogs are very smart, they begin to paint with their tit milk, eventually they become art forgers, they sell fake Jasper Johns paintings at a flea market in Florida. It goes on from there. I want Harrison Ford and Morgan Freeman to star.

Five of the most explicit anime films ever
Arts+CultureIncomingHarmony Korine