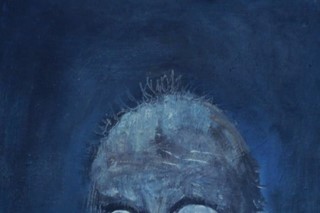 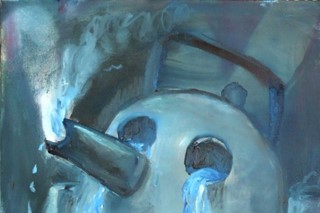 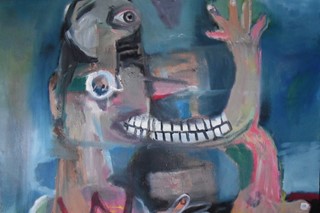 As Converse and Dazed’s initiative to find Britain’s Emerging Talent really kicks off, the Dazed's Visual Arts Editor Francesca Gavin, who's part of the jury, has picked one of her early favourites. As way of keeping track of the work you send in, Dazed Digital will each week present one contender whose work stood out. But bare in mind, the selected ones do not automatically go on to the short list! Brian Cheeswright, an Edinburgh-based painter, is the first lucky one. Describing himself as a “figurative and expressionist” artist, Cheeswright finished a degree in Fine Art at Brighton University in 2004 and has since exhibited all the way throughout the UK, both in group and solo exhibitions. Looking at his paintings of haunted faces, Cheeswright’s self-proclaimed admiration of Norwegian painter Edward Munch makes sense. Also Philip Guston, Karel Appel and Francesco Clemente gets a nod of approval from Cheeswright, who was born in London in 1978 but later relocated to Scotland. Often with dark and uncanny undertones, Cheeswright says his paintings act as his therapist and alter ego. Scary but interesting!