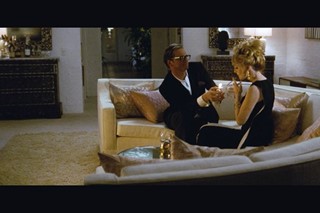 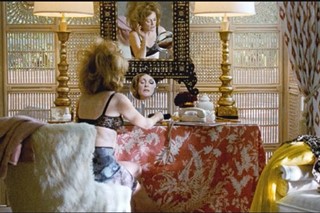 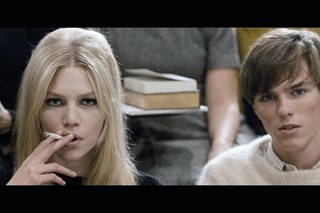 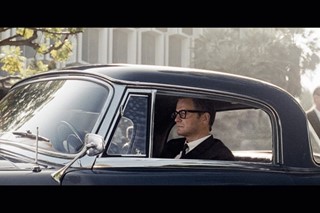 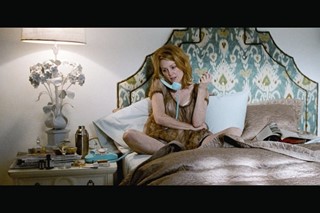 Tom Ford, the fashion designer responsible for the YSL Opium campaigns featuring a very naked Sophie Dahl and credited for transforming Gucci’s fortunes, turns his very talented hand to directing in his feature debut A Single Man. During the height of Cold War frenzy, in which fear and suspicion shape the lives of 1960s suburban America, Colin Firth plays reclusive homosexual George, a lecturer whose lover of 16 years, Jim (Matthew Goode), has died suddenly in a car accident. Aside from the grief of losing his dearly loved companion and having to hide his sexuality like a dark secret, Jim’s death also represents a plummet into complete alienation. Feeling lost, heartbroken and refusing attendance to Jim’s funeral, George contemplates suicide. His doleful life is lit up by bright-eyed student, Kenny (Nicholas Hoult), who makes it his mission to drag his teacher out of his misery.

By far the most impressive aspect of A Single Man is its cinematic beauty. Everything from the design of the sets and clothes to the actors are beyond the most graphic fantasies of a retro-buffs wet dream. Dressed in white, Nicholas Hoult drifts through the film with an angelic presence unrecognisable as the spoddy kid from About A Boy.

Though perhaps it is a truth universally acknowledged, that A Single Man in possession of a good fortune of talent must be in want of a more substantial plot. Yet it’s the minute attention to detail in frames and experimentation with colour that makes A Single Man an aesthetic masterpiece. Tom Ford harnesses the visual potential that makes cinema great. Dazed Digital spoke to the delightful and articulate Colin Firth about Tom Ford, turning 50 and kissing boys.

Dazed Digital: What attracted you to the character and film in general?Colin Firth: I can’t remember anything specific. Nothing about it seemed everyday, nothing about it seemed as expected. A series of things caught my attention and they added up to a leap of faith really. The fact that Tom Ford was directing the film was interesting. The fact that he chose this kind of material and the fact that he chose me, I think vanity kicks in there as much as anything. You don’t look at Tom and think, “First time director... do we really want to take a risk?” If there’s anyone you want to take a bet on, it’s someone who’s succeeded in everything he’s ever done.

DD: Taking into account Tom Ford’s background, was there anything unique in his approach to directing?Colin Firth: The fact that he had great confidence and a towering reputation meant that you didn’t get anything apologetic. You didn’t get experienced technicians rolling their eyes at the novice. He commanded a certain measure of awe on the set. I think people trusted that, when he said he wanted a certain effect, he knew what he was talking about. I’ve seen directors get eaten alive by a very experienced crew. There are all kinds of brilliant directors, they don’t all have to walk around commanding gravitas and awe, but they do have to have something which makes a team of people want to do it for you and enact your vision, and he had that.

DD: How about from an artistic perspective?Colin Firth: Far too much is being made of the great style of the film and I think it’s partly because we know he’s a fashion designer so we’re all looking out for the clothes and we’re all looking out for the shots. Sure, it looks great, but I think even if we didn’t know anything about his history we’d still be celebrating these wonderful cinematic sensibilities. I think it's stylish... you can’t not notice it, but I think it’s far more integrated into the substance of the film than that would imply. I didn’t see hours being spent on colour and light changes and composition, it was incredibly simple. In fact, I remember thinking I’d have thought you’d get much more; he’s a designer. I’d have thought we’d see a big production going on. Where are the reflectors? Why aren’t we spending hours composing the shot? It seemed very simple to me. I would walk into a set that always seemed incredibly bleak to me. We had to move the walls around to cheat the house to have different rooms and look bigger than it was, but not in a way that you go, “Oh my God I’m in Tom Ford world!”

DD: In Venice you said that this role had stayed with you longer than many other roles, have you had any thoughts as to why that might be?Colin Firth: No, I don’t know why. Obviously something personal got invested. I think a lot of us, those of us who made it, felt that and I think quite a lot of people feel that watching it. I felt it with the book. I think when you put down a book that haunts you it is very difficult to name what that is. It’s hard to explain why you have an irrational belief that the character you’ve just been spending time with who’s fictional might walk into the room. Fiction can have that effect, and I think that when it’s at its most powerful, it’s hardest to define.
DD: People are calling this your finest performance yet, how do you feel about that?Colin Firth: One thing that is satisfying, and a source of great relief, is that I’ve been asked to do a great deal more. The focus is on me more than it’s ever been. It’s much better than people saying, “They put a whole film on Firth’s shoulders and he dropped the ball!” So, in some ways it’s very gratifying. It’s very much in my hands and people like it and get it, so thank God. I only ever feel like I do what’s on the page, and there was a lot on the page this time. I got carried along on a free ride when brilliant people like Nick and Matthew and Julianne show up. Also having a director who has the time and patience to photograph something without me having to be flamboyant about it. I’m not the most demonstrative actor. I do like to try to do what I think people really do which is think their thoughts and feeling without indicating all over the place. And to have a director who has the patience to let it unfold, is not afraid of silence, is not afraid of stillness who doesn’t compulsively editorialise whilst you’re working, who just lets you get on with it and, when necessary, gets the camera close enough to pick up what you’re doing. That suits me and the way I work very well.
DD: You’ve said you’re getting on a bit, which is nonsense. How do you feel about approaching 50?Colin Firth: I don’t relish the idea of losing my faculties, but I do relish the idea of roles getting more interesting, which at the moment is what seems to be happening. As a young actor, I remember thinking I could do with a wrinkle or two just to get something interesting onto this face, I longed for a bit of texture. I just felt that I looked terribly boring. So a few lines worked quite well, as long as I don’t fall apart completely.

DD: Did you get to keep any of the clothes? Colin Firth: It’s the designer Arianne Philips, she’s the person that Tom credits. I only really wore one suit throughout the whole thing because it takes place in one day, that’s the blazer I put on for a visit to Charlie. But you can’t walk around in a brown tweed suit after wearing a brown tweed suit in a film, you’re basically walking round in costume.
DD: You did say that one of the reason’s you got into acting was you didn’t have to wear a suit.Colin Firth: Yes, one of those great ironies. “I won’t become a boring middle-aged man in a suit, sad and lonely. I’m going to be a free spirit, I’m going to be an actor.” Cut to A Single Man: sad middle-aged lonely man in a suit.
DD: Was performing an onscreen gay kiss any different to prepare for?Colin Firth: Depends if it’s Matthew Goode or not. Depends if it’s Julianne Moore, quite frankly. It never really occurred to me that there was any issue about playing a gay character until Julianne kissed me and I had to resist. She made it very difficult for that moment. Mathew Goode’s a pretty good kisser really. Julianne was much better actually, but I wasn’t supposed to enjoy it. That was the one moment where Tom really had to get on my case. He said, “You’re supposed to be a gay man. Jesus Christ, keep your hands to yourself!”
Read More