A 24-hour conversation dedicated to the Factory Records boss. 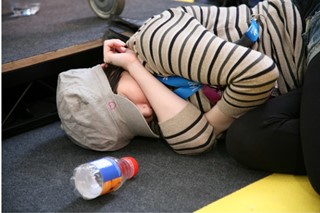 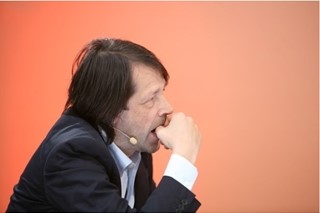 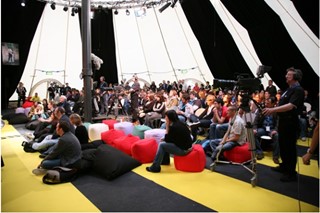 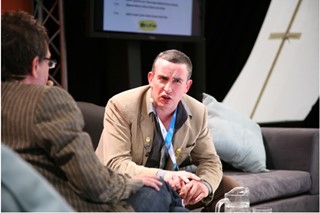 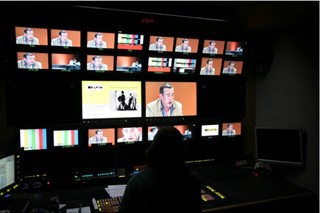 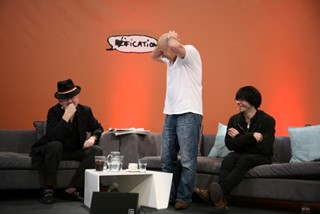 The event was called Reification, which, in its simplest sense, means "making the abstract concrete". Recognising the debt owed by today’s regenerated, post-industrial North West to Tony Wilson’s constant campaigning back in the 80s and 90s, Reification recognised that it’s not just good to talk – it can also bring about real change. To this effect, Manchester City Council and Ear To The Ground events agency brought together artists, musicians, media professionals, comedians, poets and pundits to keep an invited audience of 200 young creatives awake, alert and stimulated, from mid-day Saturday June 21 till mid-day Sunday 22. The location was a specially-constructed "big top" tent in Cathedral Gardens, adjacent to Urbis, Manchester.

Co-founder of Factory Records and the Hacienda nightclub, as well as the annual In The City music conference, Tony Wilson was also a respected journalist and presenter of television and radio programmes for Granada, the BBC and XFM, and Reification reflected the variety and scope of his interests. Music was of course discussed, but so were art, design, mass media and urban regeneration, as well as the subject of Situationism, which Wilson, and Factory’s design-work, often referenced, after Wilson first encountered its ideas while studying at Cambridge during the "year of the barricades", 1968.

Naturally enough, the plot was slightly lost on occasion. A panel, including Clint Boon of Inspiral Carpets and this writer, hoping to discuss Wilson’s 1970s Granada TV show So It Goes, found itself joined unexpectedly by the veteran broadcaster and campaigner for gay rights Ray Gosling. Hugging a cushion, Ray began a long monologue on his personal recollections of Wilson, which was interrupted by Wilson’s son Ollie shouting from the floor "Can we move it on to some intelligent conversation?" Gosling left the tent and was last seen wandering off towards Shudehill. More seriously, a much later visit to the event by Happy Mondays deteriorated into a water, fight with Stella Grundy (singer and actor in a recent play about Nico) getting soaked.

But Reificiation’s line-up of garrulous guests included plenty of potential for the kind of radical insights and hopes that Wilson championed. Poet Simon Armitage joined classical composer Steve Martland, who slagged off the nearby Chetham’s School of Music for hot-housing its star pupils. Brainiest chat of the lot probably came at the end with designer Peter Saville and Stephen Morris of New Order joining Professor Brian Cox, a research physicist at work on the new Large Hadron Collider, soon to start operating several hundred feet under Cern in Switzerland. Cox’s explanation of the suppercolider's work – an attempt to recreate the conditions of the universe a micro-second after the Big Bang – stretched the intellect and provoked open-mouthed amazement from Saville.

TRIP, A parallel conference and festival of psychogeography, also reached its climax in Manchester on Saturday 21st, and during the night, pro-Situ group Loiterers Resistance Movement infiltrated the event to pour scorn on the Spectacle. How Tony would have laughed.