Brittany Newell – aka Britney Smearz – talks intimacy, safety and fantasy as she explores what drag means to her 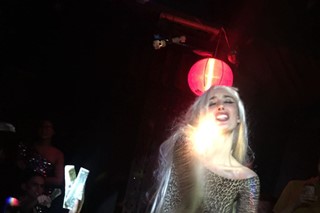 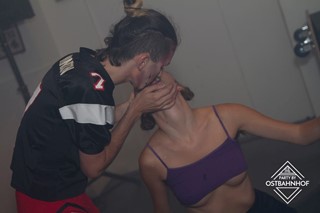 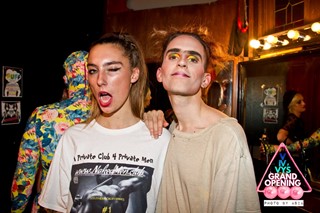 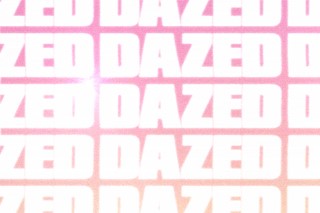 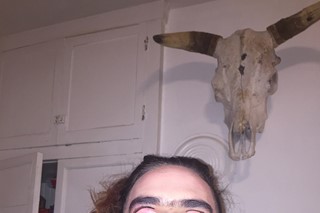 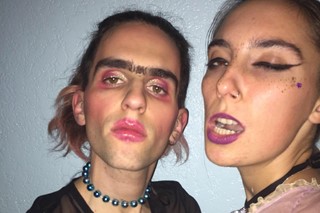 Brittany’s been bad. She is a drag queen and a rat. She comes from California and was born in 1994, amidst soft cyber sounds. Her debut novel, OOLA, is available here (UK) and here (US).

As a girl who does drag, I am no stranger to interrogations in the smoking area. The questions are always the same, the tone ranging from curious to harsh. Folks wanna know:

This first question is the most common, and it always makes me squirm. In my snappiest fantasies, my answer is: I’m not a real girl, baby, I’m a bad girl. And then I’d ash into their drink.

By bad, I don’t mean naughty so much as I mean failed. If femininity is a nonstop performance of codes, I’m not star material. I’m bad at following directions; I’ve got an attitude problem and low recall. Just as I was and am a bad sport (ask my PE teachers), so too am I a bad girl. I try to relish the myriad ways I fail my femme body and my body fails me. Most of the time I love being a bad girl. I feel like the best kind of bad girl when I’m standing outside a gay bar, wearing fuck-me pumps and a toddler’s T-shirt. Inquiring strangers ruin this high.

Usually I don’t tell them anything snappy. I might laugh and say, “I’m just an attention whore,” and let the topic drop. Once, in a poor Eve Babitz impression, I bellowed, “I’m your worst nightmare DAH-LING!”, humiliating everyone around me.

Truth be told, I understand why people are confused. While I’m by no means the first or last vagina-bearer to call herself a queen, it’s true that my wife Silk Worm (who is AMAB) and I fail many of the guidelines for good drag (and basic hygiene).

I don’t wear wigs or lashes or padding. I’m below average at makeup — you may know me for my ultra glam contour i.e. a streak of glitter glue down the bridge of my nose. Some bitches live for the transformation. Others, like Silk Worm, go bravely forth with little more than a concept and jazz hands. We frequently perform together, leaning heavily on the concept. Recently, we did an egg-in-spoon race to Lorde’s “Green Light.” Of course we had to eat the eggs, discolored by bar-floor grime. Neither of us (forgive me Alaska) wore nails. For more dignified queens, these glitter-nosed hijinks might not qualify as drag. Or they might be totally standard.

Many people have written about drag and its herstory far more eloquently than I ever could. This article is an answer to the question I’m usually too flustered (or drunk) to reply to, i.e. what is drag about for me, or should I say, Britney Smearz? I can only speak for myself, as a girl who feels neither good nor bad but funny about her gender, as a femme with no gag reflex and a propensity towards toplessness. I reject the terms faux and bio, and call the exhibitionist shit I do, in dive bars and dance clubs, intermittently heartfelt and off-putting, drag.

Like I said, I’m not the only so-called faux queen on the San Francisco scene. Fauxnique is a legend, who’ll be in conversation with Judith Butler this fall. Jillian Gnarling is a bad bitch who scalped herself onstage last Friday. Creme Fatale is rightly getting famous for her otherworldly looks. Gorgeous though this company may be, it feels laughably regressive to lump us together on the basis of our genitals. Our styles are so different, and besides, isn’t drag supposed to be the space where we transcend those pesky things?

Obviously, drag is about gender, for me and every performer. But this equation is too easy. I’m equally preoccupied by gender at work or on the bus. If contemporary culture is a mega-mall, then gender is the Muzak: shape-shifting and omnipresent, there’s no escaping it. If drag seems to be about gender, it’s really because it’s about bodies, the brute and precious fact of our each having one.

“Queer theorists and teen queens alike know that the femme body is 50% flesh, 50% fantasy. Drag is the space where this usually restrictive equation feels thrilling”

The classic drag diva, in 7-inch heels, would seem to declare of her body: YOU CAN LOOK BUT YOU CAN’T TOUCH. For me, drag presents a situation in which I state: you can look AND touch, and have this statement be both radical, in a girl-power way, and tender, in the quiet code of lovers. To put it differently: drag enables new forms of being touched and looked at that are especially exciting for femme bodies, bodies who have a laundry-list of reasons to be sick of touch and sight.

A go-to example would be when a queen holds your gaze to the love-sick lyrics of Whitney or Britney or Beyoncé or Babs. In that moment, the platitudes are meant for you, and you feel all rubbed up. Another example is tipping a queen. There are fewer things more affirming than having a stranger slip bills in your waistband, their body language simultaneously saucy and shy. Sometimes people look so serious, like they’re dropping mail in a slot, or feeding a bird, that my heart wants to implode.

Silk Worm and I have a few numbers that try to capitalize on this intimacy. We played Spin the Bottle with the audience to the Vengaboys on Valentine’s Day. To Tiffany’s “I Think We’re Alone Now,” we made a blanket fort on the beery bar floor and dragged audience members inside. Last Saturday, our friend Mama Celeste started a mosh pit to “Since You Been Gone,” incidentally feeling everyone up. These are dramatic examples of the exchange that exists in, dare I say, any good drag number: the room-wide romance, the non-sexual but still quite sexy contact. The drag queen is a psychic slut. She gets with everybody in the room, and she really gets in deep.

As a quasi-asexual who is unsettled by most forms of touch — especially those dreaded four bases — this non-physical intimacy is ideal. Usually shy, in drag I flash everyone. I feel safe getting gross, a quality either denied or dished out in abundance to femme bodies. Hence the time Silk and I baby-birded milk into each other’s mouths to T-Swift’s “Shake It Off.” I also feel safe getting gorgeous, a gendered demand that usually exhausts me. Hence the fishnet bodysuit, which came with two strategically-placed crotch holes (not yet used).

Even for the hottest queens, this gorgeousness is not straightforward. I love go-go dancing, wherein one’s status as a sex object is made refreshingly clear. In drag, the sex appeal is there, but it’s confused. It’s hard to say what makes Olympia Bukkakis bugging out in a raggedy nun’s habit so sexy (but trust me, it is). The drag queen’s sex appeal operates on an ambiguous level — cue the straight boy’s baffled claims to “find her hot anyway!!” — and this is exactly how I like sex, and all matters of desire, to be: shifty, novel, frequently unnamable.

“Usually shy, in drag I flash everyone. I feel safe getting gross, a quality either denied or dished out in abundance to femme bodies”

Drag pivots on forms of touch and visibility that are safe but still exciting: kinky but kind. If I really think about it, this is the secret ingredient to any good drag show: a baseline, airborne, free-form kindness. The kindness flows between performer and audience, bartender and patron, stranger and stud. The queen is as grateful to the audience for seeing her as the audience is grateful to the queen for touching them. To be groped (or knocked over) by a queen as she hustles through the crowd is to feel, in a word, chosen.

Moreover, it’s the clash between these fuzzy-wuzzy feelings and the weird shit that triggers them that makes drag so fun. It’s a queer bar, not a love-in. This kindness is generated by Nicki Jizz virtuosically spreading her ass cheeks to Lemonade (the crowd goes wild every time). This feeling of kindness is generated by Phatima and Kochina Rude stapling dollar bills to their chests. I can’t count the drag queens who take patrons’ drinks, or, better yet, spit in them. People let queens do anything to them — and isn’t this the criteria of lovers too? I’m all yours baby — do your worst.

That a ten-second lap dance from an unsteady wiener in Costco-pack panties (that’s me) could make anyone feel special points up drag’s alchemic nature. Someone once told me, in a drunken squawk, that drag queens were musicologists because they make you cry to Katy Perry. This feels true. So many dumb pop songs have been turned to gold for me by queens. I’ll never forget the time my drag mommy-daddy VivvyAnne Forevermore swung from a ceiling beam to SIA’s “Chandelier.” One of the happiest moments of my life was pretending to be a Shaker and skipping in a circle with Tom and Jenkin to Enya (see below). We wore maxi dresses and felt unironically like goddesses. Drag queens are alchemists because they make ugly things, like the experience of lugging my femme bod through this world, or Silky’s dysphoria, or Katy Perry’s white mediocrity, or maxi dresses, suddenly beautiful.

I wish I could encapsulate all this information to the next person who asks me if my tits are, like, mine. Honestly, I’ll probably mutter something stupid and scuff my fuck-me pumps. If I was a true diva, I would quote Celine Dion and say that drag, for me, if you REALLY wanna know, is about the flesh and the fantasy: where the two overlap in yucky, funny, moving ways. Queer theorists and teen queens alike know that the femme body is 50% flesh, 50% fantasy. Drag is the space where this usually restrictive equation feels thrilling.

“When have I EVER been real?” I might say to the next person who grills me. “Lies! Liza Minnelli!” And then I’d fade into a cloud of smoke as “It’s All Coming Back to Me Now” starts to play and my maxi dress blows in the wind. A girl (good or bad) can dream.