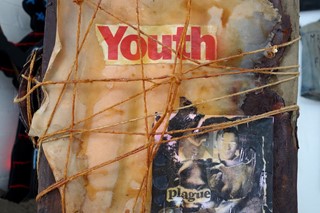 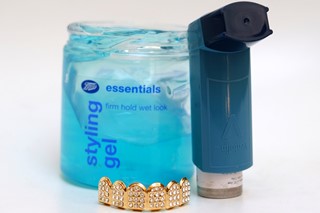 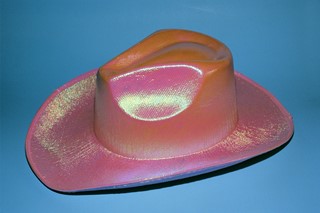 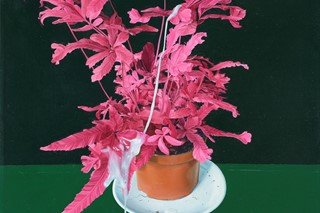 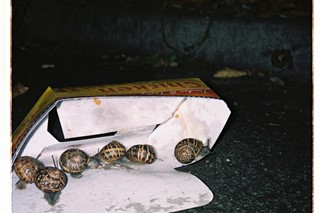 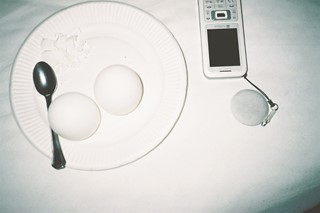 For A_ is A_, Marsh filters the still life through the ancient Greek philosopher, asking “what associations to we attach to objects”. Mid-show hang, she explained over email: “I loved this idea in relation to the still life, because I do agree that while a rose might quite simply be a rose, when placed in juxtaposition with a human skull, for example, it takes on a completely new meaning.”

Opening tonight at Golborne Gallery, A_ is A_ features a curated set of artists – with Marsh admitting to deliberately including more American names, so expect to see Tom Beard, Tristan Pigott and Rebecca Storm side-by-side with Carly Mark and Othello Gervacio. With the countdown on until its private view tonight, we asked the ever-elaborative multi-disciplinary to tell us more.

Congrats on another amazing show. Please tell us about the title, A_ is A_.

Antonia Marsh: A_ is A_ makes reference to the famous line ‘Rose is a rose is a rose is a rose’ in Gertrude Stein’s poem “Sacred Emily”, which itself refers to Aristotle’s Law of Identity. Aristotle argues that an object is inextricable from its associations and as such, things simply are what they are. I loved this idea in relation to the still life because I do agree that while a rose might quite simply be a rose, when placed in juxtaposition with a human skull, for example, it takes on a completely new meaning. I think the show also questions this theory in places, as certain works urge us to challenge our own preconceived perceptions of objects, the cultural and sociological associations we place on them and how affected we are by these. The way we graphically laid out the title also allows for space so that any word, any ‘thing’ can be placed after each A, to show that the rule can apply over and over again. If ‘a rose is a rose’, then technically ‘a hat is a hat’ and ‘a painting is a painting’.

How did you go about choosing artists to collaborate with?

Antonia Marsh: I wanted to include more American voices than I have in a London show before because I convinced myself that because of social media, people so easily rely on the internet to be the one place we see art from overseas, and that doesn’t seem right to me. You can’t really know what Carly Mark’s Haribo paintings look like until you’ve seen them in real life, same goes for Othello Gervacio’s magnificent works. The process otherwise was pretty much standard procedure for a group exhibition – I’ve always wanted to do a still lives show, and the idea started suddenly dominating my mind. When I then did studio visits, it became clear that lots of artists were thinking about the still life, while others I asked for their interpretation, and so it all came together gradually.

No matter the content, there’s always something quite quaint about a still life, why did you choose it as a subject matter to tackle gender (arguably a more modern notion)?

Antonia Marsh: I honestly believe, that if the work is strong enough, you can tackle issues of contemporary relevance through any visual vessel. I’ve looked at the life drawing class before in the same way and it’s why oil painting still maintains the capacity to be radical. Maybe if the message is there, then the medium is just a means to an end? I don’t think there’s anything quaint about the still lives in this show though, maybe that’s the point… you’ll see!

“I do agree that while a rose might quite simply be a rose, when placed in juxtaposition with a human skull, for example, it takes on a completely new meaning” – Antonia Marsh

You’ve spoken before about authenticity versus artifice – looking at the pieces your artists have produced, do you prefer accidental, transient still life or the carefully curated?

Antonia Marsh: I’m not sure there’s really any difference. As soon as an artist makes that gesture to photograph a fried chicken box covered in snails or paint an empty packed of crisps that has wedged itself into a bush, that still constitutes some level of artistic agency, of choice. That image isn’t there by accident. And even forgetting the argument that there’s no such thing as chance in art (or at least rarely), while there’s something magical in the accidental composition of a restaurant built by a couple at a meal, the gesture that an artist makes to put two or three objects together out of some sort of inner creative burning is in my opinion, of equal mystic importance. Maybe I sound like your typically diplomatic curator, but I don’t pick favourites...

Are there any objects featured in the show that you conclude as more intrinsically embedded in a particular gender or is it indeed all subjective? Is it what you expected?

Antonia Marsh: I think your first question here is key to what the show is proposing to ask. Are we so conditioned by patriarchy, capitalism, all of it, that we cannot separate our (often gendered) associations from certain objects, situations etc… or do we now boast much greater freedoms than say, four hundred years ago when the still life first became a hit? It’s up to the viewer, it’s not my job to answer these questions for people, I just want to ask them.

Obviously, sex is a recurrent subject (looking at you, “sexually defiled potted plant”), is this entirely a conscious decision or do you think it is something inescapable that your future shows will always come back to?

Antonia Marsh: I don’t think I’ll ever do a show that sex doesn’t come into in some way, it always creeps in whether I mean for it to or not. But maybe someday I’ll eat my cowboy hat.