Alongside Jop van Bennekom and Gert Jonkers, the trio release a series of posters inspired by Tillmans’ anti-Brexit campaign 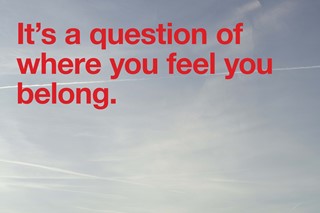 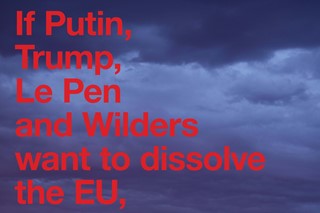 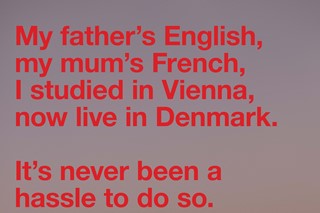 Last year, photographer, artist, and activist Wolfgang Tillmans pledged his support for the “Remain” campaign with a series of posters and t-shirts that encouraged voters to consider, not just their own place but, our wider place within the EU. The German-born artist’s concerns stemmed from his idea that the “Remain” campaign was failing to connect with younger voters – who were less likely to be registered or active in voting, yet whose futures were more at stake than those of an older generation.

In an essay he wrote for Dazed Digital, Tillmans said that he had always felt welcome as a German living in Britain but that his reasons for a more political presence were based on more than comfort, explaining, “it lies in my observation of the larger geopolitical situation and an understanding of Western cultures, as sleepwalkers into the abyss.

“In western Europe and Britain”, he continued, “we see a wave of discontent with the outcome of globalisation, which turns its anger from the real perpetrators, say for example the tax-evading billionaires, to the weakest in our societies: refugees from terror and war.

“The EU is a scapegoat in the midst of all this. For decades press and politicians have loaded blame on it, when in fact it does its best to deal with the fallout of the tectonic shifts in world politics. The EU takes upon itself the task to negotiate the affairs of 28 member states. This can never be an easy task. I admire that this even works so well.”

With a rise in Nationalism in lead up to the upcoming Dutch elections, inspired by Wolfgang Tillmans’ anti-Brexit campaign, founders of Fantastic Man, Jop van Bennekom and Gert Jonkers, have adapted his posters for the upcoming Dutch elections, happening next week. “This is the time for action. Vote for whatever party, but don’t vote down the EU,” the pair wrote in an open letter detailing the campaign.

Entitled Protect the European Union, the campaign is in collaboration with five major art institutions around the Netherlands, including Foam (Amsterdam), De Balie (Amsterdam), Cookies (Rotterdam), Het Nieuwe Instituut (Rotterdam) and Witte de With Center for Contemporary Art (Rotterdam), where the posters are free to pick up in person or online.

With upcoming elections in Germany and France, the duo plan to translate the posters into the 24 official languages of the EU.

Five of the most explicit anime films ever
Arts+CultureNewsWolfgang TillmansBrexitpoliticalEuropeBritain