“I believe 2017 will be the year of aspirations, organizing and giving a helping hand. (My flag is) a symbol for identity, strength and unity’’

Part of Dazed's Activism Week, focusing on a new generation rising up in a post-Trump world.

This week, Dazed is celebrating the individuals making powerful, radical protest art in 2017. We asked ten artists to create a single image that represents the country they live in – their alternative national flag.

It was an intentionally loose brief and the results are varied — Shadi Al Zaqzouq, for example, staged a scene of slaughter on the streets of Palestine. Others, like the US’s Angelina Dreem (who was featured in Dazed’s spring 2017 issue), made a GIF within a GIF. Jonnine Standish – who fronts mystical cult Australian band HTRK – sent us a hazy, liminal smudge. “Our flag features the sun, the sea and the desert,” she tells Dazed. “There are no borders; just a lot of air to breathe.”

See the results below.

Your guide to a safe acid trip
Alternative National Flags10 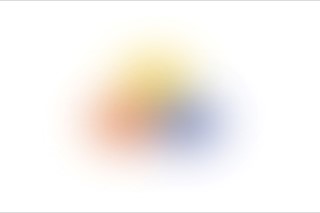 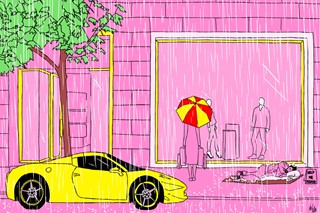 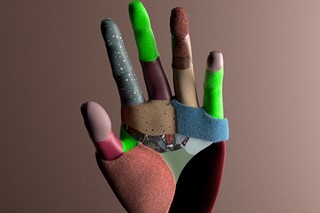 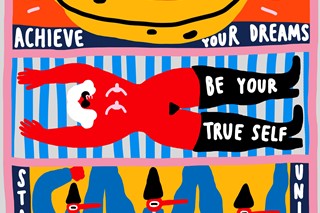 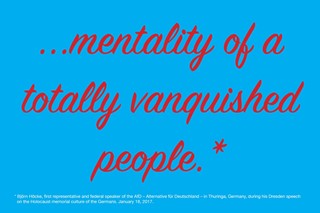 “Like the rest of the world, Sweden believe(s) it is shrouded in darkness. We can’t see the entirety and start blaming each other and repeat ourselves. However, when the spring comes and the flowers starts to flourish I believe the nation will see clearer and will be ready to realize that diversity is good, equality is a given and the future is colourful. I believe 2017 will be the year of aspirations, organizing and giving a helping hand. I chose the hand as a symbol for identity, strength and unity.’’ - Anny

Egle Zvirblyte is a freelance illustrator based in Vilnius. Her work satires bouji cosmopolitan culture and narcissism.

“My flag for Lithuania: It's not so much to represent what state my country is in now, but what I wish we would pursue as individuals and as a nation - perseverance, integrity, and unity. I think that we Lithuanians as a nation lack a unified vision, a sense of clear direction. For years we have been fighting for our independence and then to get into (the) EU and NATO, but now we don't have a clear objective. In society there are strong tendencies of pessimism, mistrust, isolation; people feel disconnected from the government and yet powerless to make a change. I believe as citizens we need a common dream and to aim to achieve it. We need to build connections, to grow the sense of belonging and unity. We need to be proud of who we truly are as a small but strong nation of three million people. So I thought I'd make my flag to inspire and reflect these ideas: perseverance, unity, and integrity. As Leonard Knight of Salvation Mountain said: ‘I'm keeping it really simple’.” - Egle

Angelina Dreem's work focuses on transhumanism and performance art. She is the founder of POWRPLNT, a digital arts nonprofit and gallery in Bushwick, Brooklyn.

“An alternative vision of the future matriarchy: greedy men surrender to the abundance of life, no longer obsessed with domination, there is no scarcity, no love is illegal, the body decolonized. Any time a group of women meet, it's a revolutionary act. Our joy will choke out their cold and dusty hearts” - Angelina

Ramonn Vieitez is a self-taught oil painter from Recife, Brazil, whose darkly twisted oil paintings explore mythical subjects like witchcraft and the occult.

“This is a picture of my flag. The stars are from our current flag, which represent the states and the federal district. (It) reflects the most recent political events of Brazil, and I could not think of any other colour than black — because the colour black is found on the majority of the protest posters, as well as the colour symbolism. The last star represents Brasília (FD), which is inflated, distanced and divided, illustrating the situation of the government and capital, that should be our greatest pride.” - Ramonn

“Since the refugee policy of Chancellor Merkel took effect, the populist party AFD - Alternative für Deutschland - is on a steady rise to win more gains in regional elections. Among one of the ultra right wing voices, Björn Höcke's recent speech in Dresden, a city heavily bombed with the end of World War II, sets a culmination both in rhetoric as in content: to question the ability of German citizens to mourn the violence of war, the genocide and how our memorial culture has prevented us Germans to engage in hostile foreign policies since 1945. To claim that Germans have lost their last pride through Holocaust memorials, Höcke steers up the ultra-national movement fight our own history. It announces a war on culture and public memory while denying the cause of guilt and the opportunity to remind ourselves what nationalist movement we’re capable of. Höcke's Dresden speech is an alarming moment in recent political shifts within Germany and across Europe, both rhetorically and metaphorically.” - Mario

“The rich of now have been poor before. There are many rich people, thanks to the work of their family years ago, many of them are people without aspirations, manners, and without integrity. And others do not have opportunities. This illustration is the situation we are finding in this country more and more often. And it saddens me to see that it is getting worse. The future of youth is fucked, and anyone can end up on the street. We buy more but we are still unhappy. The bars are full despite the economic crisis. We do not feel safe about anything - at the end of the day the rich do not care (about) anything else, they have more and more, and we are increasingly poor in all areas.” - Alicia

“Our Australian flag features the sun, the sea and the desert, represented by three diffuse circles. It stands for lightness, going with the flow and the impermanence of things. There are no borders, outlines or rigid shapes; just a lot of air to breathe and a sense of being at one with nature.” - HTRK

“Near the Somalia border resides Dadaab, the world’s largest refugee camp. Last May, the Kenyan government attempted to shut it down on the grounds of public safety from terrorism despite no credible proof. Anti-Somali sentiment in the country has increased over the last few years, echoing a contempt for the ‘other’ seen around the world. (This image represents) an under-appreciated and dehumanised community seeking a better home.” - Isaac

Shadi Al Zaqzouq is a Palestinian visual artist. He staged an anti-war protest at Banksy’s Dismaland and has exhibited work everywhere from Paris’ Gallery TALMART to the Saatchi Gallery.

“This photo reproduces the famous sculpture of Michelangelo's la Pietà - that transfixes me for the similarity of the daily scenes experienced by my people. A mother losing her son, a wife losing her husband etc… It’s like an image that never disappears (from) our mind, that becomes Palestinian daily routine.” - Shadi

Eve Saint Jean is a Montreal-based artist originally from Mont-Tremblant, whose existential, post-Pop Art paintings explore anxiety and the mind.

“This image is a representation of my nation, Canada. Represented by winter colors, vast territory, mountains, a fire and characters which surrounds it. Also, this image can symbolize the multiculturalism and the over-consumption that are really present in Canada. The fire can symbolise a haven, but also the border between us and the United States.” - Eve