Grayson Perry, Anish Kapoor and more use materials recovered from the art school fire to make pieces for a fundraising auction, aiming to help rebuild the Mackintosh library 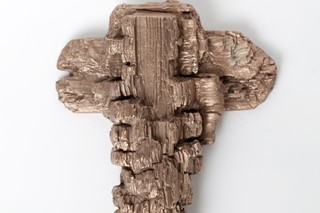 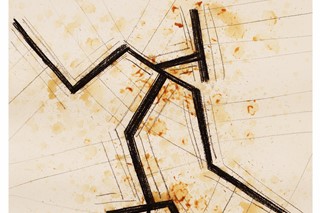 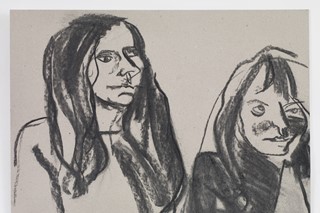 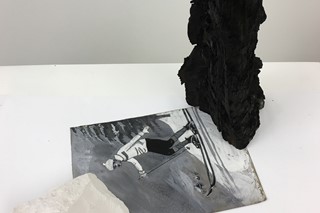 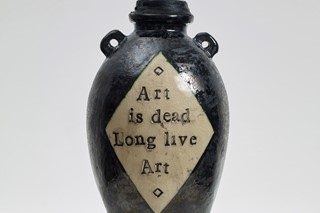 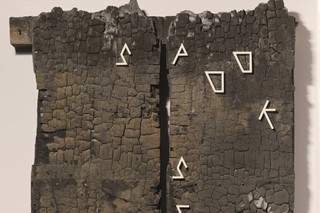 Artists including Grayson Perry, Anish Kapoor and Jenny Saville have created works from debris recovered in 2014’s Glasgow School of Art fire, with all pieces going up for auction to raise funds.

The group of 25 international artists has seven Turner prizes between them, each creating pieces of photography, sculpture, paintings and more. A note was sent to each artist with pieces from the damaged building, explaining what the debris was – some sent charred timber or pieces of furniture – and the project concept.

Ash to Art hopes to reach their £32 million target, with cash going towards the restoration of the Mackintosh library building that was badly damaged in the 2014 fire. The auction is in collaboration with The Glasgow School of Art Development Trust, as well as Bill Hartley and Giles Hepworth of J Walter Thompson. So far, £18.5million has been raised by the Mackintosh Campus Appeal.

Pieces include a ceramic etched with the words “Art is dead. Long live Art” by Grayson Perry and a red Perspex box filled with wood by Anish Kapoor.

Perry said: “It’s a tragedy. It’s the most famous art school building in Britain. It’s also the masterpiece of Mackintosh. It’s a double tragedy. I was very excited when I received the box of charcoal. I had an idea almost immediately and the idea of making an urn was an obviously thing to do. The idea of memorialising or celebrating the difficulty – honouring the wound. It’s something I’m trying to do. Move on and make the most of it.

“I really like the idea of using the charcoal from the fire. I thought it was very clever. It’s also fresh – it’s not something that has come up before. We’ve all been asked to do t-shirts, knickers and mugs – endless charity rounds. I get about two a week.”

The fire was found by the Scottish Fire and Rescue Service to have begun because a canister of expanding foam reacted to a hot surface. The art school’s west wing was seriously damaged, including the library. Students at the time had been preparing for final degree shows.

Alan Horn, director of The Mackintosh Campus Appeal, said: “From the very first conversation with the team from J Walter Thompson London in the weeks immediately after the Mackintosh Building fire in 2014, this felt like a very special and sincere partnership. The creative process has been fascinating and it has been a real joy to work with the team at JWT and latterly with our partners at Christie’s to make this project a reality.

“However, it has been the extraordinarily generous response of the artists that has been the most humbling aspect of the project. We are delighted by the range of creative responses to the material and the pieces that will be auctioned in March. They underline the generosity of this community that has responded so enthusiastically to our cause.”

Work from Ash Not Art will go on display at London’s Christie's March 3-7, then auctioned at the Post-War and Contemporary Art Day Sale on March 8