Toby Mott’s CULTURAL TRAFFIC will sell counterculture books, zines, prints, catalogues, vinyls, and tapes from various traders. Here he tells us what to look out for 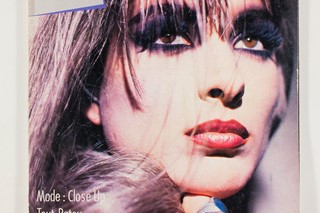 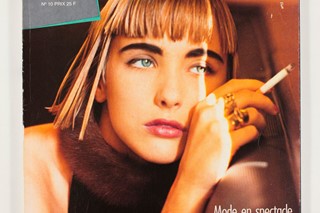 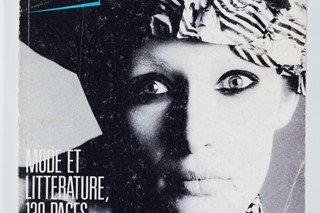 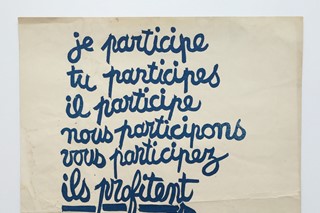 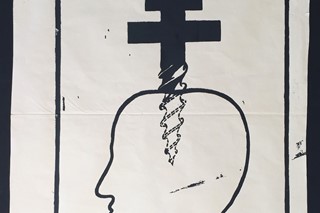 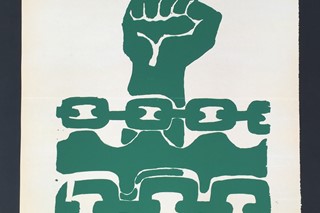 In the 80s, Toby Mott was a founding member of the Grey Organisation, an anarchist artist collective that disrupted the art world – for example, by splashing paint over gallery windows in the then-epicentre of the art world, Cork Street. Or by smuggling paintings into the city’s 1985 International Contemporary Arts Fair. Their motives were drawn from a punk mindset and the frustrations of living in Margaret Thatcher’s Britain. When Grey Organisation disbanded, Mott pursued his own path although always remained true to his punk ethos. He is now known as one of subculture’s central figures and as well as an artist, he is also a fashion designer, editor, punk historian and the founder of the Mott Collection – an expansive archive of UK punk and political ephemera that includes over 1,000 posters, flyers and fanzines.

During London’s upcoming Frieze Art Fair, Mott hopes to bring dealers and publishers of counterculture together by launching the UK's first annual punk print publishing fair: CULTURAL TRAFFIC, which will aim to further the active dialogue between yesterday's cultural artefacts and the latent collectables of tomorrow. CULTURAL TRAFFIC will also host lectures, panel discussions, live performances and screenings during 7 – 8 October.

“CULTURAL TRAFFIC will be a platform in London to showcase the producers and dealers that are making this scene a vibrant cultural hub,” writes Mott in the fair’s press release. “We are showcasing affordable art whilst engaging also in current social and political issues. This movement is at the forefront of today’s critical voices, working outside of financial restraints of the gallery system. CULTURAL TRAFFIC is not just an arts fair for paper but a celebration of ideas and expression. CULTURAL TRAFFIC will pave the way for exposure and engagement in radical print now.”

In the lead up to its opening, we asked Mott to run us through his top picks from the fair.

"Rogue Materials is an exclusive presentation of Sex Pistols printed matter, only recently retrieved from from Jamie Reid’s personal archive and never seen before now. Including flyers, press pack materials, unused contact sheets and layout elements, Rogue Materials is a rare, authentic glimpse into the very centre of this fervid and tumultuous time."

"As a 21-year-old ex-art student, I found punk, and life was never the same again. I frequented the early punk gigs at the Roxy, 100 Club, Nashville Rooms, Music Machine, The Vortex, Red Cow and many other venues and always carried my Pentax Spotmatic. I used to take pictures for the fanzine Ripped and Torn, kept a diary, hoarded all the flyers and tickets from the gigs, bought the bootlegs, and lived and breathed the scene until it imploded. But I still look back to those days as being the best of my life."

“On the 45th anniversary of the Mai 68 French riots, Gerrish Fine Art presents a collection of over 100 rare and original protest posters produced during the Mai 68 movement in France. These icons of rebellion and civil disorder are the forerunners of today’s thriving street art movement. As monuments to the intense power of the image to bring about change, they represent one of the most potent and striking graphic revolutions in history – ﬁerce symbols of art at the service of insurrection.”

"Jill was a short-lived magazine created by stylist Babeth Dijan who commissioned relatively unknown talent such as Peter Lindbergh, Tony Viramontes, Ellen Von Unwerth and Pierre et Gilles. Until now there were only 11 known issues; from summer 1983 to October 1985. However the Elegantly Papered archive has discovered an undocumented 12th issue, and this will be shown for the first time at Cultural Traffic. Published in Paris, other contributors included Jean Paul Gaultier, Jean Paul Goude, Jean Bapiste Mondino, John Galliano and Azzedine Alaia.Dijan went on to work for

"Marie Jacotey has been living and working in London since completing her masters degree in Fine Arts at the Royal College of Art. She’s currently working toward a show to be held at Libreria, a new bookshoop on Hanbury Street, and on a poetry book with author Rachael Allen to be published this Autumn. In parallel, she is also developing a new series of oil paintings on plaster, as well as an animation project in partnership with writer Lola Halifa-Legrand."